Why Are These the Case?

I recently wrote an article about five strange casino policies, so this is essentially something of a follow up to that article.  This one, however, is about seven game quirks (machines and tables) that are beyond my understanding:

I've only played at a $10 Minimum Craps Table twice in my entire life, but one on of those occasions the House (which usually has $5 Tables) would not allow me to place the six and eight for $6 apiece. 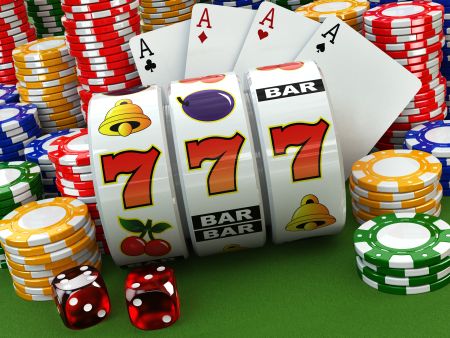 In my opinion, it is a bizarre provision that the Place Bet Minimums would go up along with the Line, Come and Field Minimums.  It simply joins those other bets in being inconsistent with all of the center action bets, which could still be made (if a player wanted) for as low as $1.00.

I'm not advocating doubling the center action Minimums to $2.00 to maintain consistency, rather, I'm advocating reducing the Place Bets to their normal Minimums of $5.00, or $6.00, effectively, for the six and eight.

Did the Place Six and Place Eight bets suddenly cease to be negative expectation bets upon which the House has an Expected Win?  If the player is forced to double the Pass Line bets, but discontinues making Six and Eight bets because the House is demanding $12.00 each for said bets, does it occur to nobody that the House is making less off of that player than had the Minimums just been $5.00?

That's good, reduce my overall action by either $1.00 or $7.00 per point established and have the $10.00 the casino is getting be on lower percentage action.  Really, the casino is doing me a favor!

The only way this policy makes any sense at all is if roughly half of the players say, 'Screw it,' and double everything.  I'm sure there are places where that happens, but the casino to which I reference is NOT one of them.

I would like to think the cat is out of the bag with respect to the need to Max Bet on Video Poker to get the full value, but maybe it's not.  I'd certainly like to think the higher limit players would be smarter than that, though.

Perhaps the bigger numbers in the pays columns are just more psychologically enticing, I guess that could be it.  I certainly know that 800 * 25 and 4000 * 5 yield the same result, though.

I absolutely do not understand what the appeal of Fixed Keno Games is supposed to be.  For those who don't know what I mean, Three-Six-Nine Way Keno is perhaps the best example:

The player MUST pick nine numbers and can play varying credit values for up to seven cards.  There are three A's, Three B's and Three C's.  The first card is a Nine-Spot, the 2nd-4th are Six Spots (A+B, A+C, B+C) and the last three are Three Spots.

Can it really be true that nobody understands this is just Multi-Card Keno with forced cards (in terms of spots) that are also forced to be highly correlated?

I'm sorry, but it's just a really stupid game, as are other games of this general nature.

4.) Make the Points Worth Less, NOT More Dollars to Get a Point!!!

I have never understood casinos who choose to make the coin-in for one slot point more than $1.00, because I cannot understand why the casino would not want to take advantage of the psychological tactic of having a player's points shoot up with virtually every play.

There are many casinos out there in which every point is worth a penny in comp dollars or convertible to Free Play, but it obviously takes more than $1.00 coin-in to achieve a Base Point.

Why is it that the theory of making things look better with bigger numbers (see Video Poker, above) does not apply to how slot points are earned?  Imagine $875 coin-in, what looks better: 875 Points or 175 Points?

3.) Pays Per Credit Per Line

Instead, I've noticed an increasing number of machines advertise Line Pays as, 'Per credit bet on the Line,' which of course makes the top pays look smaller at first glance.

Granted, I think it is certainly more honest to advertise it that way, but I sincerely doubt if it makes the machine look more appealing at first glance.  I think most slot players would be inclined just to go for the one with the bigger numbers.

What the Hell is with these newer machines that are capable of hundreds of Free Spins that are almost worthless in individual value relative to the overall bet?  Anyone?  Here are the problems:

A.) You increase time on device for the people that hit the Free Games, but the people who don't get to play long enough because the Line Pays are garbage.

C.) People who catch the Free Games are likely to quit when they win an underwhelming amount compared to what they would expect for that many plays on any other machine on Earth.   It starts off exciting, then it becomes humorous, it goes from humorous to tedious and then from tedious to annoying.

E.) Do you really want people to be thoroughly irritated by the result of a winning spin that is supposed to be the machine's high point?  Do you want people to win a small amount relative to the bet and immediately want to leave the device out of fear that they might win again?

F.) AAAAAGGGGHHHHH!!!  Only, fifty more, though.

G.) Another FIFTY!!??  Can someone please kill me?

I'm just saying, that's not the ideal reaction to your game.

I don't know if this is about device longevity or what, but I cannot comprehend why an electronic machine would not allow the reels to be short stopped with another press of any button.  Sadly, this is ALSO the case on some of the machines I mentioned above with the 6,235 Bonus Games.

Does it really cost that much to replace a broken button compared to keeping the player in the casino?  Are the manufacturers or casinos worried that the button-masher will feel cheated as a result of not getting to play long enough, of course, due to the button mashing?

First of all, it sucks for me to find a machine at an advantage that cannot be button-mashed because I then have to sit through every individual mind-numbing spin.  Much better I can just read an Article on my phone, or something, and glance up every now and then to see if the desired result has hit.

I don't think they care about that, though.

What they should care about is the annoyed player who is thinking about pulling out another hundred, but decides not to, because he can't manually stop the reels when there are no matching symbols on the first and second reels nor a Free Games symbol wherever they need to be.

If you keep making him watch the fact that he is losing in slow motion, he might end up keeping the rest of his money in his pocket and walking off the floor at regular speed.

Do you have any to add?  Please do so in the Comment Section below.

Slam stopping! I'd never thought about it before, but it would indeed, be awesome.

I am doing the Scooby Doo giggle to myself thinking that people would try to slam stop it, thinking it would have some impact on the symbols the reels would stop at.

They can and do!

I would say around half, if not a few more, of newer electronic slot machines can be slam stopped. It's simply profoundly annoying in those cases when they cannot.

In addition to the games with the possibility of hundreds of Bonus Games that each pay less than one penny, another example that comes to mind is a few of the Mystery Rewards machines. Basically, you can establish (easily) that you can't possibly win by the time you see the second reel, so let's just get on to the next spin!!!

One Keno example is Power Keno. Of course, Keno has to do the ball draw, but they should program the game in such a fashion that it doesn't go through all the lightning bolt animation and sound effects if the lightning bolt number does not actually result in a win. It's like, "Here, just to make sure you have time to fully appreciate the fact that you lost, here are some unnecessary animations."

Were I a casino owner or game manufacturer and I could cause a player to be less likely to be annoyed with my games AND play faster, I'd be all over it.