Playing Basic Strategy in 21 gives a player the perfect way to play any hand when the only information you available is the dealer’s up-card and your two card total. This strategy is the result of the hundreds of millions of hands of computer simulated play. The complete basic strategy derivations and values can be found at 888 casinos complete Blackjack guide, written by accomplished gaming author Henry Tamburin. Playing perfect strategy will reduce the house’s edge to approximately one half of one percent. This varies slightly and depends on the precise rules of the game. By employing some straight forward advanced strategy plays we can do a little better, and squeeze a little more EV out of our Advantage Play. Let’s take a look at some of the more common advanced plays. 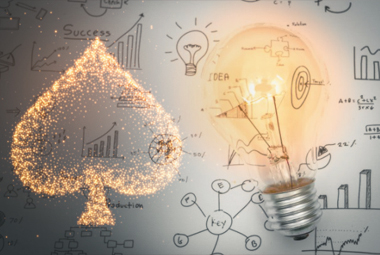 When you are a dealt a hard 16 against a dealer’s 10, and surrender is not available, the basic playing strategy dictates that you HIT the16. This is because over the long term the computer simulations tell us you will lose less money compared to standing. The traditional basic strategy doesn’t consider is the composition of the hand. Advanced strategy considers the make-up of the hand. And as it turns out that there is a difference between a hand that totals 16, consisting of a 10-6, or 9-7, and another containing, for example, a three-card 4-5-7. Yes, both hands total 16, but with the three-card 16, you are better off STANDING, whereas with the two-card 16, you should HIT.

The reasoning behind playing the two same totals differently is; when your hand contains three or more cards, the hand contains one (or more) small-value cards that are no longer available in the pack of un-played cards. These small cards are exactly what you need to make a pat hand when you hit your 16. The fact that a few of them are not available ( because they are in your hand) is enough to shift the odds toward standing rather than hitting the better play.

Noted author Fred Renzey, who authored Blackjack Bluebook II, says : "Against a 10 up, if your 16 contains any 4’s or 5’s, then stand." Gaming author Donald Schlesinger takes this rule one-step further with his Ultimate Blackjack Strategy cards where he states: "Stand if 16 is multi-card, or the result of a pair split." (Note: According to Schlesinger, "When all multi-card 16s are taken into account, and the edges are weighted, it is wiser to stand on all of them rather than hit on all of them. There are some exceptions, but their level of complexity was too great to be enunciated on the strategy card. These exceptions, however, are catalogued by Mike Shackleford.)

Another example where the better strategy is dependent upon the make-up of the cards is a starting total of 12 against a dealer’s 4 up card. Traditional basic strategy says to stand on 12 against a dealer 4. However, there are four different ways to be dealt a 12: 10-2, 9-3, 8-4 and 7-5 (we don’t include 6-6 because it would be considered as a pair to be split), and in the specific case of 10-2, you are slightly better off HITTING against the dealer’s 4, whereas with 9-3, 8-4, and 7-5, you are better off STANDING. This is derived from the 10-2 combination gives more cards available for a pat hand. Put another way Don Schlesinger states, "By having just one ten-value card in your hand when you hold a 10-2, you slightly lower your chances of breaking with a hit just enough to tip the balance in favor of risking busting by drawing one more card, rather than standing. This effect, however, diminishes as the number of decks increases, because removing one ten out of 16 is a lot more dramatic than removing one ten out of 128 for an eight-deck game. Therefore, for six or fewer decks, it’s best to hit a 12 consisting of 10-2 against a dealer’s 4 up card, but in an eight-deck game, it’s best to stand."

Another advanced playing technique that can further reduce the house edge over basic strategy is to make a bet on another player’s hand. You might think this is not allowed , but it is perfectly legal (as long as the player allows you to make a bet on his hand). This begs the question “why would you want to bet on another player’s hand?” The reasoning is it is because with some hands, a player will have a big edge and not even realize it. By adding to his bet it gives you the opportunity to take advantage of the high advantage situation.

This technique of betting on another player’s hand is called "hand interaction." In some casinos this is called back betting and is very common in many casinos overseas. 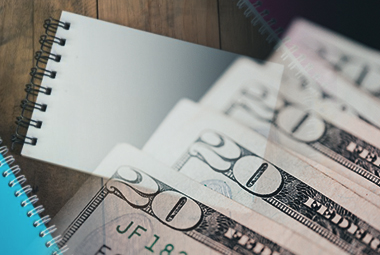 If the player next to you bets $20 and is dealt a 7-4 against a dealer’s 10; the player might know that the basic strategy for this play is to double down but he may be reluctant to push out another $20 with the dealer showing a 10, so instead he shoves out $10 worth of chips and doubles for less. This is when you should spring into action, toss $10 in chips to him and ask if you can complete his bet.

Essentially, your $10 is riding on the outcome of your fellow player’s hand. But what the player doesn’t know is that the hand sits at a 9% favorite, so if the player doesn’t know enough to take the whole advantage to himself, go ahead and take the rest. One extra double down per half hour for the same amount as your own bets, will reduce the house edge by approximately 0.15%.

Another hand interaction example involves pair splitting. Suppose a fellow player splits a pair of 7’s against a dealer 6 and draws another 7. The player should re-split, but he is like the previous example the player is hesitant to put out more money. A 7 against a dealer 6 is a positive EV hand, you should quickly toss a bet to him and offer to absorb the cost of splitting that third 7. You are a 3% favorite here, and if doubling after pair splitting is allowed, you’ll have approximately 10% edge on the hand.

Great article! I find this kind of information interesting and useful.