A Question of Psychology

A Time Not to Play?

In this week's Video Poker column, Bob Dancer discusses the absurdity of the notion of, 'Knowing When to Quit,' when neither quitting nor continuing to play can be presumed to have an impact on the Odds either for or against:

While Bob Dancer is undoubtedly a more intelligent gambler and more accomplished Advantage Player than myself, I must take exception with his assertion that the gentleman's decision to quit because, 'His streak was over,' was a bad decision.

The first and most obvious reason that quitting may have been a good decision is because, if the player legitimately believed in streaks, then he is likely not a winning Poker player, and as such, unless he is trying to better learn the game would be better off not playing to begin with.  If the individual in question is generally playing poker at a disadvantage, as I suspect to quite possibly be the case, then quitting the game at any point is a superior decision than continuing to play. 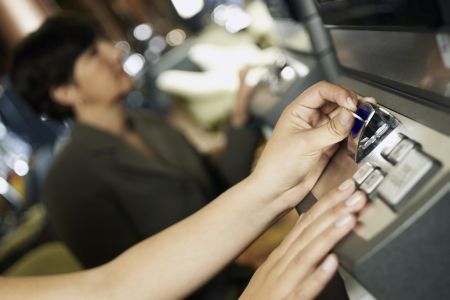 Even beyond that, though, while it would not affect Video Poker, Slots, Craps (or many other games) assuming that a player continues to play the best possible strategy for the game in question, can it not be accepted that such a belief in streaks may have a, "Placebo Effect,' in Live Poker?  In other words, is it possible that the Gambler's Fallacy, in a certain sense, can occasionally result in a self-fulfilling prophecy?

If we were to imagine that the gentleman in question, fearing his winning streak was coming to an end, had decided to continue to play, then is it possible that he would play much tighter than he should under the mistaken notion that he suddenly needed stronger hands than before to have a chance to win?  Might this individual  not fold an easily playable hand like KQ suited out of the Big Blind in the face of a mere 4x Raise from a middle position player?  If so, that's the wrong decision.  You simply cannot play cash poker scared, and if you do play scared, that is nearly as sure a recipe for losing as playing stupidly aggressive...though the losing will generally take longer in the playing scared case.

Psychological elements such as these do have a tremendous impact on Live Poker, though they obviously do not impact what cards are going to come out and in what order.  A player is not going to suddenly start getting dealt unplayable starting hands BECAUSE the player believes that his or her streak is coming to an end.  However, the player, by happenstance, might start getting dealt garbage in correlation with these feelings, and thus, the feelings will end up being reinforced and falsely validated.  As a result of this reinforcement and false validation, the player will come to accept, to an even greater degree, that the player's own impending sense of doom constitutes a valid reason not to play the game.

Unfortunately, there are many people out there who cannot put feelings such as these aside and the only manner in which they may be proven invalid (other than accepting that the Math/Odds did not suddenly change) is by continuing to play in spite of these feelings and to occasionally experience positive results.  The problem with that is the fact that as a result of, 'Playing scared,' the player is inherently less likely to experience positive results, and therefore, is more likely to have his negative and mathematically invalid feelings justified.  He might lose a hundred Big Blinds or something close to that...or maybe take a bad beat...and say, "See, I knew I should have quit!"

Indeed, Live Poker is probably one of the few exceptions to just playing according to the Math that I can think of.  For a Live Player to be at his most effective, that player must be, before all things, confident that he/she is playing a winning Poker game.  In that regard, my question is:  How can you confidently play a winning game if you strongly believe that you are going to lose?

In cases of fixed odds games, such as Video Poker, I absolutely and unequivocally concur with Bob Dancer's opinion that these Psychological feelings are not going to make a difference in the probability of getting dealt good hands, and as long as a player continues to play Optimal Strategy for the Video Poker game in question, then the results will be rendered unaffected by any notion that a, 'Good,' or, 'Bad,' streak is on the way.  Quite frankly, the Video Poker machine doesn't care what kind of a streak you think may be coming.

I would personally compare Live Poker to a sport, such as basketball.  If one does not have confidence in one's shot from a  certain position behind the three-point line, even if it is a shot that one would usually hit at a consistently strong percentage, then the Psychology of not feeling good about one's shot that day is going to play Hell on the player and, while the mechanics of what it takes to make the shot remain fundamentally unaltered, the player might not be as likely to shoot according to those mechanics given the feeling of foreboding.

For those who have the skill to perform well at Basketball, Live Poker or anything else in which Psychology can be a factor in how well one performs and the game is not a Fixed Odds game, they could attest that if you don't feel confident about how you are going to perform on a  given day, then there is a good chance that you will not perform as well as usual.  That's why I say, if you feel like today is going to be a bad day (or the rest of the day) at Live Poker, then don't play.

Bob is largely wrong, because as you say, he ignores the psychology involved in the game. He's partially right because a better way to go about it is to evaluate if the game is still +EV for you, and if it is, then keep playing. If not, quit. But the principle doesn't work the same as it does for something like VP.

In fact, it's often pretty bad to quit a poker game when you're way up, because being way up is more common when you are +EV at that table.

One other point is that in a no-limit game, you might be +EV with shallow or medium stacks, but -EV once you build up a stack, either because you are unskilled playing deep or are underbankrolled.

Last time I went to Atlantic City, I was in a pretty decent game and built up a big stack, but ended up quitting shortly thereafter because I realized that I was tired and I was starting to think about protecting my win rather than playing well.

Those are all excellent points, especially the one about it being more likely that you are +EV pursuant to the fact that you are ahead.

I have to defend Bob here. First, I'm not sure where your point of departure is. I don't see where Bob would disagree with your self-fulfilling prophecy argument. He was just saying that quitting because you're due to lose is a bad reason. On that, I agree with Dancer 100%.

My point of departure is the self-fulfilling prophecy position: While a person believing they are, 'Due,' to lose is patently nonsensical (I agree with Bob that such belief has no effect on the Odds) the belief itself can still play negatively on the player's Psychological outlook thereby causing the player to play worse.

Bob never said that wouldn't be a factor.