A Question of Equity (Part I of II)

When is Playing a Promotion Worth It?

"Come one, come all, to the Golden Goose Hotel & Casino where this Tuesday we are having a drawing for a brand new Toyota Corolla, five other Second Place finishers will get $100 Free Play.  Simply earn an entry for every ten Players Club Points on the day of the Promotion, beginning at 10:00a.m., to qualify for an entry.  Winners will be drawn at 11:00p.m. and you must be present to win!"

That seems like a pretty typical casino loudspeaker or written advertisement for a promotion of that nature, the one thing that they don't mention, is that you personally may have no chance in Hell of winning either the car or even the $100 Free Play.

There are a good many things that you might be interested in knowing that could be missing from that advertisement.  For one thing, did you know that if you are a lower-tier Player's Club card holder that you might be starting out with a 10,000 entry (100,000 points, perhaps $500,000 coin-in) disadvantage compared to everyone else who is playing for the prize? 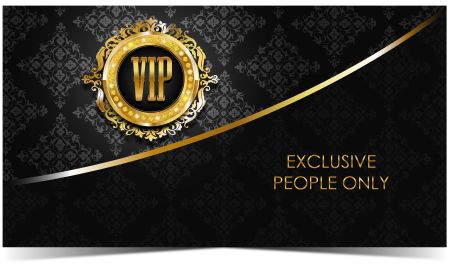 While it is rarely disclosed on the advertisement or the loudspeaker, it is not unusual for a casino to award its higher-tier Player's Club Cardholders with additional, "Bonus Entries," even prior to the onset of the Promotion.  How much are these entries worth you may ask?  Let's take a look:

Imagine that you are a $1 Video Poker player, which means that you bet $5 a hand and the best single-line game they have is 9/6 Jacks or Better.  You're a reasonably fast player who can play at an average of 800 hands per hour normally, but since you want to earn as many entries as possible, we have to consider that you may need to take bathroom breaks and eat at some point which slows you down to 750 hands per hour over the thirteen hours during which you can earn entries.  As a result, you will have played 9,750 hands, earned 9,750 points, and are rewarded with 975 entries.

But, but, what about the drawing equity?

Unfortunately, you have virtually no drawing equity.  There are a few potential reasons for that, for one thing, if there are higher card level players, then they might get a ridiculous sum of, "Bonus Points," just for swiping their card at the Kiosk, perhaps as many as 10,000 Entries, which is the equivalent of playing $500,000 coin-in.  See how that works?  You play for thirteen hours, the other guy swipes his card at a Kiosk and presses a button...maybe ten seconds...and he has much more equity in the drawing than you do.

This guy alone has more than 10 times the drawing equity that you do, and that's assuming he doesn't even play at all.  He has 10,000 Entries to your 975 Entries, let's imagine for a second that you and he were the only ones in the drawing:

He would have a 91.12% chance of winning the car, and your chance would be 9.88%, approximately.  Let's think about this:  He gets those extra Entries just for being of the highest Player's Card tier, but let's imagine that there are also a very pedestrian 100 other people at that tier level that day getting the free 10,000 Entries:

Okay, so now you have 975 Entires out of 1,000,000 entries, and that ignores the existence of every other player in the casino and the fact that these higher-tier players with the Bonus Entries may have also earned Entries with their play:  You now have a 0.09741% shot at winning the vehicle in the drawing.  Again, this is ignoring the fact that there are going to be all kinds of other points earned.

The MSRP of a 2016 Corolla apparently starts at $17,300, so we take your .0009740503 probability of winning the drawing, multiply it by the value of the vehicle (the cash option, which you should probably take, will be less) and you have approximately $16.85 in Equity in this drawing, considerably less than your Expected Loss.

Once again, that ignores everything except for your automatic entries, so chances are, your equity in the drawing is substantially less than that because you are going up against every other player who played at all and stuck around, other PC tiers might have automatic entries, the other players with automatic entries quite probably played themselves, and perhaps a good bit of coin-in, because that is how they got to those higher tiers in the first place.

I'm not saying that it is conclusively not worth playing during this particular Promotion.  Certainly, if you are inclined to play thirteen hours of Video Poker one day a week, then if there are no better promotion days available, (something as simple as double points would be much better equity for you than this) then by all means, anything that adds to your equity on the play (decreases Expected Loss) is a positive thing.  However, even for someone inclined to play this much Video Poker in one day, I cannot imagine a casino that does not have at least one better day a week to play than this.

We will look at a few other types of Promotions in the second part of this pair of Articles as well as discuss what you, as a player, need to do in order to determine whether or not you have worthwhile equity in a promotion.