How Do You Lose? (Part III of III)

In the first two of these Articles, we took a look at some of the Math related to 6:5 Blackjack compared to 3:2 Blackjack at different Table Minimums and also compared Blackjack to Craps in terms of Expected Loss per Hour.  The vast majority of other Table Games available in casinos, with exception perhaps to Baccarat, offer a House Edge that is greater than those of Craps and Blackjack, but there are many other ways to arrive at a reduced Expected Loss per Hour. 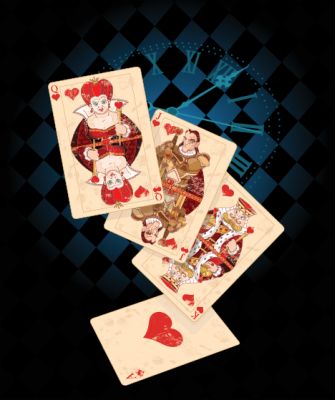 Baccarat is not a good way to go as it offers as many hands per hour, if not more, than Blackjack.  Furthermore, since there are no player decisions to make, the only procedural aspect of the game is doing payouts.  As a result, the game tends not to slow down entirely too much even in the event that there is a full table.  With that being said, the payouts take place even faster for Commission-Free variations of Baccarat, so as a result, if you are looking for a reduced hourly loss, Commission paid on Banker might be the way to go.

In order to minimize your Expected Loss per Hour, you are going to want to look for games that are typically offered at a low Minimum bet AND involve some type of non-obvious player decision.  For example, if you are playing Blackjack and are dealt a total of twenty, somebody is almost assuredly going to have something to say about it if you take longer than less than a second to decide to stand.

One other thing to keep in mind is that slow-play can often be frustrating for other players, but fortunately, there are a couple of games out there in which you can play by yourself and still not experience too many decisions-per hour.  Pai-Gow Tiles is a good example of such a game, and is often made slower by the fact that some people would rather feel their tiles than look at them immediately to determine the value.  The only problem with Pai-Gow Tiles is that it is often played for very high Table Minimums due to the extremely low House Edge of the game assuming Optimal Strategy.

Let it Ride and Three-Card Poker are games where a player has control of the action to a certain degree.  However, with these games, I would suggest that the other players, and perhaps even the dealer, are going to display varying degrees of frustration with you if you take half of their lives to make obvious decisions.  In addition to that, if you take thirty seconds to make a decision such as Taking it Back when you are dealt something like 4-6-9 off in Let It Ride, you're also going to succeed in boring the Hell out of yourself.

In terms of the lowest Expected Loss per Hour while also having a game that can be enjoyable to play slowly, my suggestion is, beyond a shadow of a doubt, Pai-Gow Poker.  Pai-Gow Poker is a game with a very complicated Optimal Strategy and players are generally not going to be extremely frustrated with you if you are playing the game slowly...because they probably are too!  In terms of hands per hour, you're naturally not going to see very many at a full Table, in fact, I would be surprised if you saw more than twenty hands per hour if you are at a full table and playing slowly.  Furthermore, many casinos still offer the game at a $5 Minimum!

If you are alone at the Table, then you can pretty much dictate the pace of the game.  Either way, at a Table that is either full or in which you are the lone player, it is not inconceivable to expect as few as twenty hands per hour.  In the event that the House offers Player Banking, you might not choose to bank if there is heavy action on the Table, but doing so would further reduce your House Edge.  There is also a WizardofOdds page that offers Pai-Gow Poker strategies of varying complexity for each situation.

If you want to stick to the Table Minimum, Pai-Gow Poker using the Wizard's Simple Strategy still offers a House Edge of only 2.69% even if you never bank.  At 20 hands per hour at a $5 bet, that translates to an Expected Hourly Loss of $2.69, which is almost undoubtedly the lowest Expected Loss per Hour short of playing at an advantage (such as card-counting or hole-carding) or sitting out rounds at some other game.  Pai-Gow Poker is also something of a sophisticated game, so unlike Blackjack and Three-Card Poker, it is much rarer to have people who are yelling at the Dealer, the Cards or otherwise behaving in an obnoxious manner.

There are still arguments that can reasonably be made in favor of Craps, particularly if a player is at a very busy Table and the minimum is $5.  However, in my opinion, if you are just betting the Pass Line or the Don't Pass and not taking any Odds (or even if you are taking them) Craps actually becomes more tedious the longer it takes between hands.  Furthermore, I think for most people there is going to be something of a psychological factor that will cause them to want to make some of the bad bets in those events that they do see people winning on them.  To that extent, the less money that you have moving back and forth (for yourself) at the Craps Table, arguably, the more boring the game becomes.

With that being said, you can be involved in every hand at Pai-Gow Poker, so the game should remain reasonably entertaining regardless of what pace you are playing at.  Furthermore, I believe that one may be less Psychologically compelled to play the sucker bets at PGP simple because they do not hit as often.  If someone has bets all the way across at the dice table, for instance, then one bet or another is being resolved on five out of six rolls!  Essentially, PGP is a game in which a person can only be making the Base Bet and not feel, "Left out."

When it comes to a bankroll friendly game, in my opinion, Pai-Gow Poker is undeniably the way to go!  If you need almost constant action, then Craps and placing the Six & Eight as well as making your Line bet is probably a good game, alternatively, one can play a Continuous Come strategy...but then I would argue that Blackjack probably becomes the least costly option per hour.