In the first part of this Article, we took a look at what should be a somewhat fundamental equation to determine hourly Expected Loss for a $10 6:5 Blackjack game as opposed to a $25 3:2 Blackjack game.  In this Article as well as the final one in this series, we are going to try to compare different games with respect to both strategy difficulty and Expected Loss per Hour under an Optimal Strategy.  The one aspect mentioned in the previous Article that will remain constant is the fact that more players at a given table should result in a reduced hourly Expected Loss because the game simply takes longer to deal.  It might be true that you would prefer to play alone, or at a minimum, with only one or two other players, but the Expected Loss per Hour is something that you should take into consideration when making this decision if you want to play a certain amount of hours.

I should clarify one thing about the previous Article, and that is that $10 6:5 Blackjack can sometimes seem the better game on an Expected Loss per Hour basis compared to $25 3:2 Blackjack, there are going to be many purists out there who would argue that you should never play 6:5 Blackjack, even in the event that you might sustain a lesser hourly loss, and I agree with those purists 100%!  The most detrimental aspect of anyone playing a 6:5 game is that it shows a tolerance for such games...a tolerance that could perhaps spread to even the $25 games.

With that being said, Blackjack is not a terribly difficult game, especially if one prints off a strategy sheet from Wizardofodds.com that is geared specifically to the set of Rules under which one will be playing.  However, there are even more simple games out there that could result in a reduced Expected Loss Per Hour as they require almost no strategy whatsoever. 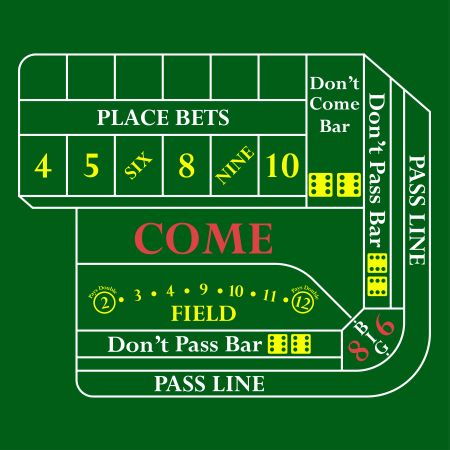 If we return to our Wizardofodds.com Hands per Hour answer.

One thing that we notice is that, on a Craps Table in which there is only one person playing, we will see 249 Rolls Per Hour.  However, that doesn't tell the whole story.  If one is making what is, perhaps, the most fundamental bet at the Craps Table, which is the Pass Line bet (you must make a Pass Line or Don't Pass bet to even roll the dice, so in essence, if you are the only player you are obligated to make one bet or the other) then you will face a House Edge of 1.41%.  What is important to understand from this page, however, is that only 29.6% of these rolls will be on the Come Out, which means that only 29.6% of these Rolls will ultimately result in a Resolved Bet.  Let's take the Rolls Per Hour and multiply them by .296 in order to determine the number of Pass or Don't Pass Resolutions per Hour:

Let's go back and compare that with our Blackjack Expected Losses just from eating 6:5 compared to playing 3:2:

As you can see, there is no comparison!  When it comes to comparably full tables, the $10 Craps player will do much better than the $10 6:5 Blackjack Player before the other effects of the House Edge of Blackjack are even taken into consideration.  However, maybe you want to play Blackjack, so let's compare $10 Craps to our $25 game of 3:2 Blackjack in terms of Expected Loss per Hour:

We need not go any farther to see that the $10 Craps game will result in a lower Expected Loss per Hour than the $25 Blackjack game.  Of course, that reflects the lower minimums involved.  Fortunately, even a $25 Craps game with a Pass Line bet (which requires no strategy) only has an Expected Loss per Hour of $25.97925 based on being the only player at the table and getting 249 rolls per hour in play.  With the $25 Blackjack game, though one would admittedly have to play very badly, it is possible that the $25 Craps player might see a lower Expected Loss per Hour as Craps requires nothing more than a very fundamental strategy of pick the Pass or Don't Pass, bet only on that, Odds are optional.

It is also important to recognize that these Expected Rolls Per Hour in Craps are based on bets of all kinds, not just the Pass Line.  To wit, a Craps Table that is getting a ton of Place Bets and Center Action Bets is going to play much slower than the numbers above, while a table full of smart Line/Odds only bettors will generally play faster.  I've seen Craps Tables loaded with Center Action players and Place Bettors that were getting, at most, one hand per minute in.  The only downside to that is that someone only playing the Pass Line might find it boring to wait so long for the Pass Line bet to be resolved, and therefore be tempted to take on some higher House Edge bets.

To an extent, you can also control the pace of the Craps Table when you are shooting.  You do not necessarily have to pick up the dice and fling them right away, go ahead and try to set the Flying-V or something along those lines...it's fun!  Besides that, when you get on a great roll, people start looking at you like you actually had something to do with it.  Remember, when it comes to Expected Loss per Hour, the only party that has any interest in keeping the game fast-moving is the casino!  It's a little tougher to have a slow-moving Blackjack game with multiple players at the table because they can often be a bit more verbally aggressive in wanting you to play quickly.

In conclusion, if you just want to stretch your buck, Craps is a great way to go!

For the last part of this Article, we're going to discuss games in which decisions are made, such as Three-Card Poker and Pai-Gow Poker and see where the Expected Hands per Hour leads the Expected Loss per Hour.  Pai-Gow Poker, for instance, is an excellent game for taking your sweet time and there really isn't anything anybody can say about it.