Absolutely! You will see countless number of nude men

Nude men old hippie dope smokers,
you would literally have to pay me
to go. Wait, there's no food trucks
or any food for sale?

Not everyone's cuppajoe, but for those who are progressive, liberal and value the arts and all that goes with it, it's arguably the best event in the world.
"What, me worry?"
gordonm888

The ability of dust/sand particles to infiltrate organic materials such as fabrics and seals around windows (as well as some kind of joints in inorganic materials) is a function of particle size. Dirt and sand come in a range of particle sizes. The very very tiny particles, when traveling at high speed, will penetrate tent fabrics, rubber seals around windows etcetera.

This is why Wizard refers to "dust" -it is simply very tiny dirt/sand particles. Indeed, if you wanted to separate very tiny particles from the dirt/sand this is one way to do it - let it blow through your tent fabric. The particles that Wiz shows us on outside surfaces are probably much larger in size, on average.

Residents on the plains of Idaho tell me that no matter how well you seal your windows, that a layer of fine particles will build up on the inner sill of all the windows that face West.

You may be surprised to learn that very small particles, i.e. dust, can stay airborne for very long periods of time. The downward gravitational force on the particle is small and can be completely nullified by a combination of natural air buoyancy and upward air currents that arise because of wind drag on the ground. Tiny particles tend to random walk - up and down - until they encounter a surface and adhere.
So many better men, a few of them friends, were dead. And a thousand thousand slimy things lived on, and so did I.
EvenBob

but for those who are progressive, liberal and value the arts

Hillary voters. Nuff said. A week of brainless
Trump bashing while their 401K's are
bursting at the seams in the Trump
economy.. Whatever..
"It's not enough to succeed, your friends must fail." Gore Vidal
Wizard
Administrator

Looks like there’s an unwritten rule: “you can’t have showered within 10 days to enter”.

I'm sure most enter clean, but don't stay that way for long.

It’s just a bunch of people going out to the middle of a desert and basically partying and hanging out? Plus different activities (which don’t seem too interesting IMO). And you can’t use money for stuff? I can see why some people would enjoy that....but to me, that would be absolute hell.

I'll be the first to say that BM is not for everybody. In fact, I think only about 20% of the adult population would like it.

What’s the political “scene” like, there? I have a feeling, but just wondering what you thought. Were there any people vocal about politics (rallies / speeches / protests(?) / etc.)? Do you think the demographics are about the same as normal, or disproportionate?

There was absolutely no political agenda there. I never saw anybody making any kind of political statement. BM is deliberately supposed to take you away from the real world. Political speeches would "ruin your burn." The closest thing I saw was one camp gave lots of talks about Bitcoin. It didn't look like many people went.

There was absolutely no political agenda there. I never saw anybody making any kind of political statement.

No Trump bashing? Not in front of
you, maybe, but thousands of ultra
Libs cannot gather and not have
TDS just disappear. Not possible.
"It's not enough to succeed, your friends must fail." Gore Vidal
TigerWu

Hillary voters. Nuff said. A week of brainless
Trump bashing while their 401K's are
bursting at the seams in the Trump
economy.. Whatever..

Wrong thread for this crap.
TigerWu

No Trump bashing? Not in front of
you, maybe, but thousands of ultra
Libs cannot gather and not have
TDS just disappear. Not possible. 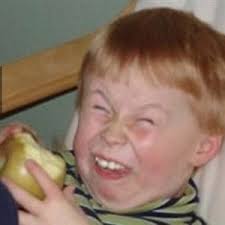 No Trump bashing? Not in front of
you, maybe, but thousands of ultra
Libs cannot gather and not have
TDS just disappear. Not possible.

I was there and never heard Trump mentioned once. There was one camp where there was a simulated nuclear war between North Korea and the U.S. where you shot ping pong balls at each other. The sign had pictures of Trump and Kim on it. I think I also saw one camp decorated in part with a Trump mask but it wasn't in an unflattering way.

I'm sure most participants are lean liberal, but I absolutely stand by my statement that nobody there was political. People wanted to escape the real world for a week.
It's not whether you win or lose; it's whether or not you had a good bet.
EvenBob

Wrong thread for this crap.

What thread should Burning Man be
discussed in, oh wise one..
"It's not enough to succeed, your friends must fail." Gore Vidal
RSS Feed