tringlomane
tringlomane
Joined: Aug 25, 2012
The global warming conspiracy has been at it for over 100 years! Smh 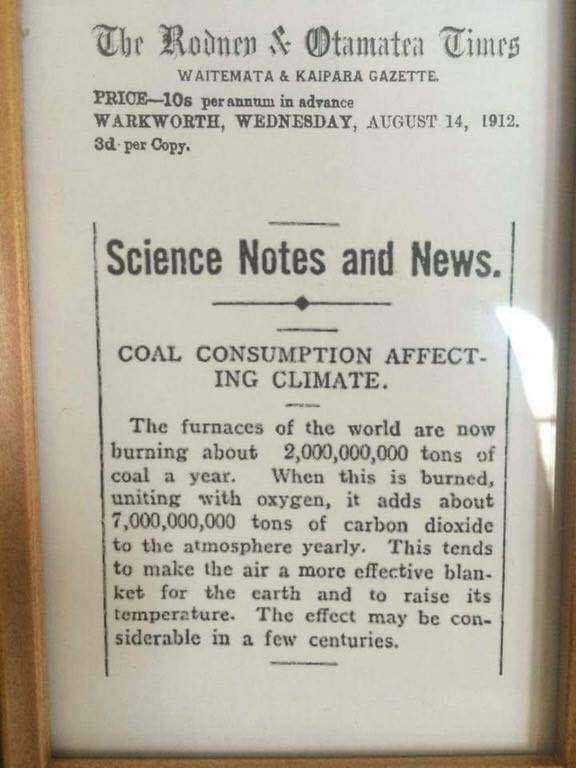 Oh. He needs to work on his sarcasm then. I would have assumed anyone following the thread sees quite clearly that I am very informed about GW theory. Informed enough to not just dismiss it, but to have given multiple reasons for my dismissal. He just said something about pumping out all kinds of CO2 for some unknown reason.

Sarcasm is the use of irony to convey contempt. Like, "Calling for blizzard and record cold, is it time for the GW convention?" This uses irony because there have been several GW conventions held during record snow or/and cold and conveys contempt for the GW position because they are having problems with the same cold weather and snow they say was supposed to not happen.

Saying "then lets pump CO2" is not sarcasm by that definition. So that is why I did not get it.
All animals are equal, but some are more equal than others
petroglyph

But the scientists said they would be gone!

Maybe they will get one right one day.

My x and I went to Glacier national park in the late 70's and were at the lake that that glacier feeds [glacier lake]. Had a blanket on the shore and she stripped naked and went out to about 3 foot deep and squatted down until just her head was sticking out.

She said, cuh cuh come on on in in, the wuh water's fuh fine. I said, you're a ****ing liar. She stood up so fast and almost ran out on top of the water it was so frigging cold. I should have known then.
Last edited by: petroglyph on Jun 10, 2019
rxwine

What a conundrum if true. Save the world from disaster and be labeled a charlatan or just let the world implode with your reputation intact?

What would you guys do?

I will try and phrase how I see the problem. I would contend there is no problem waiting on doing anything until there is enough satisfying data, with the exception, on any problem where the satisfying data is not received soon enough to solve it. So if the conclusion on the data comes without the ability to resolve it, as you've waited too long to implement it, you've got an issue on your hands if trouble is coming as you waited too long to correct it.

Three things are true. The planet is warming. The CO2 is rising. And the rising coincides steeply with human activity. You can say correlation doesn't equal causation, but you just have to buy that it is a big coincidence then. They may not have temps recorded way back when, but you can look at recent ice cores, older ice cores, and even very very very old ice cores and get CO2 data. It has RISEN very significantly recently at least as large time scales go.

If the argument were that we were endangering lives making the decision to try to circumvent what is happening I think it would be a fair argument against doing anything. But we're not. If the argument was that we will never need alternative energy developed, that too would be a good argument. We will eventually develop it anyway. What we would be doing is something we would do in the future anyway, with the advantage that it might avert some disaster by doing it now. Yes, people will possibly lose jobs in one energy sector but that isn't even a good argument as we can create jobs in a new energy sector.
Quasimodo? Does that name ring a bell?
Gabes22

Gabes22
Joined: Jul 19, 2011
What method of pumping CO2 into the atmosphere is your preferred method? How about we all just heavily exhale in unison?
A flute with no holes is not a flute, a donut with no holes is a danish
FleaStiff

What method of pumping CO2 into the atmosphere is your preferred method? How about we all just heavily exhale in unison?

petroglyph
Joined: Jan 3, 2013
Looks like Kim had a reason to have him killed, if that's what happened. It's ok to kill traitors isn't it?
https://www.wsj.com/articles/north-korean-leaders-slain-half-brother-was-said-to-have-been-a-cia-informant-11560203662?shareToken=stf742ea1d97cd46f79d6774c94d2e725b&reflink=share_mobilewebshare
darkoz

Looks like Kim had a reason to have him killed, if that's what happened. It's ok to kill traitors isn't it?
https://www.wsj.com/articles/north-korean-leaders-slain-half-brother-was-said-to-have-been-a-cia-informant-11560203662?shareToken=stf742ea1d97cd46f79d6774c94d2e725b&reflink=share_mobilewebshare

So if you knew there was an American who was a traitor you would have no problem with him being killed without a fair trial?

And by having a chemical wash slathered in his face in an airport?
For Whom the bus tolls; The bus tolls for thee
mcallister3200

So if you knew there was an American who was a traitor you would have no problem with him being killed without a fair trial?


No, but let’s not be naive enough to pretend our own government hasn’t likely done this on several occasions throughout history without our knowledge, probably through third parties to retain plausible deniability.
RSS Feed