Casino Hold'em® Poker-Plusô: The First (Triple-Pot Progressive®) for ANY Poker Games. By Stephen Au-Yeung ©2012.
The same Math could applied to any Five random cards Poker-hand.
* In Partnership with TCS-JohnHuxley. CasinoHoldemPlusTCS.com
* Math Analysed at Wizard of Odds: CasinoHoldemPlusWoO.com 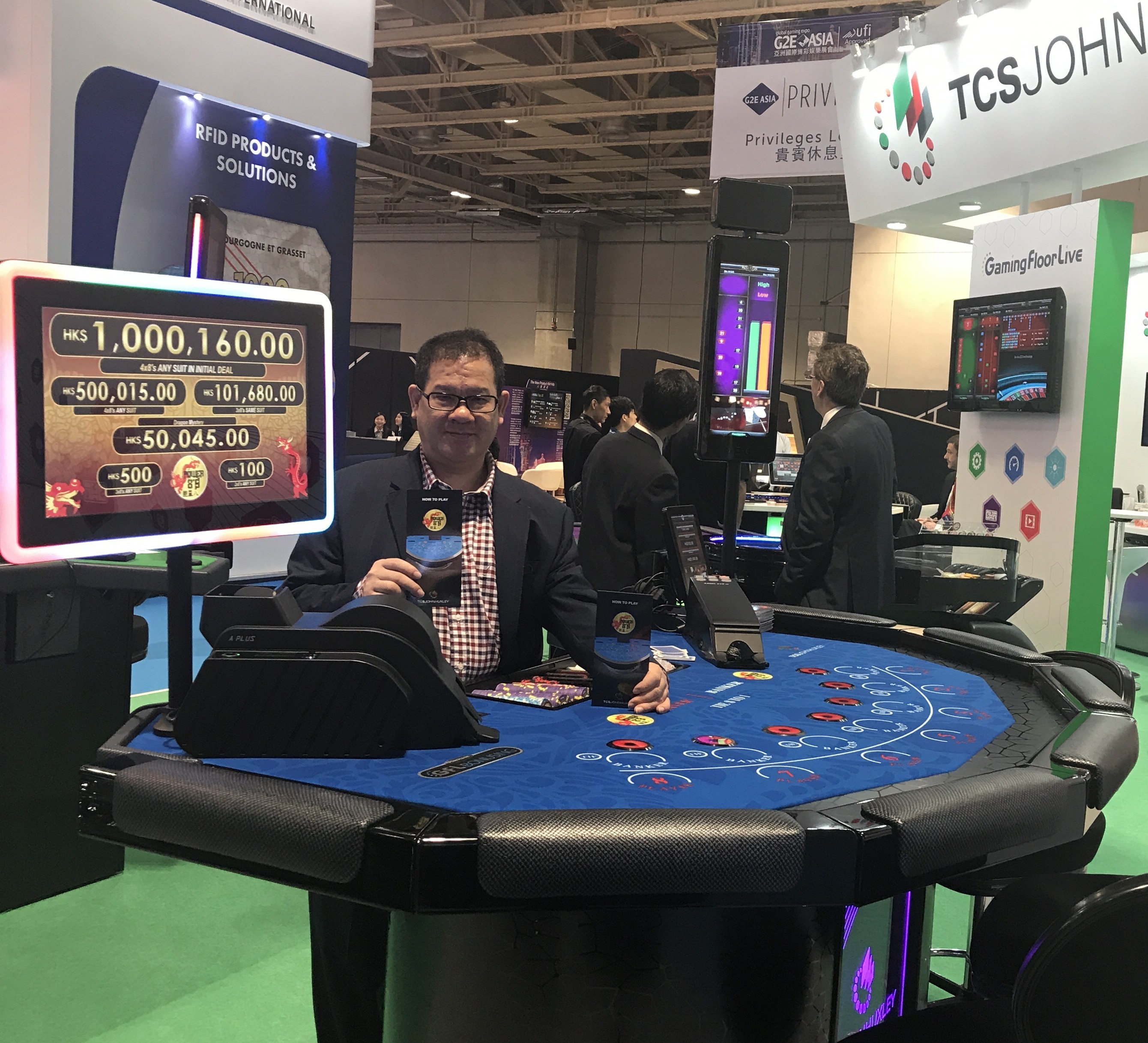 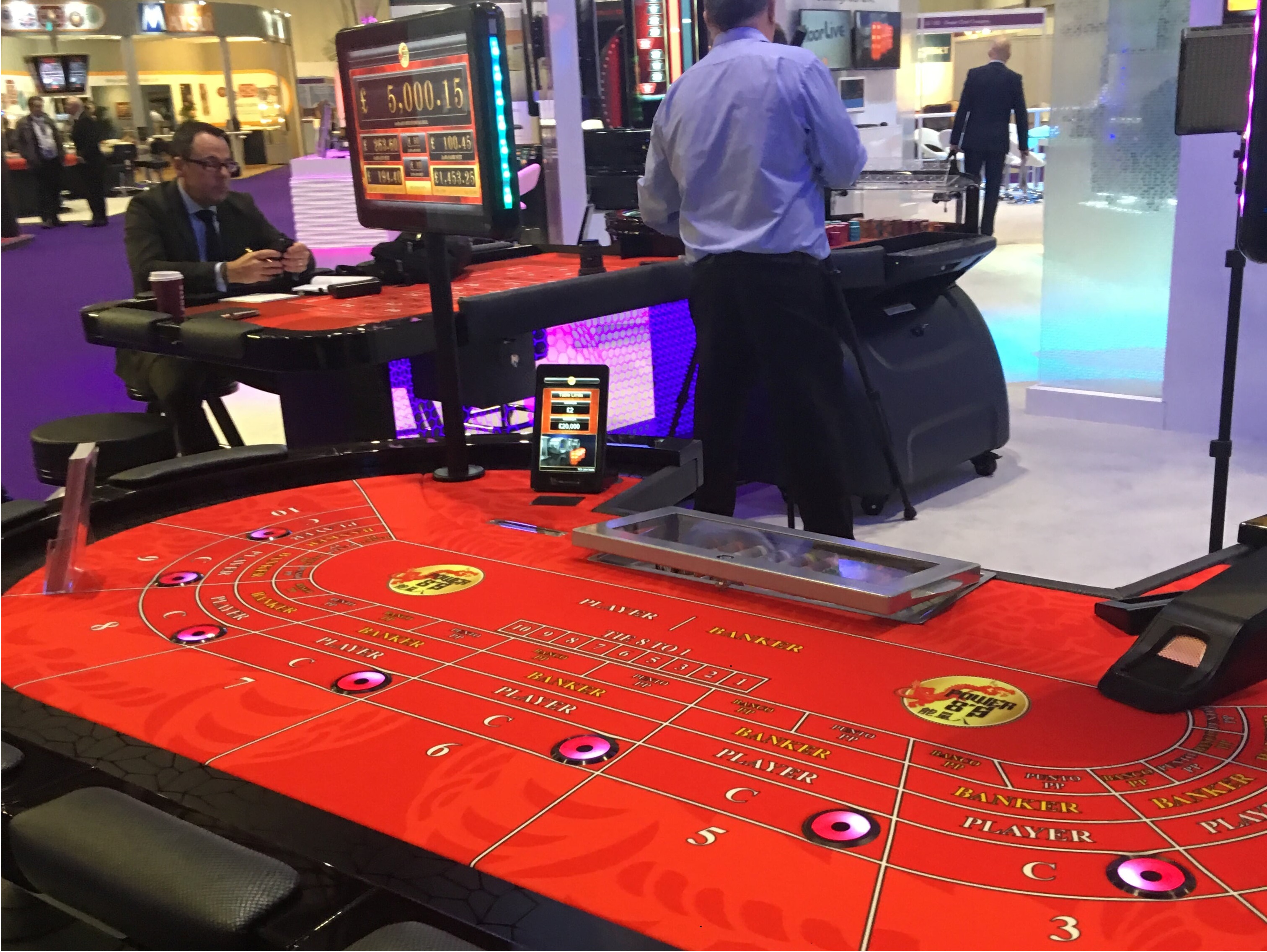 I thought this was for news not self-promotion
MrCasinoGames

MrCasinoGames
Joined: Sep 13, 2010
NeverEndingNews.com Gaming-News on Monday to Friday Only (No NEWS on Weekends).
*** Weekends are for: WizardOfVegas, WizardOfOdds, LCB.org, Old Gaming-News and New Table-Games.
Please Block this Thread or Me, if it's off interest to you. For informations, PM any WoV-Moderators.

26. GAMBLING IN THE USA Indiana to Launch Sports Betting in September. http://bit.ly/2S3YsWq

19. Sports betting operations could begin in Indiana in September. http://bit.ly/2YGLWP8

17. Philippines: D'Heights Casino has a soft opening in Clark. http://bit.ly/2YGcujr

8. (Wisconsin) Republican legislators have scheduled a hearing on a bill that would keep the names of lottery winners secret. Assembly Speaker Robin Vos introduced the bill in April on the same day 24-year-old Manuel Franco came forward to claim a $768 million Powerball prize. http://bit.ly/2YGc9NV

6. (Iowa) A new Iowa law will set aside part of the stateís lottery revenues to help the families of firefighters and law enforcement officers keep insurance after their deaths.
Read more: Associated Press

5. (Texas) The last time we spoke to the Alabama-Coushatta tribe about their fight with the state, DETCOG and virtually all the surrounding had pledged their support for the tribe. The State of Texas is trying to shut down Naskila Gaming, a Class II Indian Gaming facility. http://bit.ly/2G1vaTk

4. (Arizona) Tucson could get a new casino if the Pascua Yaqui Tribe and the city reach an agreement ó a first of its kind between the city and a tribe. Tribal leaders want property they own in the city, near West Grant Road and Interstate 10, to be accepted into trust by the United States so they can build and operate a casino there. http://bit.ly/2XwZ50P

2. World Series of Poker Main Event on record pace for number of entrants. http://bit.ly/2NGoVec
This year's $10,000 Main Event is already the second-largest in the WSOP's 50-year history, trailing only the 2006 Main Event, which had 8,773 entries.

1. APCW Perspectives: Levies, fines and bribes VIDEO: http://bit.ly/30m401i
A taxing situation is developing in the U.K., as some in government are considering a mandatory levy on the gambling industry.

I thought this was for news not self-promotion

You thought wrong sir 🤣
You can shear a sheep a hundred times, but you can skin it only once. ó Amarillo Slim Preston
MrCasinoGames

MrCasinoGames
Joined: Sep 13, 2010
NeverEndingNews.com Gaming-News on Monday to Friday Only (No NEWS on Weekends).
*** Weekends are for: WizardOfVegas, WizardOfOdds, LCB.org, Old Gaming-News and New Table-Games.
Please Block this Thread or Me, if it's off interest to you. For informations, PM any WoV-Moderators.

9. Slot-like machines based on past horse races bring casino-style gaming to Virginia. http://bit.ly/30rTtBZ

2. Megawide Construction Corp has dropped a plan to develop a casino on Cebu island, though will push ahead with plans for three hotels. http://bit.ly/2XxtbkF

1. Suncity at Miss Macau event: Hoiana on track for December launch, golf course to open this month. http://bit.ly/2YIRNDx
Suncity Groupís Vietnam integrated resort, Hoiana, is set to open the first of its facilities this month with the Ö

World Series of Poker Main Event on record pace for number of entrants. http://bit.ly/2NGoVec
This year's $10,000 Main Event is already the second-largest in the WSOP's 50-year history, trailing only the 2006 Main Event, which had 8,773 entries.

20. (Atlantic City) The opening of the Showboat hotelís apartments has created another housing option for those seeking luxury in the seaside resort. The Showboat Residences, Boraie Developmentís 600 NoBe in the South Inlet and the proposed Marina District luxury condominium development project are all part of the new wave of luxury housing in Atlantic City that officials and developers believe can help make the resort a more attractive place to live. http://bit.ly/2xDi36n

19. (Massachusetts) The biggest and most expensive celebrity at Encore Boston Harbor casino resort is a 7-foot statue of Popeye, a chrome sculpture by American artist Jeff Koons, purchased for $28 million. Within the first week of the June 23 opening of the Northeastís largest gaming venue, just steps north of Boston, thousands of visitors snapped selfies and family portraits beside it. No one posed with a can of spinach ó but almost everyone flexed a bicep. http://bit.ly/2xG2E5q

18. (Florida) Employees at the Eldorado Resorts-owned Isle Casino in Pompano Beach, Florida have voted to strike as the property prepares to join Caesars Entertainment. http://bit.ly/2XCKnQI

17. (Illinois) Just because Gov. J.B. Pritzker has signed a massive gaming expansion into law, which, among other things, legalized sports wagering in Illinois, it doesnít mean people can wager on their favorite pro sports teamsí games right away. http://bit.ly/2G5aCJX

16. (Indiana) If there is a race between Terre Haute and Danville, Illinois, to see which city will be first with a casino, Danville is in the lead, a member of that cityís casino steering committee said. http://bit.ly/2S4UM6K

MrCasinoGames
Joined: Sep 13, 2010
NeverEndingNews.com Gaming-News on Monday to Friday Only (No NEWS on Weekends).
*** Weekends are for: WizardOfVegas, WizardOfOdds, LCB.org, Old Gaming-News and New Table-Games.
Thread has been Approved. Please Block Thread if it's off interest to you.


25. This Week in Gambling: Online gambling news for New York, Maine and Illinois. VIDEO: http://bit.ly/2XDEFmI
J. Todd has another week's worth of gambling news to share, starting with another missed opportunity for online poker in New York state.

21. Nebraska could mark a majority of US states with commercial gambling on its 2020 ballot. http://bit.ly/2XXUFPN

18. Behind the scenes at the Fountains of Bellagio in Las Vegas with the divers who work there. http://bit.ly/2XEiyrl

15. (Atlantic City) It was not too long ago that Gardnerís Basin was flourishing, said Gregory Wood, owner of Fish Heads, a seafood and sandwich shop that overlooks the water. ìGardnerís Basin was thriving two seasons ago,î said the 57-year-old Atlantic City native who has been operating his food stand in the historic district since 1997. http://bit.ly/2S724Xu

14. (Pennsylvania) With state lawmakers formally introducing legislation to outlaw games of skill machines, a predominant maker of the machines announced Tuesday they have filed a lawsuit against a Johnstown area gaming operator, saying his games made by a different company are illegal. http://bit.ly/2XBvYVe

13. (Illinois) With the deadline to submit casino-development plans to the Illinois Gaming Board quickly approaching, city officials say they are poised and ready to send a request for proposals to casino operators all over the country in early July. http://bit.ly/2XTTvoj

12. (Texas) Madisonville County Commissioners agreed Monday to add its support to the Alabama-Coushatta Tribe of Texas in the tribeís efforts to keep its Naskila gaming facility in Livingston open. http://bit.ly/2G7kUt3

11. (Oregon) A popular gambling destination about 90 minutes southeast of the Tri-Cities is investing $85 million in family-friendly updates and a new hotel tower. Work has started on the multiphased project at Wildhorse Resort & Casino at Mission, Ore., just east of Pendleton. http://bit.ly/2XyKPEC

10. (Las Vegas) A guest at Caesars Palace won a nearly $1.5 million jackpot Monday while playing Three Card Poker. The man won $1.46 million after being dealt a royal flush, according to a tweet posted by Caesars Palace. http://bit.ly/2JAxYYL

9. (Las Vegas) We could joke that, for Oscar Goodman, an 80-martini salute is a good start. But no, the former mayor of Las Vegas is being celebrated appropriately for his 80th birthday. An 80-martini salute and street party is set for 6 p.m. (doors at 5 p.m.) July 18 at Main Street Stage at Fremont Street Experience. http://bit.ly/2XCjZXr

7. Berjaya reduced its shares in the Philippines Gaming Management Corp. to invest in other projects http://ayre.to/rXIJ30p66GS

MrCasinoGames
Joined: Sep 13, 2010
NeverEndingNews.com Gaming-News on Monday to Friday Only (No NEWS on Weekends).
*** Weekends are for: WizardOfVegas, WizardOfOdds, LCB.org, Old Gaming-News and New Table-Games.
This Thread has been Approved. Please Block Thread if it's OFF interest to you.

16. No formal court documents regarding encroached land
Silver Heritage Group said it has not been formally served any court documents or evidence in relation to allegations that its Tiger Palace Resort in Nepal is encroaching public land. http://bit.ly/2SdXpU2

15. IPI acquires 50 percent stake in Saipan resort developer
Imperial Pacific International has announced it has entered into a sale and purchase agreement to acquire a 50 percent stake in American Sinopan LLC, a company developing on two pieces of land in Saipan. http://bit.ly/2Jx02h3

10. Silver Heritage yet to see any court documents on alleged Tiger Palace land encroachment. http://bit.ly/2LidhE4
Southeast Asian casino operator Silver Heritage Group says it has not been served with any official documents Ö

7. Making a wager? Half of Americans live in states soon to offer sports gambling. http://bit.ly/2NXOGGK

30. Gateway's Cascades Casino Chatham-Kent will have a soft opening on July 16. http://bit.ly/2XZjKdd

24. (Massachusetts) The parties in the Mashpee Wampanoag Tribeís lawsuit against the U.S. Department of the Interior have agreed to a timeline that could see the case briefing wrapped up by the middle of October, according to federal court filings. http://bit.ly/2JvG0U3

22. (Pennsylvania) Since Mount Airy Casino Resort opened in Monroe Countyís Paradise Township in late 2007, it has seen continuous growth in its audience ó to the point that the occupancy rate at its original 188-room hotel was consistently above 98 percent. So Mount Airy knew it needed to expand, says Vincent Jordan, the resortís vice president of marketing and gaming operations. http://bit.ly/2XYz3Tq

21. (Indiana) Some members of the Vigo County business community are asking people to ante up in support of a casino. Many of the same business leaders involved in the Terre Haute Chamber of Commerceís ìall inî campaign on Tuesday announced the formation of the Advance West Central Indiana Political Action Committee.
Read more: Dave Taylor, Kokomo Tribune

20. (Illinois) More than 1.4 million admissions to Rivers Casino in Des Plaines have been recorded this year through June 30, which is nearly three times the number of admissions as the next closest casino, Joliet-Harrahs, where there were 595,000 for the first six months of 2019http://bit.ly/2xOTtiR

19. (Nevada) The fire burning up whatís left of the relationship between Nevada and the Department of Energy got another log thrown in when the DOE revealed it sent 32 shipments of radioactive waste over five years to the Nevada National Security Site that did not meet disposal requirements. http://bit.ly/2JFhhLA