One of the primary criticisms of Online Casinos is that they do not truly reflect the land-based casino experience, and that happens to be a criticism that I agree with.  It is for that reason that I only play at online casinos, personally, if I believe that I am playing with some sort of an advantage.

Let’s face it: Most online casinos have very few, if any, video poker variants, they are limited in side bets on other games, and even the video keno offerings are generally weak.  In order to have any hope of being a reasonable facsimile of the land-based casino experience, online casinos and their software providers are going to have to make an effort to step up their game in acquiring the rights to bets that are popular in brick-and-mortar casinos. 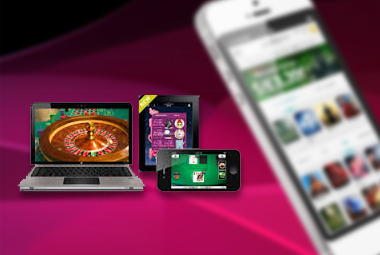 I suspect that is going to be very unlikely when it comes to video poker, because the video poker manufacturers seem loathe to license the rights to their proprietary games to online casinos, but some headway seems to be being made in Blackjack and PlayTech is on the forefront of it.

On September 1st, 2016, they announced that the popular land-based blackjack side bet 21+3 would be coming to their live dealer casinos.  For those of you who are unfamiliar with the bet, it is a simple bet in which the player’s two starting cards are combined with the dealer’s upcard and the resultant three-card hand is adjudicated based upon hitting a three-card straight, flush, straight-flush or three-of-a-kind.

While blackjack sidebets, as well all know, are categorically a bad bet for the player, especially compared to the low house edge that players can enjoy on most games of blackjack, we also know that something close to half of blackjack players throw a side bet out there from time to time.  In addition to the fact that the side bets can result in payouts that are many multiples of the amount wagered, they are also attractive in blackjack because they can turn a hand that would otherwise be a net loser into a winning result.

PlayTech is also adding a little twist to their version of the 21+3 side bet that will be offered with their live blackjack: If the player receives a suited three-of-a-kind, then the player shall win 100:1 on the bet.  I analyzed the return (just from that) on a companion editorial published on LatestCasinoBonuses.com, and this is what I came up with:

Which means that the player can expect to see such a result roughly one in every 4,820.5 hands.  The RTP that comes from that pay alone is also 2.074%, so players who fail to hit that result (or any other three of a kind, for that matter) will not perform terribly well on this high variance side bet.

That is based on a six-deck shoe, and when PlayTech actually rolls the bet out, I will determine how many decks are used in the game, and if it is not six, I will make a comment to that effect.  Either that, or I will simply go in and edit this article.

While 2% of the return coming from a fairly uncommon occurrence is going to result in a high degree of variance for this side bet, not to mention the lack of frequency on the other pays.

To wit, when the pair doesn’t pay anything, the hit rate on this side bet is slightly less than 10%, so it is often nothing more than a good way, as are most side bets, to watch your money disappear quickly. 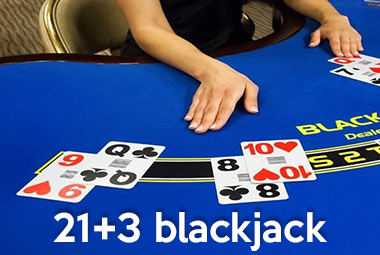 Even with that, it is undoubtedly so that this side bet will get some play on casinos that run PlayTech’s live blackjack, especially due to the potential to make a $5 side bet and win $500 as a result if the player hits the suited three-of-a-kind.  It is also possible for this side bet to be counted unless the casino uses a continuous shuffling machine, if the cut is deep enough, so I plan to follow up and watch the game to determine how it is dealt.

Most likely, there will be no advantage to be had on this one and it will represent nothing more than s side bet that is expected to lose and lose frequently.  MicroGaming once offered (and maybe still does) a version of this side bet with a house edge of a little over 4%, so that tells you how much worse a player is going to have it on the side bet than on the base game.

Either way, it remains a positive that PlayTech is rolling out a proprietary side bet and represents just one small step along the way as online casinos endeavor to become more like their land-based counterparts.  All we can do now is wait and see what other side bets for blackjack, or variations of other games, find their way into online casinos.

For my part, I am hoping that some of the popular video poker variants in casinos make their way online, but since the vast majority of those come from the same manufacturer, that really is a question of whether or not they are willing to license the proprietary rights to the games, and if so, whether or not the casinos are willing to pay for them.