Full disclosure — I hate shopping. Like most men, I'm simply perplexed why women seem to enjoy the process. So I am not the best candidate to write a review of a shopping mall. In fact, I am going to take the lazy way out and mostly let the pictures speak for themselves.

Downtown Summerlin is located in Summerlin, which is on the west side of Las Vegas. It is between Sahara Boulevard and the Red Rock casino north and south and Pavillion Center Drive and the 215 Beltway east and west. If you're coming from the 215, take the Sahara exit. If taking the surface streets head west on Sahara. From the intersection of Sahara and the Strip it will take about 30 minutes to get there.

Physically, Downtown Summerlin is laid out in small blocks at the center, among the smaller stores. Unlike most outdoor shopping centers I've seen like this, driving and parking is allowed along the streets. This area is surrounded by large parking lots and larger stores.

The feel of Downtown Summerlin seems to cater to younger women. LOTS of clothing stores and the vast majority cater to women, although one could say that about most shopping centers. There didn't seem to be much for us men. Here is a list of the shops at time of this review, a week after the public opening.

Please don't write to me when this table becomes outdated. It is meant to show what was there in October, 2014. You can get the list of the current occupants at downtownsummerlin.com/directory.

That is about all I can think of to say. I'll let the pictures do the rest of the talking. Click on any image for a larger version. 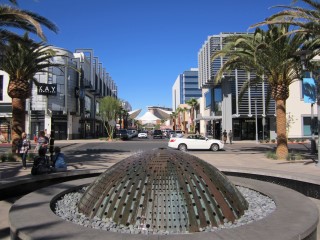 This is looking down the main street, with Dillard's behind me. That tall brown building in the background is the Red Rock hotel/casino. 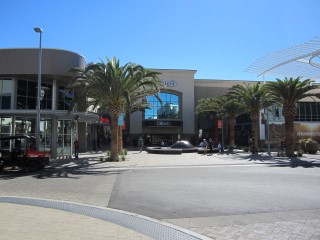 Looking the other way, towards Dillard's. Those are nice canary palm trees. 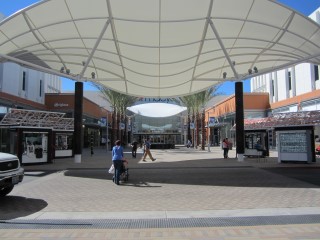 At least there will be some shade in the summer. That is Macy's in the background. 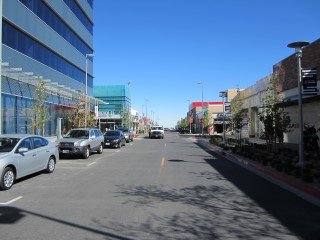 One of the side streets. 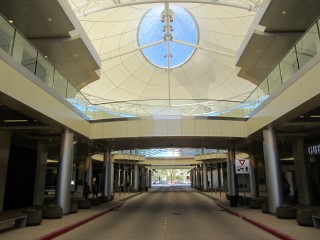 This is under the pointy structure you can see looking at Downtown Summerlin from a distance. Not many tenants have moved into this section at the time of this writing. 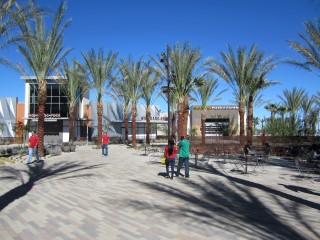 Wolfgang Puck and the California Pizza Kitchen -- two of my favorites! They didn't seem to be open yet. 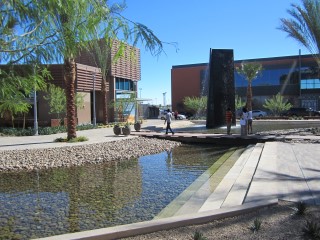 This is called the "Dining Arroyo." Arroyo is Spanish for stream, just FYI. Is it just me, or is anybody else annoyed by this unnecessary mixing of English and Spanish? 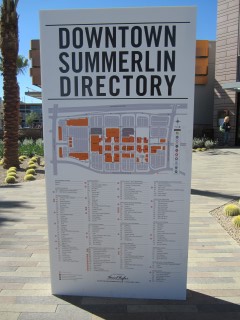 Here is the directory. Speaking of pet peeves, the map is missing a "you are here" arrow. 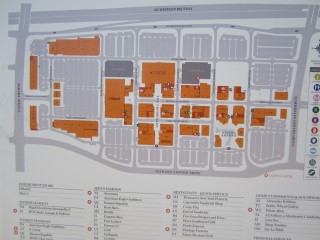 Close up of the map. 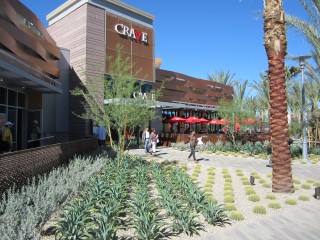 Another restaurant by the "Dining Arroyo." 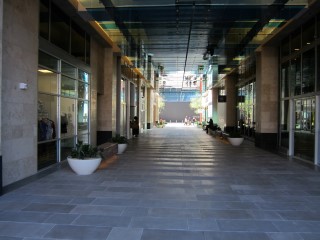 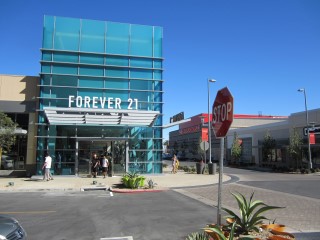 My 17-year-old daughter will be happy to know there is a Forever 21 here. That is the movie theater with the red roof. 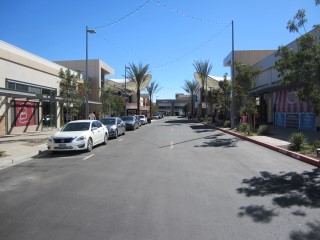 A street parallel to the main street. 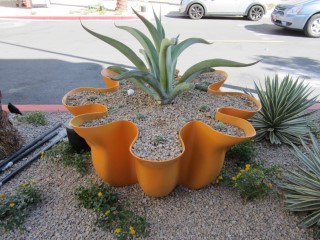 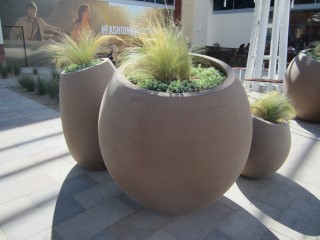 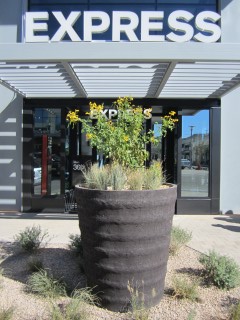 I applaud the use of desert vegetation. If I weren't a hypocrite, I would rip out my Las Vegas lawn and put in such landscaping myself.