When Will They Learn?

I remember being much younger and occasionally watching one of the first reality shows out there, no not Survivor, but COPS!  While I may not remember so much about watching the show itself, (I probably stopped watching at approximately the age of eleven) it had a very catchy them tune:

"Bad Boys, whatcha gonna do, when they come for you?"

One of the first myths that are dispelled for anyone who knows more than nothing about gambling is that counting cards is illegal.  Most people realize that, while counting cards can certainly get one into, 'Trouble,' with the casino, that it is not an inherently illegal activity and should not be treated as such.  Card counters know this, other advantage players know this, recreational players know this, but sometimes the casino employees seem to be ignorant of this fact.

That's a strange thing, given the fact that this has been litigated and that casinos have lost not insubstantial sums of money, not at the tables, but rather due to the security staff.  Other than basic wages, most casinos really would prefer not to lose any money that way.

In April of 2014, staff of the Hard Rock Casino and Hotel in Las Vegas, Nevada detained a player who they believed to be counting cards at Blackjack after he refused to show his identification while attempting to cash out his chips.  There was no legal reason that the player in question would ever be required to show his identification for the amount of chips he was cashing.  Despite stating that he wanted to leave, the player was detained, forcibly searched, and the chips were not cashed.  The player is now suing, which I first heard about on this thread.

The Plaintiff is being represented by Vegas Attorney Bob Nersesian, which is terrific, because Nersesian will have to do very little other than change the names and case number on this Original Complaint that he filed against Virgin River Casino back on 1/5/2012.

Really, he won't.  I encourage everyone to first read the Article linked in the Wizard of Vegas thread and then read the first three (or so) pages of the Virgin River Complaint, it's almost the same thing verbatim!!! 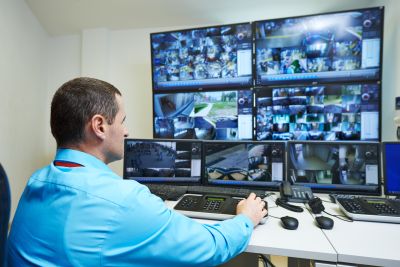 For anyone interested, that case ended with a total sum of $200,000 being awarded to the Plaintiff with the jury awarding $72,000 in compensatory damages and the casino later settling for $128,000 in punitive damages for a $200,000 total finding.

Bob Nersesian has been an incredibly successful attorney and has long been held as the single-greatest champion in defending the rights of Advantage Players against casinos, but even with that said, you'd think he would have much less to do by now!

I mean, just take a look at that total award of $200,000 in the Virgin River case.  What you have there is a few casino employees basically costing the casino the equivalent of their combined salaries for a year over an event that took less than an hour.  And, for anyone out there that doesn't think, 'Illegal Detainment,' is a big thing, it's only something that we are protected from in our freedoms under the Constitution of the United States.

It's simply ridiculous that this still happens, although, some people who have settled cases of this nature may have ultimately found the experience worth it in terms of compensation.  For instance, a Blackjack player would have to play a lot of hands at a reasonably high bet level to achieve $200,000 in Expected Value from his play, pretty nearly impossible to do in an hour!  Dr. Eliot Jacobson is an example of an individual who was back-roomed and illegal threatened, reached a settlement in his case and now acts as a mathematical game protection consultant for casinos!

The point is that 200k is a lot of money to give up over an event that happened in such a short period of time, and that's before even taking into consideration what the casino (or insurance company thereof) paid its own lawyers.  Without seeing the insurance policy, I also imagine it is quite possible that insurance contracts hold themselves blameless for any illegal action taken by casino employees against patrons that get the casinos sued...but maybe not.

If I was training the security staff of the casinos, I would make absolutely sure they had a working knowledge of where precisely their legal bounds are at.  While I would personally see something like this as a really awesome break that is going to enable me to make some money, it could have a potentially traumatic psychological effect on other people.  This is something that absolutely should never happen, this isn't the mob-manged Vegas, anymore.

I don't know what it's going to take:  Do they need to have an actual police officer come in and lecture them during training?  Do they need to sit down and write out sentences like, "I will not illegally detain people after they fail to comply with acts that they are not legally or otherwise compelled to follow," 100 times similar to what third-graders sometimes have to do when the commit an infraction in class and are serving detention?

Whatever it takes to instill into the heads of casino security that they cannot unlawfully detain law-abiding Advantage Players (or, sometimes people who just get lucky?) do it.  Such illegal detainment is bad for everyone:  It's financially harmful to the casino because they will inevitably lose to or settle with Attorney Nersesian, it's potentially financially harmful to the Advantage Player who would rather not have his/her name out there, it's harmful to the patrons because it creates a spectacle and detracts from the peacefulness and enjoyment of their visit and it's doubly harmful to the casino because it results in bad publicity.

The bottom line is:  It shouldn't happen.  As a hotel manager, this would be the equivalent of me wantonly going into peoples' rooms and going through their stuff with no cause or legal ability to do so.  That's precisely why housekeepers are told to, 'Clean around,' a guest's stuff (at least at my hotel) and never to touch anything that belongs to a guest unless they have checked out.

The job of security is just that:  Provide security.  Violating the Constitutional Rights of players, AP or otherwise, is the exact opposite of securing the establishment and ensuring the safety of patrons (These AP's included) who have done nothing illegal.

Maybe the Hard Rock Las Vegas should round up their security staff and have them write the previous paragraph 100 times each.