"When someone's illegally detained, in your neighborhood, who are you going to call?  Bob Nersesian!"  Bob Nerseian has a legal career as an advocate for the players spanning decades.  Most notably, Attorney Nersesian has represented a list of clients that could just as easily comprise a list of, 'Who's Who in the World of Advantage Play,' many of Nersesian's cases have involved illegal detainment, while some of the Defendant casinos even went as far as to get physical with those Advantage Players they illegally detained. 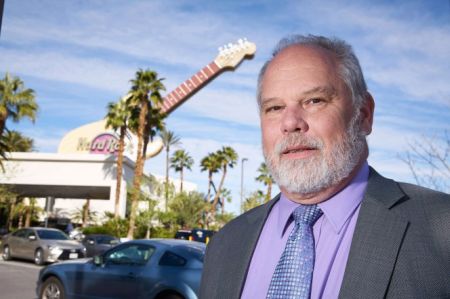 It is fair to point out that, while Nersesian has represented a comprehensive list of Advantage Players, he does not fall into that purview himself.  On Gambling with an Edge with Richard Munchkin, he once joked, "I put casinos executives' kids through college!"

Among Nersesian's most notable clients is advantage player James Grosjean, who Nersesian represented along with Michael Russo in suing the Imperial Palace and Caesar's Palace in 2005 stemming from events that occurred in the year 2000.  After Russo and Grosjean had been detained and then imprisoned, for one day and five days respectively, during an event that took place at Caesar's Palace on Easter Sunday, Grosjean later went on to be illegally detained at the Imperial Palace during which he was held against his will, threatened and illegally interrogated.  Nersesian earned Grosjean damages in the total amount of $399,999 against the Imperial Palace and then took the fight to Caesar's Palace and Griffin Investigations, the damages from which essentially put Griffin out of business.

I've already touched upon Nersesian in a more recent case in this Article.

It goes without saying that Attorney Nersesian has a proven track record of achieving highly desirable results for his clients, and is the go-to name for anyone pursuing a lawsuit against a casino for illegal detainment.

In an interview with Richard Munchkin, it becomes clear that one component to Attorney Nersesian's success is the fact that there simply are not that many other lawyers that do what he does.  If you look at the answer to his first question, we can see that many attorneys out there are also of the opinion that casinos should be able to do whatever they want to suspected card counters, furthermore, Nersesian points out that there is not necessarily a ton of money in those cases.

The most interesting aspect of the above-linked interview is at the end where Nersesian essentially says that he goes to bat for Advantage Players who are illegally detained because they essentially have no one else who is either able or willing to represent them.  It seems as though many individuals in the public, and frighteningly enough, even police officers continue to operate under the assumption that counting cards (and various other legal forms of AP) or playing a Video Poker game while advantageous due to a malfunction is illegal and that the people who are unlawfully detained had it coming.  Overall, Attorney Nersesian says, taking on these cases is a money loser because the awards that winning clients get, presumably, are not always that much.

Nersesian, through various sources, has also offered to the gambling community a number of tips to follow in the event that you are illegally detained.  I firmly believe that Attorney Nersesian would have no issue with me paraphrasing a few of his tips because the more people know about how to handle a backrooming, the better:

1.)  An individual should first say that he will be willing to leave the casino of his own volition, and that if the casino is inclined to 86 or, 'Trespass,' him that it should be done quickly and on the gaming floor.  That he has done nothing illegal and there is no reason he should have to go to the backroom.

2.)  In the event that the individual is taken into the backroom anyway, then the individual should reiterate everything that he/she said in #1 on this list because the backroom is going to have audio recording whereas the main floor doesn't.  In order to have a solid case for unlawful detainment, one must make it very clear that one does not wish to be backroomed and is more inclined to leave the property without a fight.

3.)  Beyond that, you do not have to answer any of the questions asked of you by a casino representative.  Furthermore, you need not even give your name or identification to a police officer unless they specifically say that you are suspected of something illegal.  In the event that happens, give your name and identification, but make it clear that you wish to contact an attorney (such as Bob Nersesian if you're in Vegas) and are not answering any questions.

In a New York Post Article earlier this year, Nersesian said,  "It's about bringing thugs to justice," and that is the reason he does what he is doing.  In recent Nersesian news, the case with Thom Kho and the Planet Hollywood is still ongoing in which Kho was not only illegally detained, but the Planet Hollywood ALSO refused to cash in Kho's chips.  Furthermore, Nersesian's new book, The Law for Gamblers: A Player's Guide to Legal Survival in the Casino Environment is scheduled for a May 10 release, so I intend to do a Review of that book, but already consider it recommended reading for anyone who has been, or could be, so situated.

Nersesian may not be an advantage player himself, but he has proven time and again that he is the greatest legal ally that Advantage Players have, and perhaps, ever will have.

Nice summary of Atty. Nersesian's work representing gamblers vs. casinos. Also, the smattering of legal information is good to know. Not that I want to be a wiseass, I just don't want to be a dumbass. Thanks, Mission!

Thanks for the compliment! It's very fortunate for all of the AP's out there to have a guy such as Attorney Nersesian in their corner. I believe I read a story on the Forum in which the mere mention of his name got someone out of a little bit of a bind, backroomed and wanted to be let go, I think it was.