There have been quite a few discussions on these Forums in my years here about what the lines may be between Advantage Play and cheating, but this article isn't about that.  This first Edition of, "People in Gambling," which is going to look at some of the most notable figures in our favorite  pastime is going to explore Richard Marcus, who might be giving himself too much credit in billing himself the, "World's Number One Casino and Poker Cheating Expert."

That is not to suggest that Mr. Marcus is overstating his experience in that regard, quite the contrary, what is being suggested is rather that he is misstating his exact realm of experience.

It is far more appropriate to say that Mr. Marcus might be one of the world's foremost experts in outright theft from casinos, starting with the very Four Queens casino in Downtown Las Vegas that gave his broke ass (at the time) a shot.  From his own website, "Busted out and desperate, he finally landed a job at the Four Queens casino in Downtown Vegas dealing Blackjack and Baccarat...Classon convinced him to try and set up the Four Queens for an inside Baccarat scam..."

Basically, Mr. Marcus stacked the deck so well, he claims, that even the relief dealer had no idea what was going on and his  accomplices beat the Four Queens for $21,000 that night.  In today's dollar, adjusted for inflation, that'd be about $82,000.

Any legitimate casino employees out there who walk the straight and narrow and have ever had any aspersions cast their way because their tables happened to be running bad, in part, have this guy to thank.

This  bilking of the Four Queens was but a precursor to the theft in which Mr. Marcus would engage in al 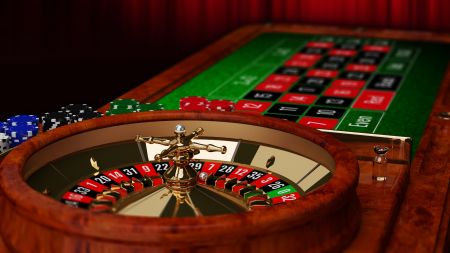 Briefly, past posting is simply a technique that, in one fashion or the other, either involves removing a large wager after a result is known and replacing it with a small one, or oppositely, replacing a small wager with a large one when a player knows that he/she has a winning result.

The technique of past posting is much more difficult given improvements to surveillance as well as improvements to dealing procedures designed to minimize the opportunities to past post wagers.  One of the necessary steps was to reset Roulette Tables such that every player has a particular color of chips assigned to him or her, and all of the chips have the same value.

The, 'Savannah Move," is a large reason, if not the main reason, for this change in Roulette dealing procedures.  After his first past posting team dissolved, Marcus developed the Savannah Move by which a large denomination chip would be capped (essentially hidden under) a red $5 chip.  These two chips would then be placed on a row bet (the farthest bet away from the croupier) and if the result was a win, the bets would stand.  If the result was some other row, or a 0 or 00, then the past poster would pick up the bet and replace it with two red chips  feigning intoxication if caught and claiming he or she did not know the ball had dropped.  Seeing that there were two chips prior to the ball drop and that the player had put back two chips, the croupier would be satisfied.

That is not to say that the Savannah Move is not a play that requires skill.  The best of thieves are skilled in their chosen trade, lest they be caught.  The Savannah Move relied on timing and misdirection, and it was also elegant in its simplicity.  Ideally, the thief could switch one stack of two chips with the other without being noticed, which requires nimbleness and dexterity.  However, if the thief were caught in the act, then an incredible manipulation was the order of the day.

This is not meant to take away from the skill, and quite frankly, the testicular fortitude that it must have taken to pull off this past posting move, as well as others, perhaps hundreds of times in the span of a few decades.  One cannot help but admire the kind of ability required to pull off such an absurd heist undetected.  However, it is important to separate cheating from outright theft.

When people think of casino cheating, it is possible that card marking is the first thing that springs to mind.  While card marking can result in astronomical advantages for a player, the result of each individual hand is not necessarily known ahead of time and a player can make the best decision based on the known information and still lose.

Marcus committed outright theft from a litany of casinos, nothing more or less.  It is difficult to think of a comparable situation that might take place outside of casinos, but whether past posting to reduce bets or increase them, the player is purportedly making a wager on an unknown result and is then changing the wager once it becomes known.  I guess shoplifting is a reasonably close example, at least with respect to execution, though there is going to be much more money involved with past posting than the value of a shoplifted item.

The point is, Marcus should own it and call himself what he is, not a casino cheat...but a casino thief.

Richard Marcus is now engaged in Casino Game Protection Training and Seminars in which he attempts to teach casinos how to catch thieves and Advantage Players alike.  Hopefully any casino that retains his services has an extra pair of eyes to watch Mr. Marcus himself, if he were to attempt to steal from a casino paying him to work there, it's not like it would be the first time.

Richard Marcus also has a whole book on how to cheat in poker. He explains how easy it is to do. After reading it I pretty much decided to never play poker with strangers again.

I don't blame you! Again, I respect the skill and the...I guess bravery...but I don't have an overall positive opinion of him.

Mainly robbing his employer blind, that's my main issue with him.

The guy has a magnetic personality which is what helps him win you over. I've been in email contact with him and he is very friendly and responsive.

Nonetheless, his move is stealing (I believe the English title of American Roulette is the Great Casino Heist) so perhaps the British got it right.

Also, he repeatedly makes statements in his book that the casino is evil, justifying his actions, however, as others have pointed out, he did a move called "railing" where you slip the chips of other players off the Craps rail and into your pocket. His justification was these were high rollers who could afford to lose the money and didn't miss it anyway while playing however...

there really is no way he could tell that. Maybe the person just cashed a grant check and is trying to double it and once the large sum is gone will be destitute. There really is no excuse for outright theft of anyone, casinos or patrons.

I agree with everything you said, and moreover, it's interesting to me that his justification is that casinos are evil...and he now offers his services to teach the casinos how to protect themselves from people like him.

The thing is, he also specifically mentions that he helps protect the casino from, "Advantage Players," which I assume to mean legitimate forms of AP as opposed to thieves.

Interesting, and got some comments too

some things to fix:

"a precursor to the theft in which Mr. Marcus would engage in al" [never finished]

Suggestion for another article: Who's the sports betting guy who was featured on 60 Minutes ?

I agree with that 100%! Not only is he a thief, but he's also a turncoat and also puts his cross hairs on legitimate advantage players!