Part 1 of 2 A Little Help from Your Friends

Imagine the day that you are within inches of making what could be the decision of your life: Moving to Vegas to take your shot (as so many before you) of becoming a full-time advantage player.  At the moment, you're either carefully crafting a respectful and appreciative letter of Two Weeks Notice, or you're preparing your bosses', 'Screw you,' speech.  Either way, you've been thinking about this for awhile, and you've decided it's now or never.

Before you do that, though, there's one thing you should really understand, you need, 'A Little Help from Your Friends!'

These two Articles are going to refer primarily to machine players rather than Table Games players because I have little practical experience with Table Games AP.  I would also suggest that a knowledgeable Table Games prospective AP would have some idea of monetary expectation based on the game and advantage of choice combined with one's own bankroll and bet spread(s).  With all of that said, I think that the road map is already largely laid out for the Table Games AP and, to a large degree, it's really about following the formula (the Kelly Criterion being one of the literal formulas) the right way.

There is also more to Table Games than all of that, but based on conversations I have had with cash game poker players and Table Games AP's (whether they were full-time or not) I just tend to get the impression that it is easier to go it alone compared to a machines AP, provided the Table Games AP has the necessary bankroll.

Furthermore, that's not a Rule, by far.  There have been a number of successful Blackjack teams and Richard Munchkin (Tables AP) has gone on record as saying he couldn't stand it if he worked alone all the time while Bob Dancer (foremost Video Poker professional) says that he very rarely works with anybody on any plays.

With all of that out of the way, I want to talk about an AP who wants to focus on machines: 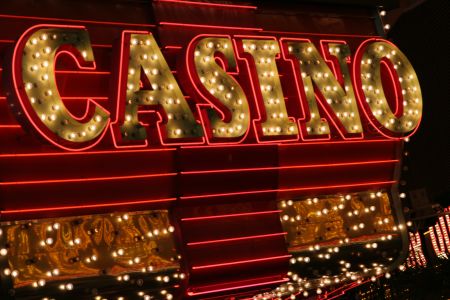 The first thing that should be pointed out is that Vegas is not the ideal location for someone who wants to make the vast majority of their money, 'hustling,' machines.  It could actually be far more profitable to try to find a casino with high Ultimate X denoms at which there are very few, if any, other hustlers.  It's important to keep in mind, though, that such a gravy train is unlikely to last forever.

People who are pure machine hustlers very rarely have the sort of standard of living that is going to make other people envious of them.  While they may be somewhat skillful in some ways, many lack either the knowledge or the desire to pursue more lucrative opportunities, many of which require friends and a shared bankroll.

Therefore, to hop around from Vegas casino to Vegas casino vulturing UX, vulturing Wilds plays, vulturing Bonus Games and looking for must-hits is not going to be an extremely lucrative endeavor.  These are the sort of things that the, 'Big boys,' do when they are hanging out at a casino with some free time and nothing better to do, unless they need to generate play somewhere, anyway.

I'm not going to go into too many details because I have been put in confidence on a good many things, but a much more accurate fight card to describe the most successful AP's would be, 'Man v. Promotion,' or, 'Man v. Mailers,' rather than, 'Man v. Machine.'  That's where the real money is, and that's why you need:

For someone who wants to be a machines AP, it is very important to have strong networking skills, to have befriended a bunch of like-minded AP's, and to generally just have a great personality.  There are certain promotions out there (many of which are outside of Vegas and will require travel) that would give a player a huge opportunity on a percentage basis, but are of limited use for only one person with onbe players club card at a given casino.

For instance, if Mohegan Sun were to offer Double Jackpots (up to $2000) on Video Poker AND the double-up feature could be played on the machines then, yes, the value on that is extraordinary in percentage terms.  However, if that is also going to necessitate travel costs, food, a hotel room, renting a car...a lone player would quickly find that the numbers aren't there.

That's why locals who play there would be required for such a promotion.  The locals that an AP would strongly desire are those who do not necessarily have the money (or knowledge) to take advantage of the promotion themselves. so the AP offers a guaranteed amount and bankrolls the play, win or lose.  If you do that with just one person, then in terms of EV, you have probably covered expenses.  If you do it with ten, then you have made it worthwhile.  If you do it with twenty, then you make a freaking killing!

The problem someone new to the game is going to have is that these networks of local players are already largely in place.  These are people who have worked with the same AP teams on one thing or another, so the answer to that problem is the old adage, "If you can't beat them, join them."

As an AP, you'll start from the bottom and rise up through the ranks, perhaps to eventually run your own crew.  Ultimately, you might end up the head honcho of the team if that guy gets out of the game.  Does that sound more like a job?  Maybe.  It kind of is.  However, it's a really loose job where you will only be needed at certain times and in certain circumstances and aside from those times, you're essentially free to play the hustler.

A Question of Bankroll

The thing to understand about winning at machines is that it is easy provided there are no holes in your game.  Let's imagine an impossible scenario under which I never have to pay for food, living expenses, gas or anything at all.  In this scenario, I have no bills or personal expenses, everything is free on one condition: I am handed $100 and as soon as I go bust, my free ride is over.  I must make at least one play a week.

Easy!  I would vulture Ultimate X machines, nickel denomination only, and I'd have to run pretty terribly to lose considering I could always one-coin the machines if I get down to only having $50 left, or something.

The problem with that scenario is that people do have expenses, and while Ultimate X is likely the most lucrative vulture play, it is not going to be frequent enough to sustain someone that has actual expenses.  Therefore, the things that a would-be professional AP needs are:

Here's another old adage, "It takes money to make money," and nowhere is that more true than in the world of Advantage Play.  At least, serious Advantage Play.  Furthermore, if you have an advantage that is expressed as a percentage on something, then the $$$ amount of Expected Value (all other things equal) is going to increase.  However, you have to bet more in order to win more which entails being able to weather the swings.

A good example is a recent play that I did some Math on, though I can't go into any specifics of the play itself.  Suffice it to say that a single player playing the game that I was tasked with understanding properly could have bet as much as $32,000, per hour, and very conceivably could have lost $8,000+ of that while at a 20% advantage.

Is that a storm a solo artist wants to weather?

Most people are just going to keep going after that play because it is an unbelievably good play, and a few of those people are going to go El Busto.  That's far less likely while playing as a team (and the reason many pro blackjack players have played on teams) because, as a team, you get more trials on a given promotion and are, as such, more likely to approach the Expected Value.

For when those big plays do fail if you are solo, then you are going to need a lot of frequency on your smaller expectation plays to accrue the EV to compensate for that ACTUAL MONEY LOSS.  One thing that people like to talk about is, "Risk of Ruin," and while every session is simply a lifetime session, every new hand is also a new hand.  If you have a bankroll of $40,000 and calculate only a 5% RoR with your overall set of plays, but then you hit a bad streak and now have a bankroll of $30,000, your RoR has gone up if you continue to play the same way.

Great networking and a trustworthy team are going to result in the sort of connections you need to have the combined team Bankroll, strong Expected Value, and appreciable play Frequency (even on some big plays) to go after the juiciest situations.  It also helps to have someone like me who likes to take slot data, VP paytables and Keno paytables and analyze games and determine how certain promotions may or may not swing the odds.  You can PM me with requests if you like, but if it is a difficult one, I'll probably want to be compensated for it.  If you're smart, you won't have to compensate me entirely out of your wallet...it'll be a team expense.