The Club World Casino Promotion, which are actually two separate promotions from which a player can choose one, entail a 100% Match Bonus on Slots, Video Poker or Scratch Cards with a 20x Play-Through.  Alternatively, a player may choose a 100% Match Bonus, up to $150, that can be used on Blackjack, Video Poker. Casino Poker and a few other games.

Unfortunately, this is a Phantom Bonus, which means that the Bonus amount will be removed from the account before a withdrawal can be made.  There are, however, still ways to beat such bonuses.

Before we dissect these two bonuses, it is important to point out that Club World Casino, in addition to being rigorously tested by Gaming Labs Certified (as with other casinos operating on Real Time Gaming software) also has the honorable distinction of being a Wizard of Odds APPROVED casino.  You can read the review for this casino on WizardofOdds.com.

The first promotion, with the code, BIGSLOT, is a 100% Match Phantom Bonus of up to $777 on slots, video keno or scratch cards.

If the player redeems the Bonus for the full $777, then the player will have $1,554 that will need to be played-through 20x for total wagering of $31,080.  If you want to play slots with this promotion, I'm afraid you're on your own, as Club World does not make known the probabilities of their slot results.  The only thing I could really suggest is that you want to bet as high as you can until you reach a point such that:

In other words, the Phantom Bonus will be removed from your balance at the end of play, so the only real use for it is the fact that it gives you more shots at the big win.  That being the case, if you really would prefer to redeem this Bonus and play slots, my suggestion would be that you want 80% of your balance less deposit + bonus, at some point, to be equal to or greater than 20% of the remaining playthrough amount, which I am going to say we are expecting to lose on the remaining bets.  The reason for picking a ridiculously high percentage to lose is security.

The idea is that would give you a reasonably good probability of finishing up with a profit, which is the point of trying to beat the bonus.  Whether or not you mathematically should be able to beat the Bonus is not something I can know without the slot machine probabilities.

If you want a really easy way of determining your necessary target, you could simply make a request to Support to get your remaining play-through balance, and then use the formula above to see if you have enough.  For instance, if I was up to an overall balance of $3,789, and had $23,847 to play-through:

Thus, if I assume an overall return of 80%, I am still expected to lose significantly more betting the remaining play-through amount then the amount of losses I can withstand and still make a profit.

You can request your remaining play-through amount and use this formula at any time.  I would obviously not play slots with this promotion, however, this formula can also be applied to determining a target bankroll when going after a No-Deposit Bonus that can only be played on slots.  Further, you can assume whatever percent expected loss on the remaining play you want, I use 20% because I think that's a safe amount. 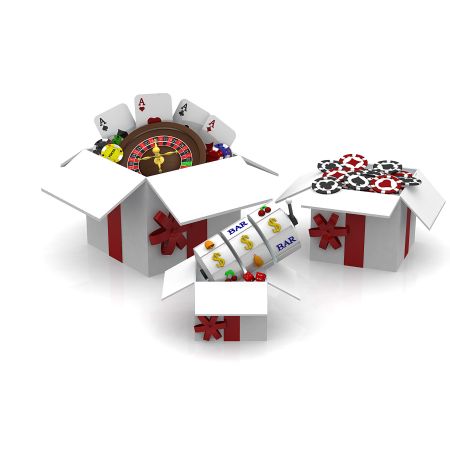 Of course, there may be ways to vary your bets such that you can end up at an advantage, possibly, but that is something I am going to explore separately in an entirely different article as that is too much to present here.

Obviously, the promotion that might pique my interest is the 100% Poker Bonus up to $150 with CODE: NEW100

Again, you can't really go after any game straight up with this promotion due to the 30x playthrough and the fact that this is a non-cashable Phantom Bonus.  Flat betting is going to be a non-consideration because we want the Variance in this case.

Personally, when playing off the play-through requirements, I'd be inclined to go with the lower Variance Blackjack, even with a $90 greater expected loss, it has less Variance than the Video Poker and will take less time.

This is a one-time promotion for new players so you need one tie, one time.  Good luck!