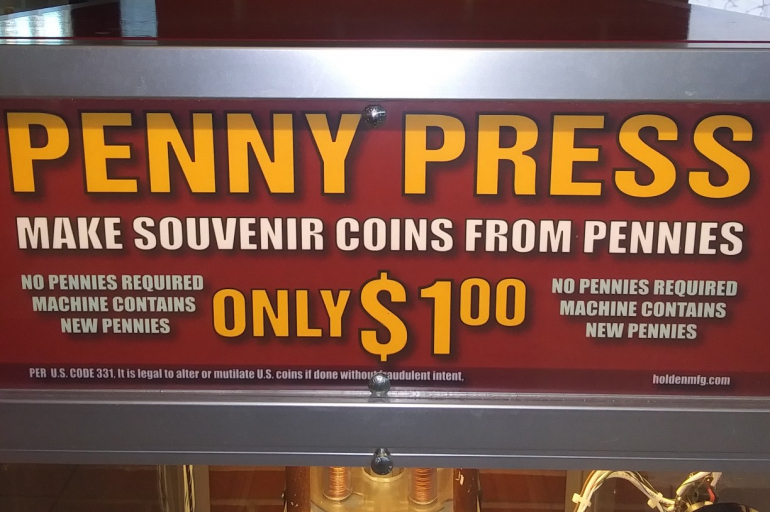 I must admit, I've played a few times.

I've seen these but resisted the impulse

Most of the entertainment comes from watching the reels spin.

It's probably a better play if it's a limited edition souvenir, like at the World's Fair.

I consider squished coins to be slightly more convenient than tiny decorative spoons, and just as useful.

While this may have little value in standard play, I believe that people who play card games should know some trivia about playing cards.

Many playing card designs are asymmetrical. 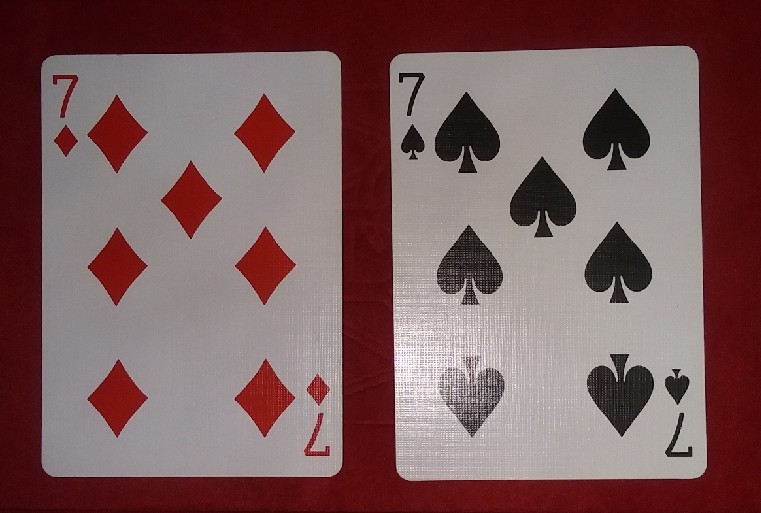 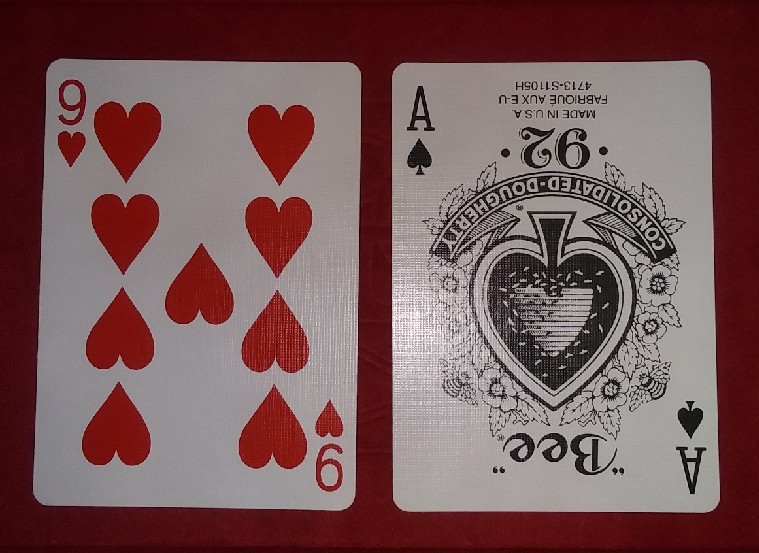 If you look closely at that 7 of spades it is printed (or strictly speaking cut) with a slight but discernible sideways offset. The gap between the number 7 and the edge is MUCH smaller on the top number 7.

If the backs are printed as badly, that might be used in edge sorting???

If the backs are printed as badly, that might be used in edge sorting???


Many cards are asymmetrical.

It's a useful metaphor to simplify a binary decision to a common object; "heads or tails?" is a ubiquitous phrase.

Coins were not designed to serve as dice. One side is heavier than the other (or "the center of mass is not coincident with the physical center of the object").

Persi Diaconis has done considerable research into this.

That's fascinating stuff, documenting the inherent bias in a deterministic coin toss. There are much longer lectures and presentations on Youtube as well.

This wholly ignores the more real problem: some people can and do add further bias to the process. You can probably learn it yourself in an afternoon. It involves the set (starting heads up or tails up), making a consistent toss (surprisingly easy), and then repetition. Once you have a consistent toss, you can further bias the outcome with a controlled catch.

If you're not convinced there is a bias, do an experiment.
I'm assuming you're in the US for this.

Select a coin.
Prepare to flip it.
There is a quarter dollar coin sitting heads up on your right thumb.

What to do about it

Don't toss coins. Instead of heads or tails, ask even or odd - roll some dice. Ask red or black - pick a card (any card).

You probably have some common dice or playing cards around, and they're considerably less likely to show a bias.

A coin toss that is allowed to land on a hard surface, i.e., bounce and not be caught is again random. Also, allowing a third disinterested party who has sufficient motor skills to toss the coin will also provide randomness.