Variance at the change machine

At a stop along my journey, I decided to play a little casual pinball. I usually play a bit when I'm in the neighborhood, so nothing bad there.

They finally replaced the busted old pinball table they had with a newer, less busted pinball table. Unfortunately, while the entire playfield works on the newer one, the coin mechanism does NOT. $2.50 in, but it only bought me two 50 cent games. (Something internally wrong. Had to push the return button in before dropping a coin to get it to tally the half credit.) I guess I understand how they can run a change machine with a bonus round.

Nothing exciting on the game. Stern Monopoly has never been to my taste, but it was fun actually getting all the flippers to wiggle. 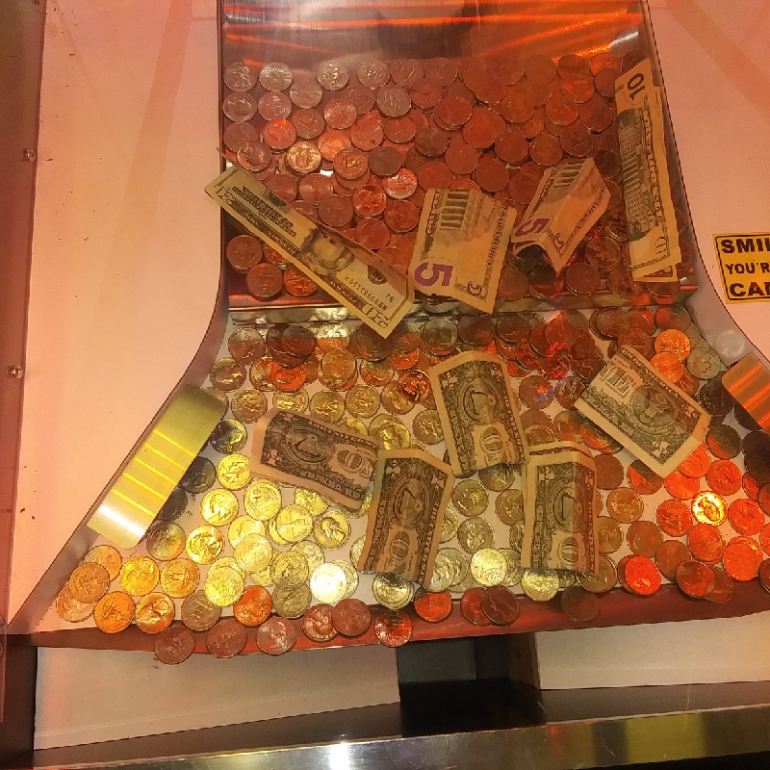 Much better playfield state!
Still -EV. Check the front lip; it looks like it needs $12 added before anything will drop.

Stopped at a convenient casino the other night with one of the ducks.
Grabbed a 'pick me upper' before I started playing. 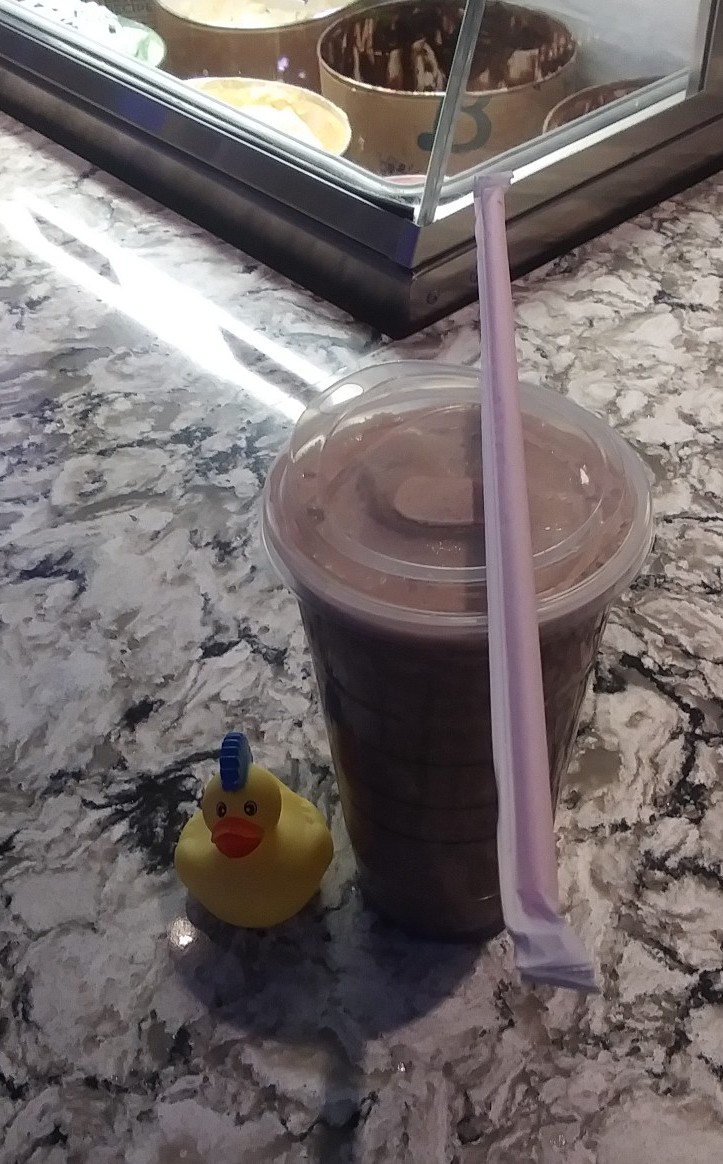 Played a slot machine. Up a little, down a little. Ended up with nothing to cash out - $0 balance on the credit meter after my last spin, no wager saver!

Checked out the baccarat table for kicks. Absolutely nothing interesting going on, just a standard mini-bacc table in an alcove off to the side. The space looked too empty, like there used to be more in there, but they recently changed things around. No buy-in, no play; didn't want to disturb the player who was clearly very deep in concentration.

They were in the process of installing what appeared to be two banks of SG Fusion systems on the main floor. Mostly appeared that two or three managers were standing around observing, while the tech was off looking for a baggie of hardware that got misplaced.

Fun trip, but I don't think that property is my kind of place.

Is that duck sporting a blue mohican haircut? 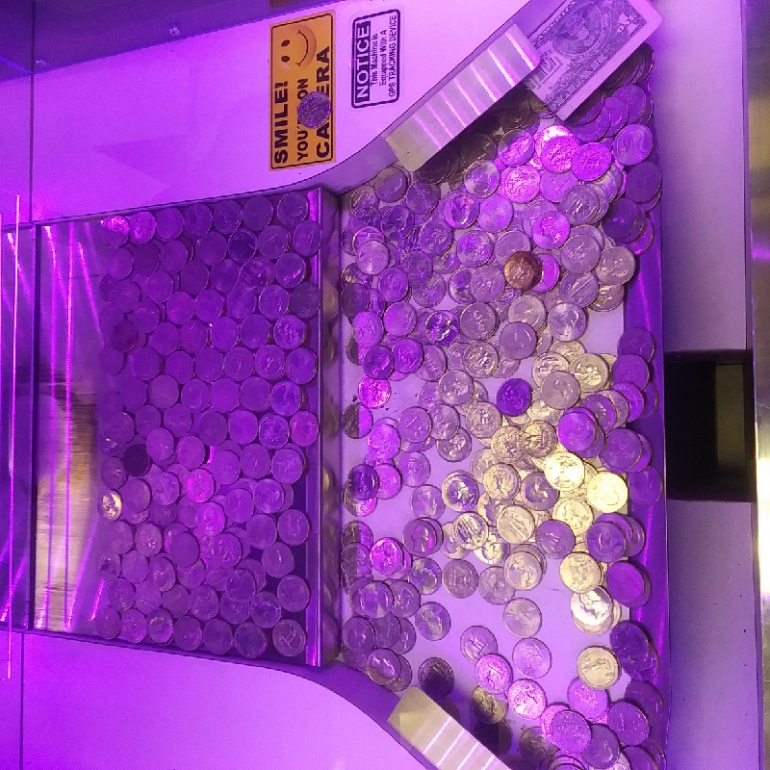 Too many gaps on the lower playfield to bother playing.
No idea how it happened; maybe the person who services the route scooped a bit.
The upper playfield has a lot of double stacked coins, so I think they recently adjusted the mechanism - that sort of thing used to be less prevalent.

Went back 2 days later with the kids. The gaps were filled in, but nothing was ready to drop.

Net loss of $6 for the team, we heard about 3 coins go down the left house chute. 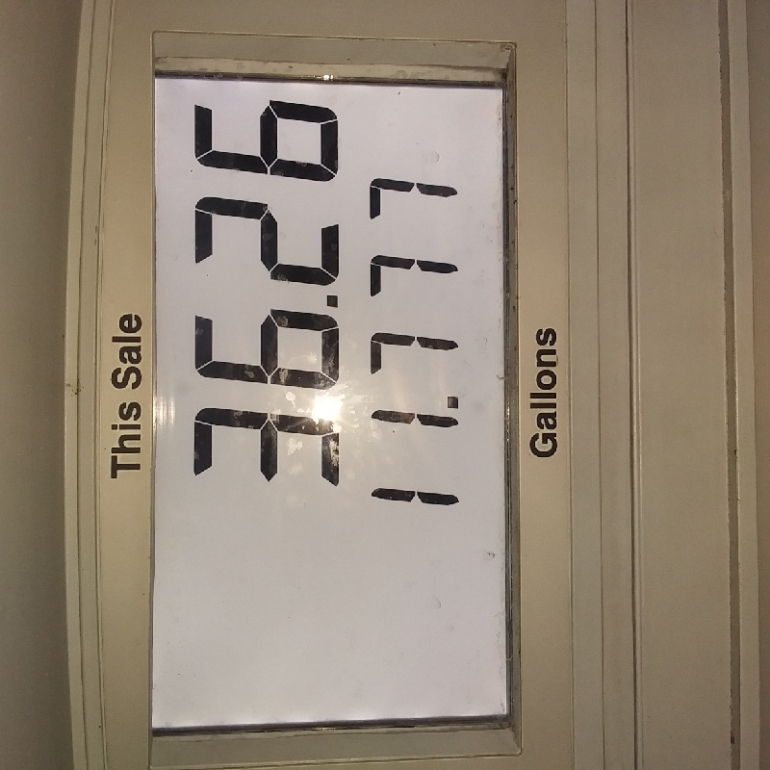 Perhaps it's telling me to roll the dice?

(I didn't work for it, so no particular dispenser-influencing play... just fueled up like normal.)