I think they like not having to interact with a physical object.

I can’t recall where I read it, but research has been done that shows that ebooks face competition from the internet; a reader will read for a bit, then open a browser and visit forums etc. I’ve found that to be true for myself. Attention span is shorter on a tablet.
NO KILL I
EvenBob

a reader will read for a bit, then open a browser and visit forums etc. I’ve found that to be true for myself. Attention span is shorter on a tablet.

The average time 'just checking' is
around 20 min, before you get
back to what you were doing.
"It's not enough to succeed, your friends must fail." Gore Vidal
AZDuffman

I offered to loan a guy a book I forget which. Guy said he can’t read non kindle anymore. I’ve never owned a kindle.

I used to read everything now I read more in snippets. Articles or things vs full books. I’ve read so many business books I’m kind of done. I now read more how to articles. Unless it is gambling or mafia related. I eat those up.
All animals are equal, but some are more equal than others
lilredrooster

lilredrooster
Joined: May 8, 2015
"The Trial" - Franz Kafka - people hear the name Kafka and they think it's heavy deep stuff - but this book is an easy read

The most amazing part is that he was able to capture this experience so well without ever having married.
lilredrooster

The most amazing part is that he was able to capture this experience so well without ever having married.

TumblingBones
Joined: Dec 25, 2016
If you are a fan of Aubrey-Maturin books by Patrick O'Brian, you should take a look at "A Book of Voyages" edited by the same author. This is a non-fiction collection of 17th and 18th century travel journals and memoirs edited by O'Brian. The trips range from Lady Crave (1780) traveling in luxury to Constantinople to "The Distresses on the Unfortunate Crew of the Ship Anne and Mary from Norway to Ireland in the Year 1759" in which bad weather forces the sailors to draw straws to see who will eat who.

If you enjoy the Flashman books, check out The Devil Drives: A Life of Sir Richard Burton. This is a bio of the Victorian explorer, soldier, and spy, not to be confused with Elizabeth Taylor's husband. In many ways, Burton was the role model for Harry Flashman. He's also fictionalized as one of the main characters in Philip José Farmer's Riverworld series which I also recommend.

Continuing the theme of (a) travel and (b) eccentric British adventurers, I'll suggest The Places In-between by Rory Stewart. In January 2002 Stewart walked across Afghanistan. This was a few months after the US invasion and things were still very very chaotic. Stewart is an Oxford educated diplomat and former soldier (and possible MI-6 agent) fluent in multiple languages who decided to walk across Asia. This book is about the Afghan part of the walk. gordonm888 mentioned A Walk in the Hindu Kush which covers some of the same terrain in 1956 so the two books might complement each other.

Other non-fiction recommendations are

For fiction, a lot of my favorites have already been mention but I'll add

Finally, if short stories are your thing then anything by O'Henry and Isaac Babel. The former is well known but most folks have never heard of Babel, a Russian Jew who was purged and executed by Stalin in 1940. Hemingway considered Babel to be the greatest short story writer in any language. I especially recommend Red Calvary which is based on Babel's experiences in 1920 when he was attached to a Cossack cavalry regiment durring the russian Civil War.
My goal of being well informed conflicts with my goal of remaining sane.
EvenBob

Travels Here and There, Bryson,

Medium Raw, Tony Bourdain
"It's not enough to succeed, your friends must fail." Gore Vidal
Rigondeaux

Rigondeaux
Joined: Aug 18, 2014
I like Bryson. If you like travel writing, Paul Thereux is really good too. He's a little denser though.

Some Brit friends turned me on to AA Gill. He is not very well known in the U.S. but he is pretty famous over there as a restaurant critic and stuff. He has a couple of really good travel books. Very witty and cutting. He famously feuded with Gordon Ramsay. A good sign since Ramsay is a prick. Though he does make a tasty burger.

Found this excerpt from a restaurant review:

So why do the Americans and English come here? Men who, at home, are finickity and fussy about everything, who consider themselves epicurean and cultured. Men who choose their own ties and are trusted with scissors and corporations, who have “sophisticated” on their Facebook pages. Why do they continue to come here? They can’t all have brain tumors. The only rationally conceivable answer is: Paris. Paris has superpowers; Paris exerts a mercurial force field. This old city has such compelling cultural connotations and aesthetic pheromones, such a nostalgically beguiling cast list, that it defies judgment. It’s a confidence trick that can make oreille de cochon out of a sow’s ear—reputation and expectation are the MSG of fine dining.

But still, it’s undeniable that L’Ami Louis really is special and apart. It has earned an epic accolade. It is, all things considered, entre nous, the worst restaurant in the world.
EvenBob 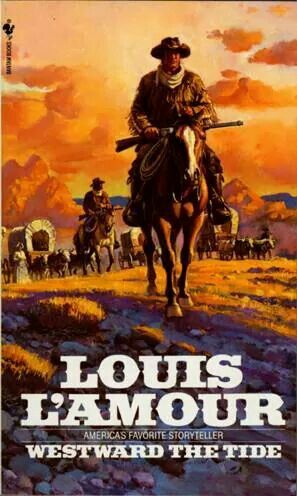