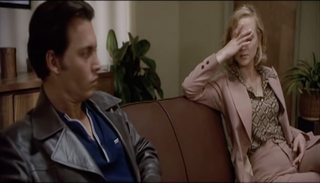 Some days, I might not trade because too busy. Other days, because my long term stocks are just going straight up with no real dips, and sometimes I don't trade because the high probability trades don't present themselves.

Today I didn't trade because my main brokerage account was malfunctioning. Probably just as well - I read all over the internet about horror stories of some traders who managed to enter trades notwithstanding the glitches, and then were unable to get out, as whatever stock they were trading, dropped.
I tell you it’s wonderful to be here, man. I don’t give a damn who wins or loses. It’s just wonderful to be here with you people.
SOOPOO

SOOPOO
Joined: Aug 8, 2010
This is terrible. Market soaring and I love following MDawg’s takes on it. AMZN up another $40 today. GME plummeting! Hopefully MDawg is freed from the pokey soon. TSLA up big too!
MDawg

BTC roarage, and TSLA on its way back to 900. Going hand in hand! today.

Dangerous for me.... If TSLA hits 1000 I owe wifey either jewelry/shoes/purse! What month do you think it breaches 1k? March?
MDawg

MDawg
Joined: Sep 27, 2018
At some point your wife might switch to wanting health and holistic type products...if you're lucky. Has nothing to do with age, old or young, some women these days want such things more than gold. Although some of those devices may cost as much or even more than jewelry, shoes and purses!
I tell you it’s wonderful to be here, man. I don’t give a damn who wins or loses. It’s just wonderful to be here with you people.
MDawg

MDawg
Joined: Sep 27, 2018
I don't know what's up with this guy. AMZN I mean. People don't like that Bezos is on the way out? But when Wynn (nee Weinberg) was finally booted from WYNN, the stock actually went up!
I tell you it’s wonderful to be here, man. I don’t give a damn who wins or loses. It’s just wonderful to be here with you people.
MDawg

That's why you listen to MDawg, and not PokerGrinder. BTC just hit another ATH, to 48.4K

MDawg booked 3500 yesterday trading extra shares of TSLA buying LONG on dips on a day when it fell -44 pts....

And other five hunny today just fooling around on extra shares of AMZN. Took me longer to make this post than make that. The only 2-11 in progress today is MDawg robbing the other traders with his superior trades.

You seem not shy about posting details about your casino trips, money made etc... same for stock trading. I’m NOT referring to stock ‘holding’, like if you bought TSLA 5 years ago and still have it... How much do you make in an average year ‘trading’? And no, I don’t need proof! My B in law who basically does it as a job makes between $100k and $200k. And that’s working with a bankroll a fraction of yours.... I’ve just started trading.. so I have no track record to point to....

The goal these days is 1K minimum a day, although some days it's a lot more than that. Today I left it alone at 800 as I had to leave at 11:30am. (The one AMZN trade for 500, and a NFLX one for 300.) More of a hobby, trading extra shares of stocks I already hold long term, than any necessity. LIFO. A hobby in that I don't need to do it. Some days I might not trade at all, if my long terms are flying up and there are no serious dips to speak of. I'm mostly a bottom feeding daily dip buyer of top stocks that tend to hit ATHs. I do get stuck sometimes, but then I just average in more and ride it out - to that extent I am not a strict day trader, I will position trade too if necessary.

Lately I have been very conservative playing with rather small lots. In the past I have been far more aggressive, going for 1000 sh lots, with higher goals than just 1K a day.

SOOPOO
Joined: Aug 8, 2010
I could use a hobby that makes me $1k a day! LIFO means you generate a lot of ordinary income, right? I may use 1 of my portfolios (retirement, no tax implications) to try this ‘game’. I haven’t thought it fully through.... like what my EV is, how much I can ‘expect’ to make per day, what variance is...
MDawg

MDawg
Joined: Sep 27, 2018
These are the trades I did this morning. As you may see, I was pretty much done very early in the trading day. That is when stocks have the highest of what I call, "elasticity" - meaning that people haven't given up on them yet, and they are buying most every GOOD dip furiously. 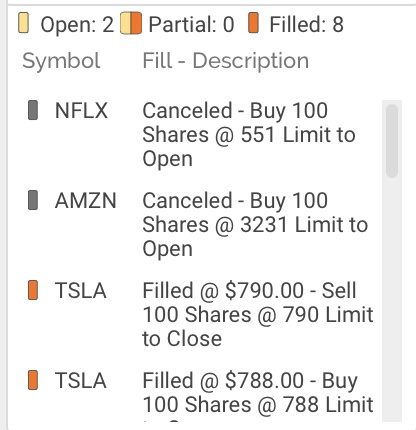 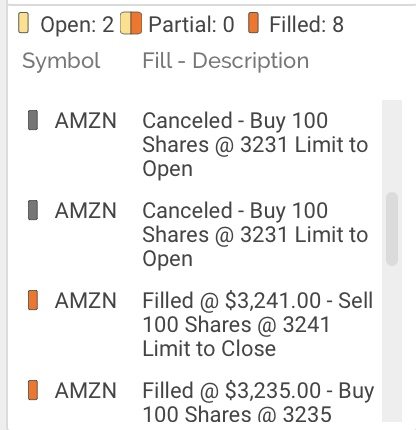 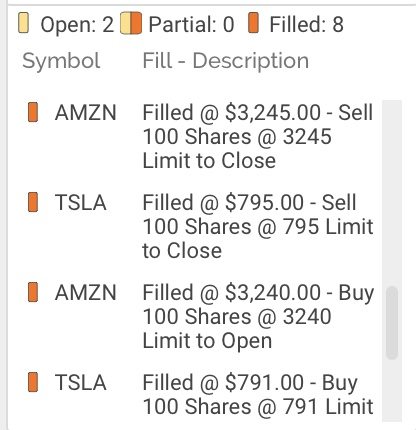 I booked 1700 with ease. I say with ease, in that on each trade I could have held a bit longer, and made more. However, if I had held too much longer, I would have actually been in the red, at least for a while.

After this initial period, meaning the very early part of the day, the market typically goes one direction or another - either lower, or higher. Today, it went higher, at least so far - it is well off its lows right now - but there's really no way to know for sure where it will go after this initial period. Which is why I tend to trade very early in the morning when the stocks often rebound from their dips no matter what else happens later in the day. I also take account of how many days we are into this redness, which AMZN and TSLA have been falling for a few days now. On the first day of a dip, a stock rebounds faster and better than after a few days by which time people may have started to give up. In any case, I made my bones for today and am on to the rest of the day's work.

If you choose to follow this path, you need, of course, the buying power to buy enough of each of the stocks you choose to trade to make the gains worthwhile, and enough to average in more shares to lower your basis if necessary. When it comes to calculating the average on complicated average in buys, such as if I buy say 100 shares, then 50, or 100 shares then 200, etc., I use this calculator:
https://online-calculator.org/stock-average-calculator.aspx
but for simple average buy ins, I can just do that in my head, such as yesterday on that first TSLA trade where I bot in 250 sh of TSLA @ 827, then another 250 @ 813, obviously that's simple math the average is 820 I can do that in my head. So then I just let it go at 821, and made 500 on that trade.

You also need to pick, in my opinion anyway, very solid stocks that tend to hit new ATHs so that even if you get REALLY stuck, you may just hold until they come back. In this respect I am not a day trader, as I will position (swing) trade too especially if I get stuck.

I must warn you Soopoo though, there is a learning curve on stock trading, and in the beginning you will most likely lose money. I've been doing this since I was a kid, since the dot.com boom of the late '90s. There is also a limit to how good you may ever get at it, depending on your innate "talent." Compare it to say, to the LSAT - no matter how much you practice your upper score on the Law School Admissions Test will be limited by your brain ability.

I mention the LSAT only as an example of where no matter how hard you try or practice you'll never score any higher than you are capable. That is not to say that intelligence has much to do with stock trading success, just saying that some people will never be good at trading no matter how much they practice or try.

Actually, interestingly, stock trading success is not contingent on intelligence. Many highly intelligent traders overthink or just have bad intuition or a bad sense for the market, and lose money, while some real dumbos who couldn't think their way out of a paper bag make money hand over fist. But you'll figure out if you have a talent for this soon enough.

And, trying to follow anyone, including your brother in law, me, anyone - just doesn't really work. Traders often enter and exit trades so fast that we don't really have time to guide anyone. I used to try to do that with a friend of mine who was also a trader, but it never really worked out other than our communicating about what we were doing after the fact.

All those guys who profess to "teach" trading are either incapable of success on their own, or are making money off their disciples both by fleecing them for tuition and by entering trades ahead of their students.

If you are thinking about doing this, start tracking some stocks

and start thinking about ranges, and entry points. Think about this too though - take a look at the prices on almost every one of those stocks I tracked on May 14, 2020. Pretty much every one of them is much higher today. So - go ahead and trade extra shares, but don't ever sell your long term holds of the good stocks.
I tell you it’s wonderful to be here, man. I don’t give a damn who wins or loses. It’s just wonderful to be here with you people.
SOOPOO

SOOPOO
Joined: Aug 8, 2010
MDawg... have you ever held or traded BRK.B? I have a bunch of it and it has done well, but not a home run. Apparently it is really a “Warren Buffett picks stocks” ETF. I just read an article that stated around HALF of the value is in ONE stock! Apple. So I guess I am way overweighted in Apple then! It’s in a bunch of my ETFs and mutual fund. Anyway... do you consider BRK.B a stock that you are willing to trade?
RSS Feed