Karyl
Joined: Oct 24, 2019
I work in one of the biggest hospitality supplier Canada "Buy Hotel Linen". We do have different qualities of toiletries, So it totally depends upon the hotel owners which they are using. However, there is not much price difference in qualities when you are purchasing in bulk Linen company that do
gamerfreak 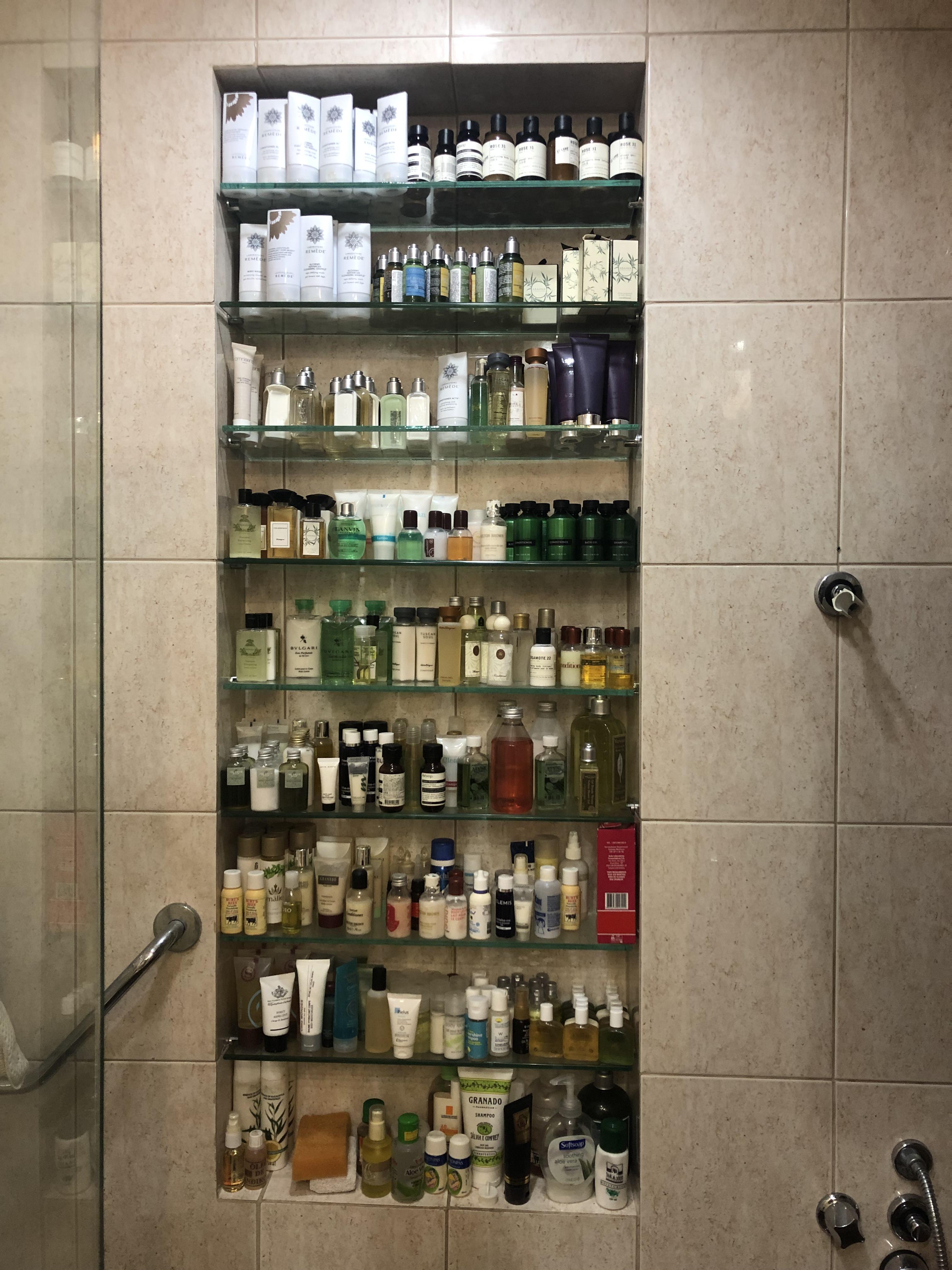 I love it! Too bad in CA this will get a hotel a big fine. They could supply heroin needles but no little tolietries.
Tolerance is the virtue of believing in nothing
gordonm888

I love it! Too bad in CA this will get a hotel a big fine. They could supply heroin needles but no little tolietries.

What? Are little toiletries banned in Ca Hotels? Why?
So many better men, a few of them friends, were dead. And a thousand thousand slimy things lived on, and so did I.
AZDuffman
AZDuffman
Joined: Nov 2, 2009

What? Are little toiletries banned in Ca Hotels? Why?

Law passed, not for sure if in effect or not yet. Law bans.

Why? Because CA is run by enviro-loons. The left-behinds went to help homeless, which CA has more than enough of. But the crazies saw things going into trash and cannot have that. They figure better to have a dispenser that people can pollute if they like than a sanitary little bottle.
Tolerance is the virtue of believing in nothing
MDawg

MDawg
Joined: Sep 27, 2018
We have a towel service, burn through maybe ten towels every day, have a large steam room at home and you need a few towels every time you take a steam, so no need for hotel towels and the novelty of taking anything from a hotel wore off long ago. Hotel pens are crappy, their toiletries are low end, and I have enough notepads to last a lifetime.

In my high rolling days the first time I got to RFB status in one of the resorts I used to stay a lot at, they had one of those fully stocked minibars in the suite. I called downstairs to VIP and asked if the RFB included what was in the minibar, and she said, "Within reason." I thought about it for a bit, got a couple of the plastic bags the maids leave in the closet, and emptied the entire contents of the minibar both inside the refrigerator and everything on the counter, into the bags and hid it all away in one of the closets.

The next day when the bar was restocked, I did it again. I repeated this every day of my stay, and I was there over a week. Sometimes I would have to call housekeeping to have them restock because it would sit empty for a whole day. I never saw a bill for anything.

It got to where I would stuff a Huge duffle bag into my luggage every time I flew in, and go home with everything I could fit into the bag wrapped in hotel towels. This was before the airlines were so strict about baggage weight although one time the skycap asked me if I had any alcohol in the heavy bag, and I lied and said No 😃while actually that particular trip the thing was filled not just with minibar bottles but a few bottles of wine and premium tequila my host had given me too.

It got to where I stopped doing it, not because anyone ever said anything but because I got sick of almost all of whatever they had to offer. Eventually I would take only the beef jerky, nuts, sometimes the Pringles and occasionally suntan lotion. I have tons of expired suntan lotion from those days. 😇

I don't even drink (not even a little bit), and to this day one of the bars in my house is lined up with dozens of those miniatures from casino minibars, even after giving most of that free alcohol away.


I don't play to that level any longer but even if I did I doubt the casinos today would be as accommodating. These days I have had almost all the food comp'ed off a stay and still seen an $8. bag of chips from the minibar remain on the final folio. And you can't really even call over something like that, or the host will think you're being a cheapskate trying to nibble him to death like ducks.

If I'm not even taking free comped stuff from the minibar, I certainly am not going to bother with hotel towels or toiletries. Taking these things is something that gets old fast.

What I have a problem with is hotel guests who steal anything you forget and leave behind in the room. We've rarely recovered anything, high end or low that we've forgotten to pack away with us at check out. I don't think it's the maids it's the guests who steal. In theory the maids are supposed to secure anything left behind in the room, but they don't I've gone back into an empty room we moved from the day before with security's permission and found whatever we left behind myself still there after the maids cleaned it. But once a new guest checks in good luck recovering anything.
I tell you it’s wonderful to be here, man. I don’t give a damn who wins or loses. It’s just wonderful to be here with you people.
FleaStiff

FleaStiff
Joined: Oct 19, 2009
If you must steal those lotions at least use them promptly. Very dangerous not to.

I like the ice buckets for use but I don't steal them.

FatGeezus
Joined: Jun 12, 2010
I have a friend who is now retired. He once owned a 32 unit motel. He got a part-time job as a security guard at a Hilton hotel.

He worked the night shift. He said that he never had to buy toilet paper for his motel for as long as he worked that part-time security job at the Hilton.
Gandler

Gandler
Joined: Jan 27, 2014
I have never had the desire to take anything from a hotel room.

I usually even bring my own shampoo, not a huge fan of hotel stuff.
RSS Feed