Is it just an optical illusion, or is the insert on the "yellow" side off center?

Those are two chips scanned side by side. I was with a friend who got one as well and I commandeered it for this post.

This is a pretty cool catch if they actually produced only 500 chips for the "Grand Opening". Did they have other "limited edition" $5 chip designs for the grand opening, or were all the others of a standard design?

Ayecarumba
Joined: Nov 17, 2009
I came across an industry generated, 'economic impact' report that asserts many of the California cities that host card clubs get at least 25% of their general fund budget from them, with one (Hawaiian Gardens) getting over 80%.
Simplicity is the ultimate sophistication - Leonardo da Vinci
AcesAndEights

I could use some advice from you folks regarding organization of this thread.

Follow your heart, Doc!
"So drink gamble eat f***, because one day you will be dust." -ontariodealer
Konbu

...
Right after that post, Konbu posted a reply with his chips from both the Palace and the Tachi (notably with no "Palace" in the name). I asked whether the Tachi deserved its own place in the directory, perhaps with a link to Konbu's post. I didn't get any reply.

Sorry for not replying. Whatever you suggest Doc let me know. I can go and edit it into a separate entry for Tachi / Tachi Palace.
I CD-ROM.
rdw4potus

Today's chip of the day comes from the Players card club in Ventura, CA. Ventura is a city of about 100,000 people between Malibu and Santa Barbara on CA-1 along the Pacific coast in southern CA. It's a surprisingly normal town in one of the prettier parts of the country. The club has about 25 poker tables. 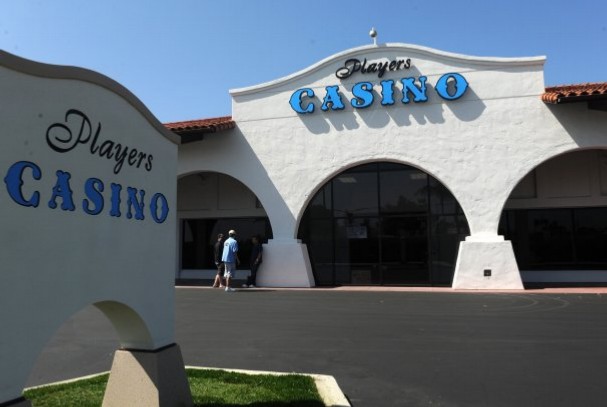 I visited Players club in the summer of 2011. It had just moved across town to its new location. That proved to be a real pain, because the new address was not easy to find. Then, when I found the address, it wasn't in my GPS. It had taken me a little over 3 hours to drive the 70 miles from LAX to Ventura, so not finding the club was pretty maddening. I played poker to collect my chip. I played 1/2 NL hold'em. My hold'em game was pretty dull. Everyone was very tight, and I couldn't catch the cards to use that. I realize that made me pretty tight as well, but I couldn't even pull off a semi-bluff. I was interested in an Omaha variant that they have, but they weren't spreading it at that time. They have an Omaha game with a 10 total cards (5 in the hand, 5 on the board). As if the poker hands in regular Omaha weren't high enough, adding another card makes for some real monsters. I think I'd like that added variance.

My chip from Players is a Chipco product. It's green and white, with an image of a wave. Lots of these chips with wave images seem to depict other-than-friendly waves.

Doc
Joined: Feb 27, 2010
"Players Club"??? Reminds me of the Player's Club for which Player's International had Telly Savalas hawking membership cards back in the '80s.
1BB

"Players Club"??? Reminds me of the Player's Club for which Player's International had Telly Savalas hawking membership cards back in the '80s.

I saw Telly pull up to Resorts in AC via the Boardwalk a long time ago in a stretch limo. He was everywhere back then with that Player's Club. I believe his hand prints graced Resorts' front entrance until they were taken down for remodeling and Margaritaville. I wonder what they did with them.
Many people, especially ignorant people, want to punish you for speaking the truth. - Mahatma Ghandi
rdw4potus

Today's chip of the day comes from the Poker Flats card club in Merced, CA. The club has 3 poker tables.

Here's a picture of the club: 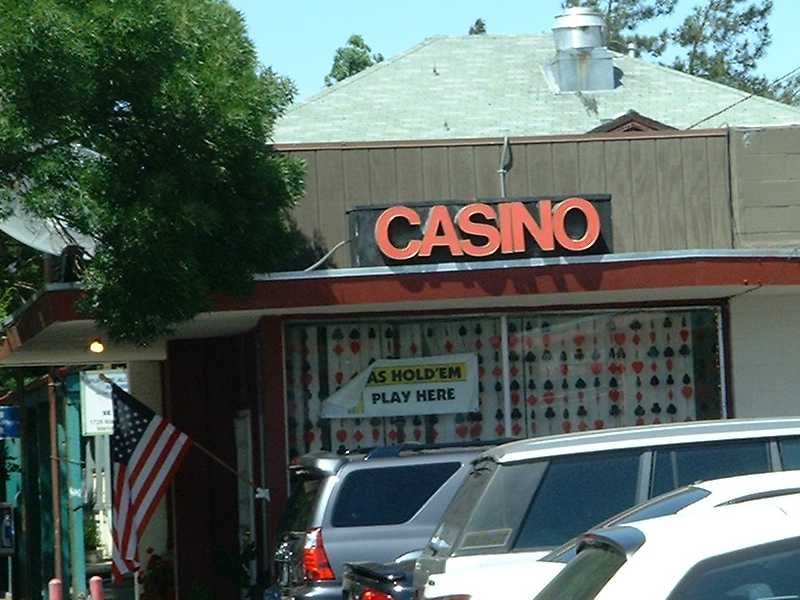 I mentioned a couple weeks ago that I went to the "card club across town" while I was waiting for the Merced Poker Room to open. This was the club I visited at that time. They seemed to have a good setup. On their 3 tables there is 1 cash game and 1 tourney table. The third table flexes between the two formats as needed. They were in the middle of a 20 person tourney when I arrived, and I needed to wait a bit for the second table to transition to a cash table from a tourney table. That was done very quickly once the player count had dropped far enough to fit at one table. I was able to talk my way into the table (despite my spot on the list) by explaining that I would only play for 10 minutes. That allowed me to bypass other players on the list who were cool with my plan and purpose. 10 minutes was about 1 round of blinds. Pretty much nothing happened during that time. I don't think I played more than 2 hands (my blinds) which I basically pushed on. My notes show that I won $7. I'm not sure if that includes the value of this chip or not.

My chip from Poker Flats is a yellow sunfly chip from the Blue Chip Company. It has an unusually large center inlay, similar to the ones we've discussed previously that extend out to and cover the hat & cane section of some Paulson chips. It's a very simple and basic design, with lots of white space. It actually looks kind of weird that the inlay covers the starfly section of the chip.

"So as the clock ticked and the day passed, opportunity met preparation, and luck happened." - Maurice Clarett
Ayecarumba

Ayecarumba
Joined: Nov 17, 2009
Hmm... I wonder what the "LV" stands for?
Simplicity is the ultimate sophistication - Leonardo da Vinci
Doc

Sorry for not replying. Whatever you suggest Doc let me know. I can go and edit it into a separate entry for Tachi / Tachi Palace.

No apology is necessary, of course. Tell you what: if you could edit that post to include a Tachi header like the ones rdw4potus and I have used (state, city, and casino name all in bold) and structure it a bit as if you are posting for a "new" casino, not just posting your chip from the Palace, then I will add Tachi to the directory. So is the new name "Tachi" or "Tachi Palace"?

And s2dbaker, your Max chip post needs those headers, too. And it might make a better "new" casino post if you just threw away all the quoted text about the Casuarina and just told the story of your visit to the Marvelous New Max.     ;-)   Let me know if you will do that.

Thanks again to both of you for your contributions to this thread.
RSS Feed