2. Casino employment 'rightsized' in 2019, below 2018 levels
New Jersey (Atlantic City) - David Danzis, Press of Atlantic City - The total number of people working in the city's nine casino hotels declined slightly at the end of 2019 compared to the year before…Atlantic City's gambling parlors employed 26,761 in December, a 4.2% decrease from the same month in 2018. The number of full-time casino staff fell 5.9% and workers categorized as 'other,' which includes temporary, seasonal and on-call employees, dipped 2.6%. At the same time, there were 174 more part-time employees, an increase of 5.6%.http://bit.ly/36bGZ3H

4. Gov’t strengthens preventive measures against viral pneumonia
“All tourists arriving from Wuhan to the territory – by air, sea or land – are checked individually”, through temperature control and a health declaration.”
Asia (Macau) - LUSA - Macau authorities announced today that they will strengthen prevention against a new type of pneumonia originating in China, on the same day that a sharp increase in the number of people infected with the virus was reported. The control is mainly aimed at passengers coming from Wuhan, capital of Hubei province and where about 11 million people reside, where the third death caused by this type of virus was registered today. http://bit.ly/2TMRAQ6

Video: APCW Perspectives: UK credit card ban coming. http://bit.ly/2GaAFin
Our industry is set to change drastically in the U.K. this spring, as a full ban of the use of credit cards for gambling transactions will go into effect in April.
Last edited by: MrCasinoGames on Jan 21, 2020
Stephen Au-Yeung (Legend of New Table Games®) NewTableGames.com
MrCasinoGames 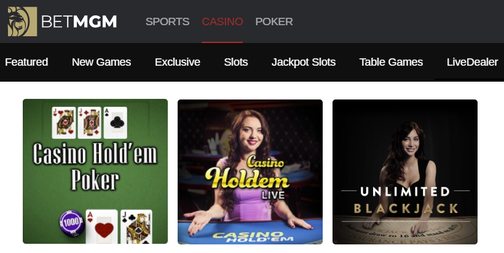 12. Lottery sales sink as other gambling options take off
Illinois (lottery) - Chris Tye, WBBM - As sports wagering emerges in Indiana and online gambling expands in Illinois, the outfit that gets us to scratch and win may be scratching their heads. In the last six months of 2018, http://bit.ly/38df5pi

Heh, heh. Too funny. The law of unintended consequences strikes again. I guess there's only so many gambling dollars to go around. Gee, I wonder what lottery dependent states will do to compensate for this loss of revenue.
Have you tried 22 tonight? I said 22.
MrCasinoGames

1. Coast casinos shattered revenue records in 2019
Mississippi (results) - WLOX - 2019 was a memorable year for the Mississippi coast, not because of blue algae and barren beaches, but rather in a positive sense, with an increase in gaming revenue…the 12 coast casinos shattered records, grossing over $1.3 billion dollars last year. [ The central region posted $301.1 million and the northern region $582.5; the state total was $2.2 billion. December was $195.0 million, up 2.4%.] http://bit.ly/2uuKQLZ

3. Indiana OKs casino, mobile sportsbook wagers on the Oscars
Indiana (sports) - Dan Carden, Northwest Indiana Times - Gamblers who win big Feb. 2 betting on the Super Bowl, or those hoping to recoup their losses, won't have to wait long for another major national event — albeit unorthodox — to wager on. The Indiana Gaming Commission (IGC) on Wednesday authorized the state's casinos and mobile sports wagering operators to set odds and accept bets on the winners at the 92nd Academy Awards. Under the rule, wagers are permitted on all 24 Oscar categories. http://bit.ly/2GiACkO

4. December visitation drops 13.6% as Mainlanders avoid their government
Asia (Macau) - Cory Roberts, CDC Gaming Asia - Official visitor numbers from the Macau Government Tourism Office (MGTO) show what one might assume from the largest drop in GGR in over three years – visitation to Macau, especially from Mainland China, showed double digit drops in December. Visitors from Mainland China, who make up over two thirds of visitors to Macau, dropped 14.5% to 2.09 million. Overall visitor arrivals dropped 13.6% to 3.08 million, the second consecutive month of decline. http://bit.ly/2RnozsN

6. Roxy Roxborough to be inducted into Sports Betting Hall of Fame
“It is an honor to be among the stars of the industry and I’m especially honored to be inducted with two Las Vegas friends,” Roxborough said.
Nevada (Las Vegas) - Deke Castleman, CDC Gaming Reports - http://bit.ly/2GgLDCZ

Approved by the Hellenic Gaming Commission (HGC), it is set to be delivered in conjunction with Greek construction firm Gek Terna and follows last week’s news that Hard Rock International, who was the only competitor, was rejected in Greece’s casino tender. http://bit.ly/2RkH4hf

1. Expanding casino gaming beyond AC not encouraged 'at this point'
New Jersey (Atlantic City) - David Danzis, Press of Atlantic City - The statewide referendum to expand casino gaming outside of Atlantic City may have been soundly defeated in 2016, but the idea is still floating around in Trenton. At the start of the new two-year legislative session last week, both the General Assembly and Senate reintroduced resolutions that support allowing casino gaming in other areas of New Jersey. http://bit.ly/2Giv2Pg

4. Macau cancels New Year celebrations, casino suspension not ruled out
Asia (Macau) - Cory Roberts, CDC Gaming Asia - After confirming yesterday that celebrations would be carefully operated with numerous preventative measures, a second confirmed case of the novel coronavirus, informally known as Wuhan pneumonia, in Macau has caused officials to reconsider. Chief Executive of Macau Mr. Ho lat Seng announced that Macau would indefinitely cancel all large-scale public events that it had planned to celebrate the Year of the Rat in order to strengthen its disease prevention measures. Furthermore, the Chief Executive said he would not rule out the possibility of indefinitely suspending casino operations as well should the situation worsen. http://bit.ly/2GgdEdX

VIDEO: This Week in Gambling: US sports betting and online gambling update. http://bit.ly/2uqreJ1
Discussion includes both poker and betting on sports in California, plus current sports betting information from Maine, Colorado and Washington. Also, the possibility of online poker in Nebraska and Kentucky.
Stephen Au-Yeung (Legend of New Table Games®) NewTableGames.com
MrCasinoGames

1. March Madness possible — but not the Oscars
Illinois (sports) - Tina Sfondeles, Sun-Times - Sports betting inched one step closer to becoming a reality in Illinois. A second round of operating procedures for casinos and racetracks was released by the Illinois Gaming Board on Thursday, but one key thing was missing: a launch date. Instead, the board made it clear that once casinos and racetracks do get the go-ahead, they can start taking bets “as soon as they are ready to do so.” http://bit.ly/2tRj7oO

2. Red Rock seeking $500M in new debt, Palms still losing money
Nevada (Las Vegas) - Howard Stutz, CDC Gaming Reports - Las Vegas based Red Rock Resorts pre-announced fourth quarter results Thursday when it unveiled plans to raise $500 million in new debt…Red Rock said in a statement it intendeds to use the $500 million to repay portions of its current $3.095 billion debt and for “general corporate purposes.” The new debt with mature in 2028. The company estimated total revenues for the quarter would be approximately $447.4 million to $474.2 million – well above $431.5 million the previous year. http://bit.ly/2RP9ZZU

3. Scratches make Higher Power, Mucho Gusto ones to beat
Florida (racing) - Jay Privman, Daily Racing Form - The wings of this year’s Pegasus got severely clipped on Thursday. Only 24 hours after a field of 12 was entered on Wednesday for the Pegasus World Cup, the top two choices on the morning line, Omaha Beach and Spun to Run, both were withdrawn, leaving a field of 10 that is now headed by West Coast invaders Higher Power and Mucho Gusto. http://bit.ly/3aINpuw

4. Board shuffle at casino group Crown Resorts
Oceania (Australia) - GGRAsia - Australian casino operator Crown Resorts Ltd – currently facing an inquiry about its suitability to hold a New South Wales gaming licence – announced on Friday some changes to its board and senior management. A notable shuffle was executive chairman John Alexander stepping down to an alternative role as an executive director. http://bit.ly/2RoqoFB 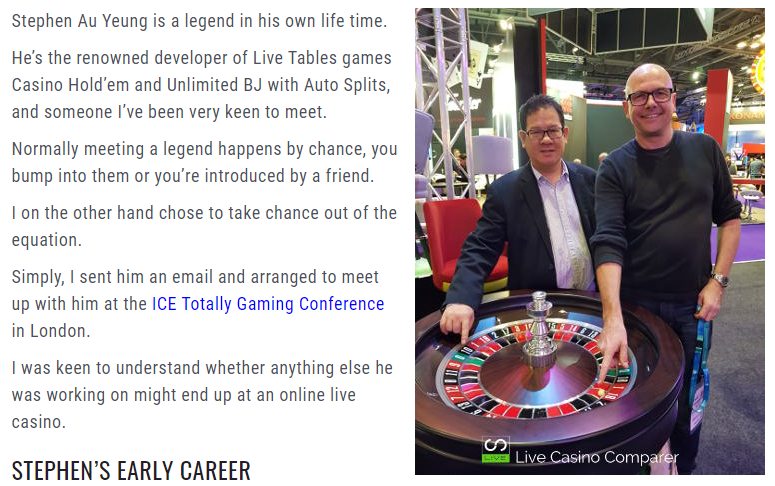 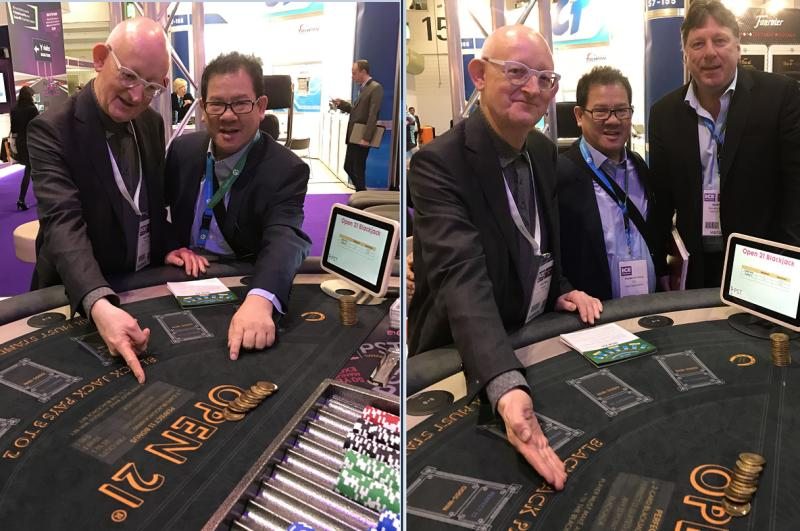 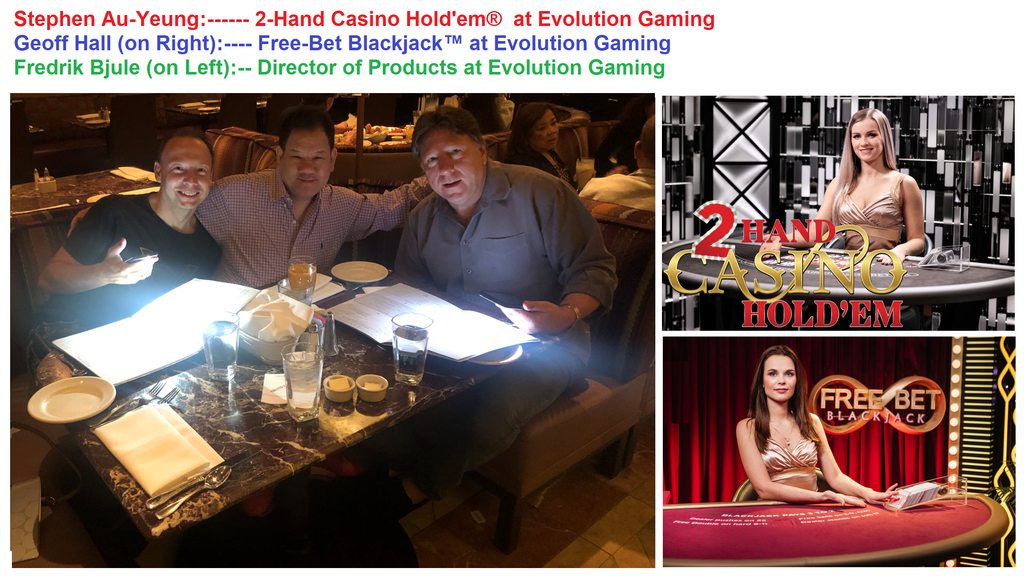