1. NWI casinos start 2020 on winning note
"I think it's more the weather, but sportsbooks did play a role," Dan Nita, Caesars Entertainment, said.
Indiana (results) - Karen Caffarini, Post-Tribune - A favorable calendar, the advent of sports betting and, most of all, a mild winter helped Northwest Indiana's five casinos kick off 2020 on a winning note, scoring a 14.5% increase. Horseshoe Hammond, Ameristar in East Chicago, Blue Chip Casino in Michigan City and Majestic Star I and II casinos in Gary took in a combined total of approximately $75.4 million in gaming revenues in January. Every casino posted increases, according to the monthly revenue report released Feb. 10 by the Indiana Gaming Commission.
[Total revenue for Indiana casinos was $177.8 million, up 19.4%; sports win was $12.8 million.] http://bit.ly/31MLVvc

3. New Wynn Las Vegas convention space open
Nevada (Las Vegas) - Richard N. Velotta, Las Vegas Review-Journal - The first convention customers began using the new two-story, 430,000-square-foot meeting space at Wynn Las Vegas on Monday, and the company already has bookings lined up out to 2028. The company considers the $302.87 million addition, which includes an 83,000-square-foot pillarless ballroom, an extension of the Wynn Meeting and Convention space. It has more than doubled the property’s rentable meeting area, by 300,000 square feet to 560,000. http://bit.ly/2tVscxa

4. PlayNow.com raises weekly deposit limits to CAN$100,000
Canada (British Columbia) - iGaming Business - PlayNow.com, the only online gambling site licensed to operate in the Canadian province of British Columbia, is to increase its weekly spending limits in an effort to expand its appeal and move high limit players away from unregulated sites. Customers registered with PlayNow.com can now set a weekly transfer-in limit of up to CAN$100,000 (£58,182/€68,937/US$75,248), a sharp rise on the previous limit of $9,999. Players will also now be permitted to keep up to $250,000 in their account at one time, up from the $9,999. http://bit.ly/2tOHzas

Video machines beat casinos as gambling booms in state
Illinois (slots) - Jim Dey, News-Gazette - Convenience gambling — video machines on nearly every street corner — continues to boom in Illinois. Destination gambling — driving to one of the state’s 10 casinos — continues to decline in popularity…Since 2012, the first year of video gambling in Illinois, the number of machines in operation has jumped from 2,293 to 33,294…the income generated by the terminals has increased from $12.3 million to $1.677 billion. The casinos generated $1.354 billion in the 2019…less than the $1.639 billion collected in 2012. http://bit.ly/31RQdSe

Va. House passes bill to legalize casino gambling
Virginia (expansion) - WAVY - The House of Delegates has voted to legalize casino gambling in five Virginia cities, including Norfolk and Portsmouth, pending voter referendums in each of the cities. House Bill 4, sponsored by Delegate Barry Knight (R-Virginia Beach), passed with a 61-33 vote on Tuesday afternoon. It also OKs casinos in Richmond, Danville and Bristol. http://bit.ly/31OQqpc

Des Moines airport rejects $225 million casino and hotel proposal
Iowa (Des Moines) - Kim Norvell, Des Moines Register - The Des Moines International Airport board has rejected a $225 million proposal to build a casino and hotel on the airport’s grounds. Reggie Sinha proposed building a 350-room hotel connected to the airport by a skywalk that would feature a “dancing fountain,” a rock garden, a restaurant and banquet facilities. http://bit.ly/2Slxhbg

Donaco’s casino sees visitor decline of 75%
Asia (Vietnam) - Cory Roberts, CDC Gaming Asia - Donaco issued a voluntary notice on the Australian Stock Exchange stating the drastic effects the novel coronavirus has had on its China-bordering casino Aristo International Hotel in Lao Cai, Vietnam. The border crossing, between the Yunnan Province and Lao Cai, is highly restricted and only allows those who have an “urgent” or “official” business reason to cross. For the first eleven days of February, total casino visitation dropped 75% averaging just 125 players per day, compared with 501 in the same time period for 2019. Rolling chip revenue fell even further, declining 82% from RMB317 million to RMB58 million. http://bit.ly/39vtpdv 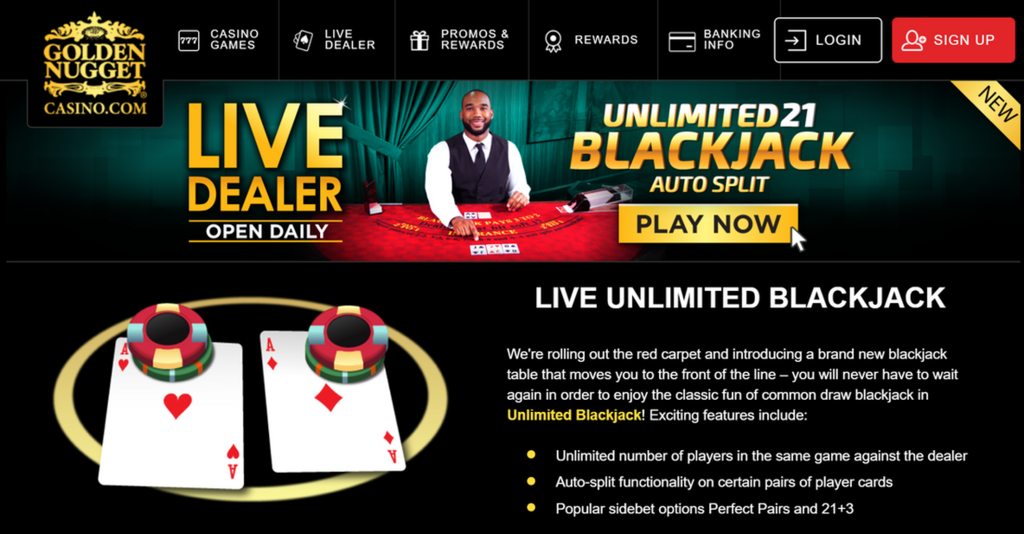 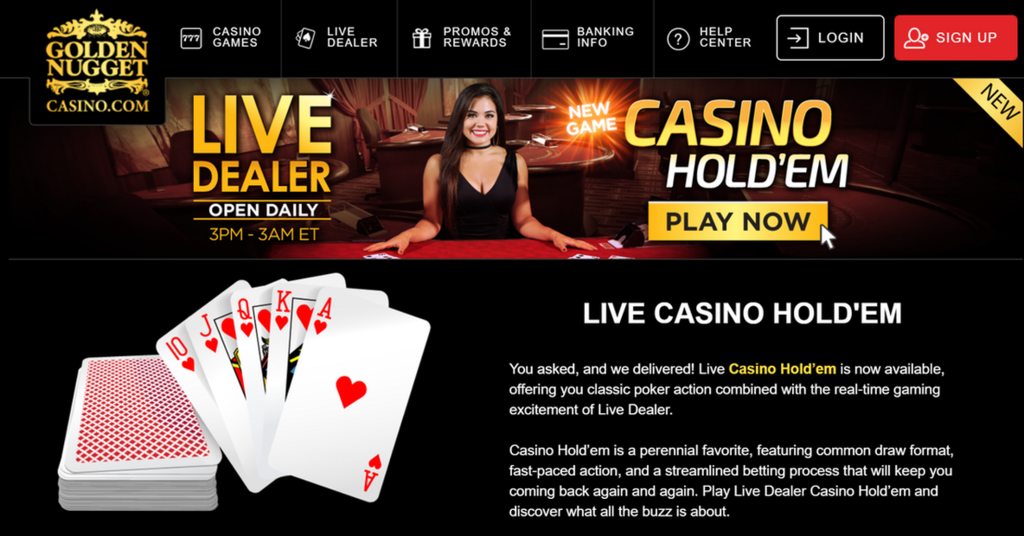 Atlantic City casino revenue up to start 2020
"2020 is off to a promising start for Atlantic City," said Steve Callender, president of the Casino Association.
New Jersey (Atlantic City/results) - David Danzis, Press of Atlantic City - The casino industry started the new year on the right foot by extending its streak of gaming revenue increases to 20 consecutive months in January. Total gaming revenue reported by the city's nine casinos was more than $300.7 million, 30.9%, over January 2019… Online gaming revenue increased by more than $21 million, or 64% to $55.1 million... Sports betting revenues were up 185.2% with a reported $53.6 million in revenue. http://bit.ly/38nurYW

Jim Murren to step down as MGM Resorts Chairman, CEO
National (corporate) - Howard Stutz, CDC Gaming Reports - MGM Resorts International Chairman and CEO Jim Murren announced Wednesday he will step down from his leadership positions with the company as soon as the board names a successor. In a statement, MGM Resorts said the board formed a committee of independent directors to conduct the search process for a new CEO. Murren has served as chairman and CEO of MGM Resorts since 2008 and has been with the company since 1998, when the former Wall Street analyst joined the company as president and chief financial officer. http://bit.ly/38sh3Tl

Stockbridge approves support for Hampton gambling referendum push
Georgia (expansion) - Leon Stafford, Atlanta Journal Constitution - Stockbridge has thrown its support behind fellow Henry County city Hampton in its effort to play host to a casino in the future. Stockbridge on Monday unanimously approved a resolution in support of allowing Georgians to vote on whether they want gambling in the state. The legislation, however, added that the city’s approval does not mean it has taken a position on whether gambling should be allowed. Supporters of gambling are hoping that they may get a question on the ballot this year after several years of trying. http://bit.ly/3bEgJ5W

Over 100,000 queued for masks yesterday
Asia (Macau) - Renato Marques, Macau Daily Times - Some 100,000 people acquired face masks on the first day of the government’s third round of distribution, a total of 1.06 million masks were distributed yesterday to all distribution points, a situation that led to long lines in several pharmacies and healthcare centers all over the city. This fact led Leong to appeal to all residents to avoid rushing to the points of sale to avoid a high concentration of people, a situation that is contrary to the government’s efforts to contain the epidemic and control possible outbreaks of the virus. http://bit.ly/2uNKWii

MrCasinoGames
Joined: Sep 13, 2010
The Inside Tour of Golden Nugget’s Live-Dealer Studio. http://bit.ly/31TeJT1
Customers arriving at the Golden Nugget Atlantic City via the self-parking entrance may or may not notice a hidden casino.
Like a real gambling floor, there are Blackjack, Poker, Roulette and Baccarat tables.
Behind the tinted glass, however, the scene is quite different. Players and gaming chips are nonexistent. Actually, they are live in the virtual world.

* More importantly, Golden Nugget is tops when it comes to NJ online casino industry.
The property reported $17.2 million for December.
For 2019, the Nugget has earned $177 million from online games (good enough for a 68.9% year over year increase).
Online revenue topped land-based ($14.3 million) for the third month in a row.

* There is certainly no shortage of options inside of the Golden Nugget’s secret room (good luck finding the door).

Here is the breakdown of games:
Nine active blackjack tables.

Number of seats available at each table varies by game. 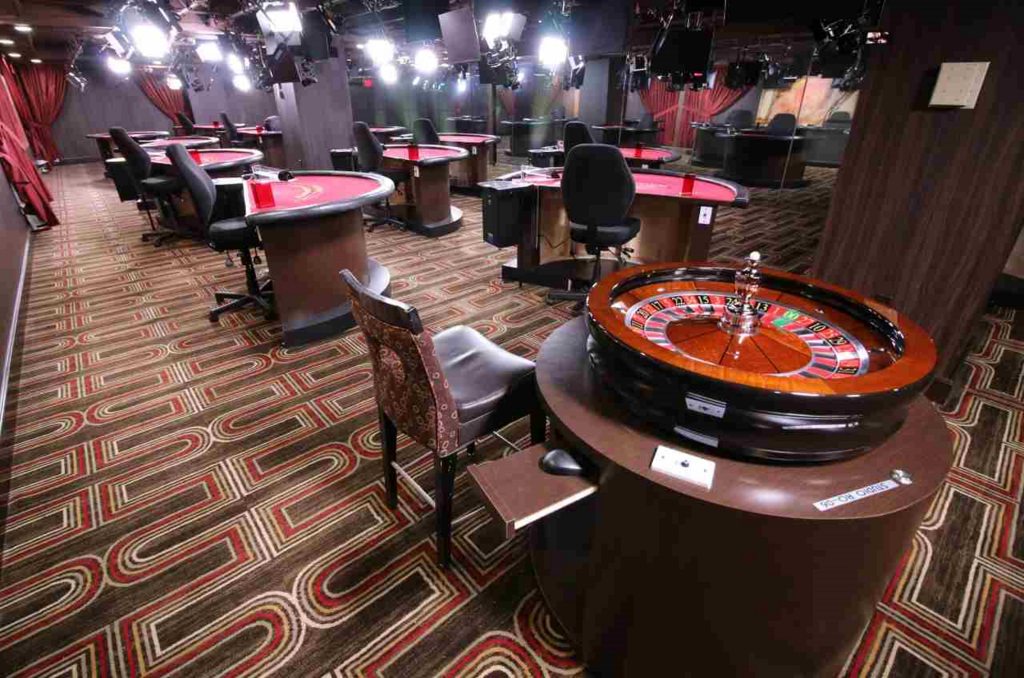 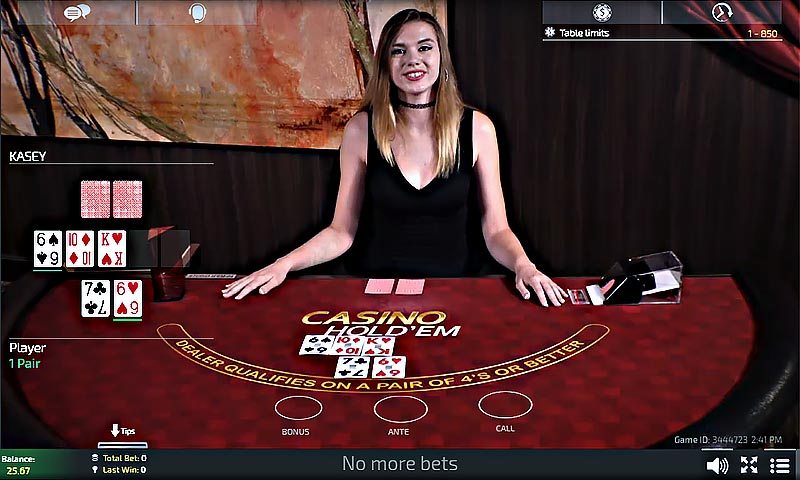 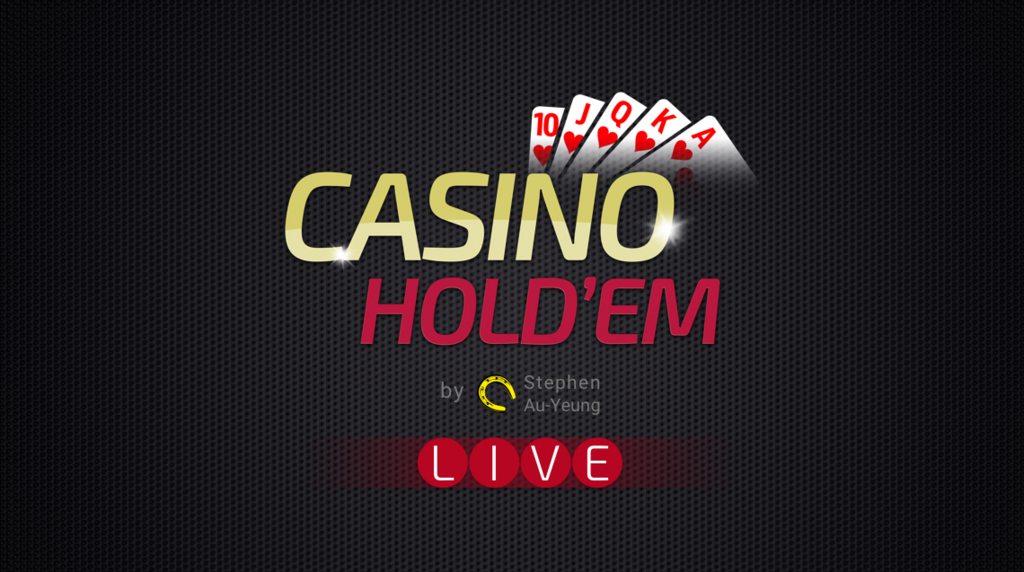 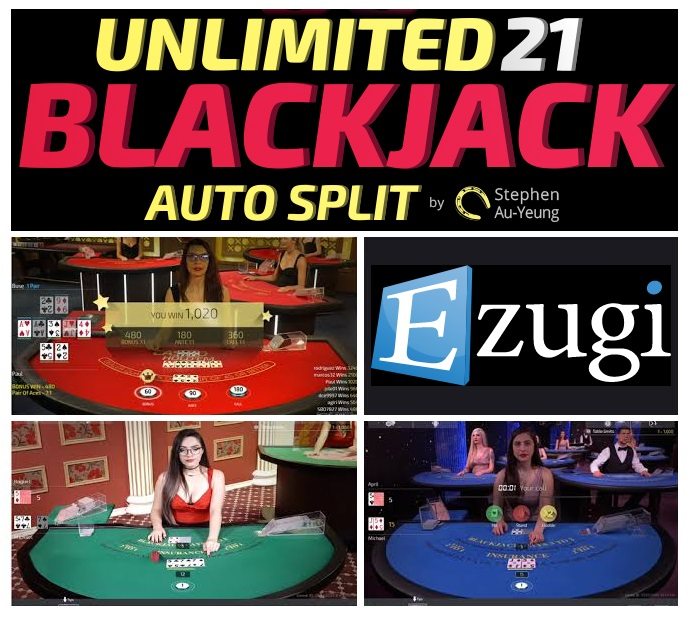 Dawn and Billy Takacs own a business, a patent, and a dream.

The couple hope those provide a ticket to success in the longshot world of casino game development.
That’s because their baby, which has yet to make its first dollar, already has cost almost $200,000 over the past 3½ years. And that doesn’t count untold hours of labor ranging from designing the game and debating about color schemes to poring over interminable legal documents and filling out background inspections for multiple gaming jurisdictions...

She and her husband marked a milestone last week: Tulalip Resort Casino in Washington, about 40 miles north of Seattle, began offering their game, a craps derivative called Yo!, marking the first casino placement of the game. Dawn Takacs said casinos in four other states have expressed interest... http://bit.ly/2u2TtO5

* Double-Barrel® Bonus-Blackjack™ is a set of Two Side-bets for any Blackjack games (Ten-20® and Perfect-11®). NewTableGamesABBIATI.com
​
RULES: DoubleBarrelBonus.com 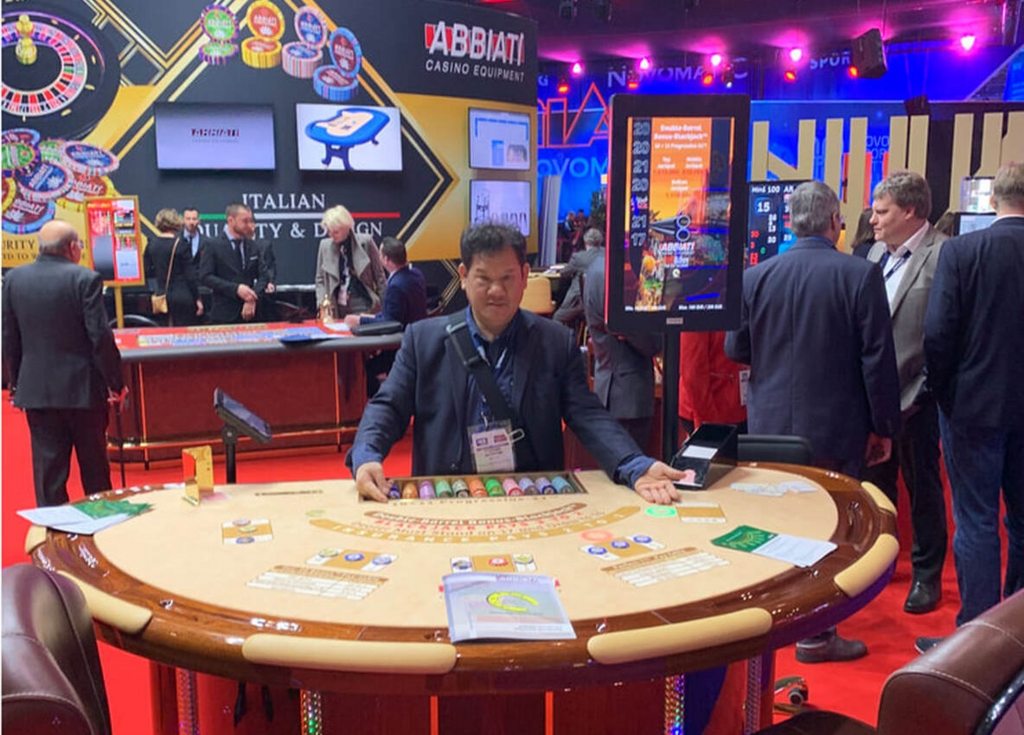 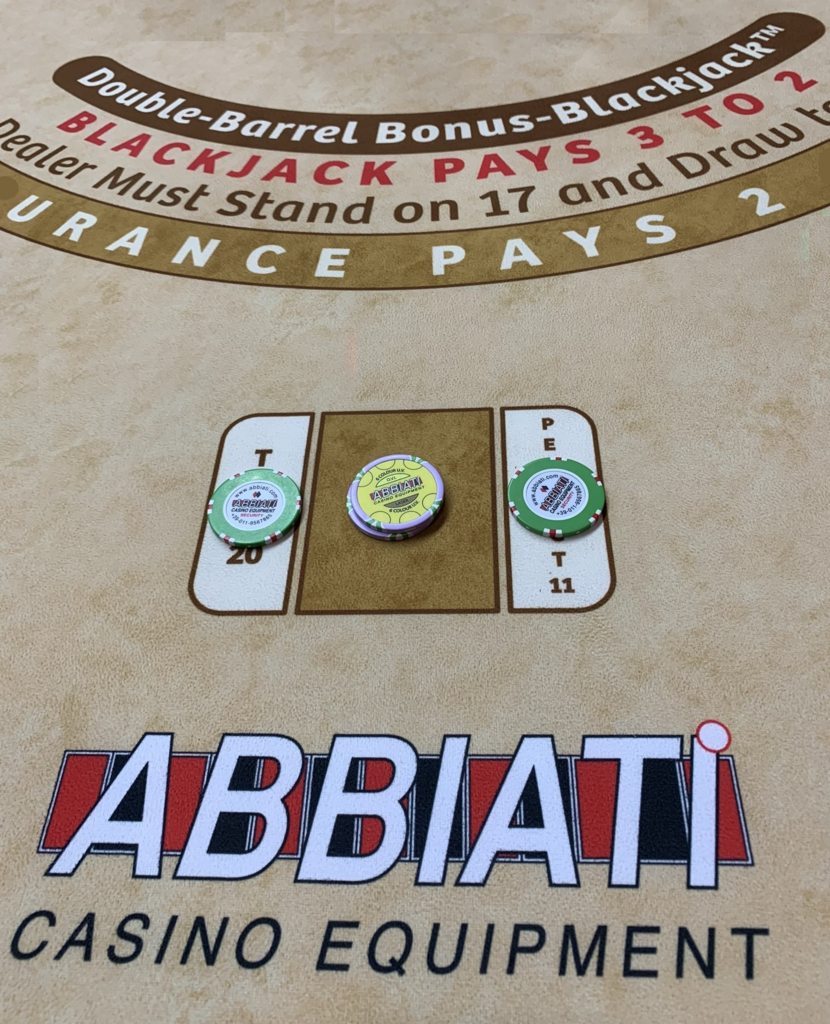 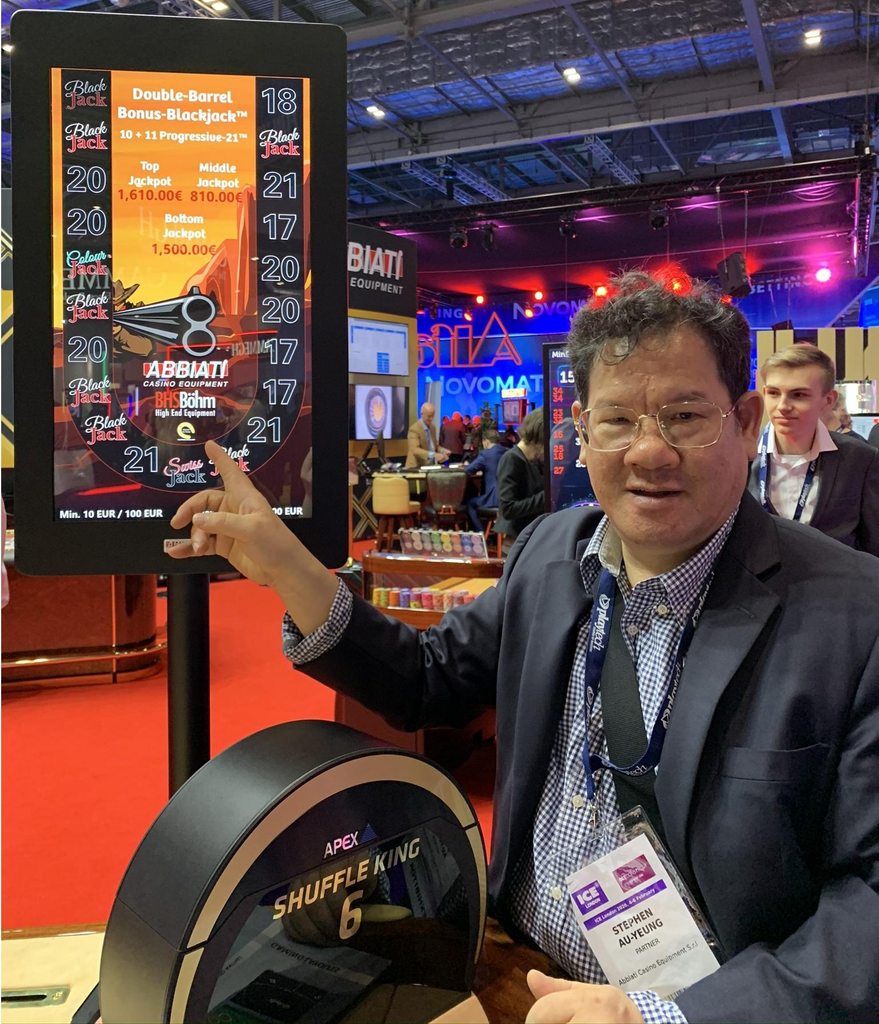 Gialmere
Joined: Nov 26, 2018
I'm glad to hear that Yo! got its first placement. I've been interested in the game since seeing the Wizard's CE video on it and hope it comes to SoCal or Vegas soon.

Have you tried 22 tonight? I said 22.
MrCasinoGames

President pardons ex-San Francisco 49ers owner DeBartolo Jr.
National (litigation) - Aamer Madhani/ Kevin Freking, Associated Press - President Donald Trump on Tuesday pardoned Edward DeBartolo Jr., the former San Francisco 49ers owner convicted in a gambling fraud scandal who built one of the most successful NFL teams in the game’s history. DeBartolo Jr., who owned the San Francisco 49ers during their 1980s-1990s dynasty, was involved in one of the biggest owners’ scandals in the sport’s history. In 1998, he pleaded guilty to failing to report a felony when he paid $400,000 to former Louisiana Gov. Edwin Edwards in exchange for a riverboat gambling licen http://bit.ly/32hRYsh

Alaska, Wyoming Make It 21 States With Live Sports Betting Bills
National (sports) - Matthew Waters, Legal Sports Report - There are now 21 states with sports betting bills introduced this year, 18 of which would legalize sports betting. The latest adds to the list are Alaska and Wyoming. Wyoming’s bill would open a sports betting marketplace while Alaska’s would legalize through a state lottery. Both bills would authorize online betting. The US would have 38 states (along with Washington, D.C., and Puerto Rico) with legal sports betting is all legalized this year. It’s more likely that just a handful will legalize this year. http://bit.ly/37GOmRm

Mohegan, Foxwoods’ slot revenues rise in January
Connecticut (Indian gaming/results) - Joe Cooper, Hartford Business Journal - Mohegan Sun said the casino reported slot revenue of $43.8 million in January, up 7.6%...the “handle,” was $529 million, also up 5.5%... Foxwoods Resort Casino said its slot revenue last month rose 4.6% to $32.5 million…handle in January was $401.6 million, up 6%. http://bit.ly/39MDF1f
No more than half of Macau’s gaming tables allowed to operate
Asia (Macau) - Jane Ka Cheng Wong, Inside Asian Gaming - Macau’s casino operators have been instructed to implement a series of new safety regulations and restrictions to their gaming floors upon re-opening this week, aimed at preventing large crowds of customers gathering in close confinement. The restrictions, issued by the Gaming Inspection and Coordination Bureau on Tuesday, include limiting the number of gaming tables allowed to open on any casino floor to no more than half to ensure adequate space between tables. http://bit.ly/325Dg7z