smoothgrh
Joined: Oct 26, 2011
My family and I stayed at Atlantis casino in Reno on the nights of Tuesday Aug. 24 and Wednesday Aug. 25. The casino is located in south Reno on S. Virginia Street, about a 15-minute drive from the famous Reno arch. It’s also connected to the Reno-Sparks Convention Center by a raised, covered walkway. One of Reno’s other major casinos, Peppermill, is a 15-minute walk away.

Mrs. smooth and I, as players club members, got offered one free night with one paid night. For years, free nights in Reno did not include a resort fee, but for this trip and our April 2018 free nights at nearby Grand Sierra Resort, the fine print stated that a resort fee is charged on free nights. Which I heartily disapprove of paying!

The room amenities include a coffeemaker with two regular and two decaf coffees, two green tea bags, a safe, bathroom scale, iron, two 12-oz. bottles of water, two alarm clocks that each have 2 USB/power outlets, and of course, a television. 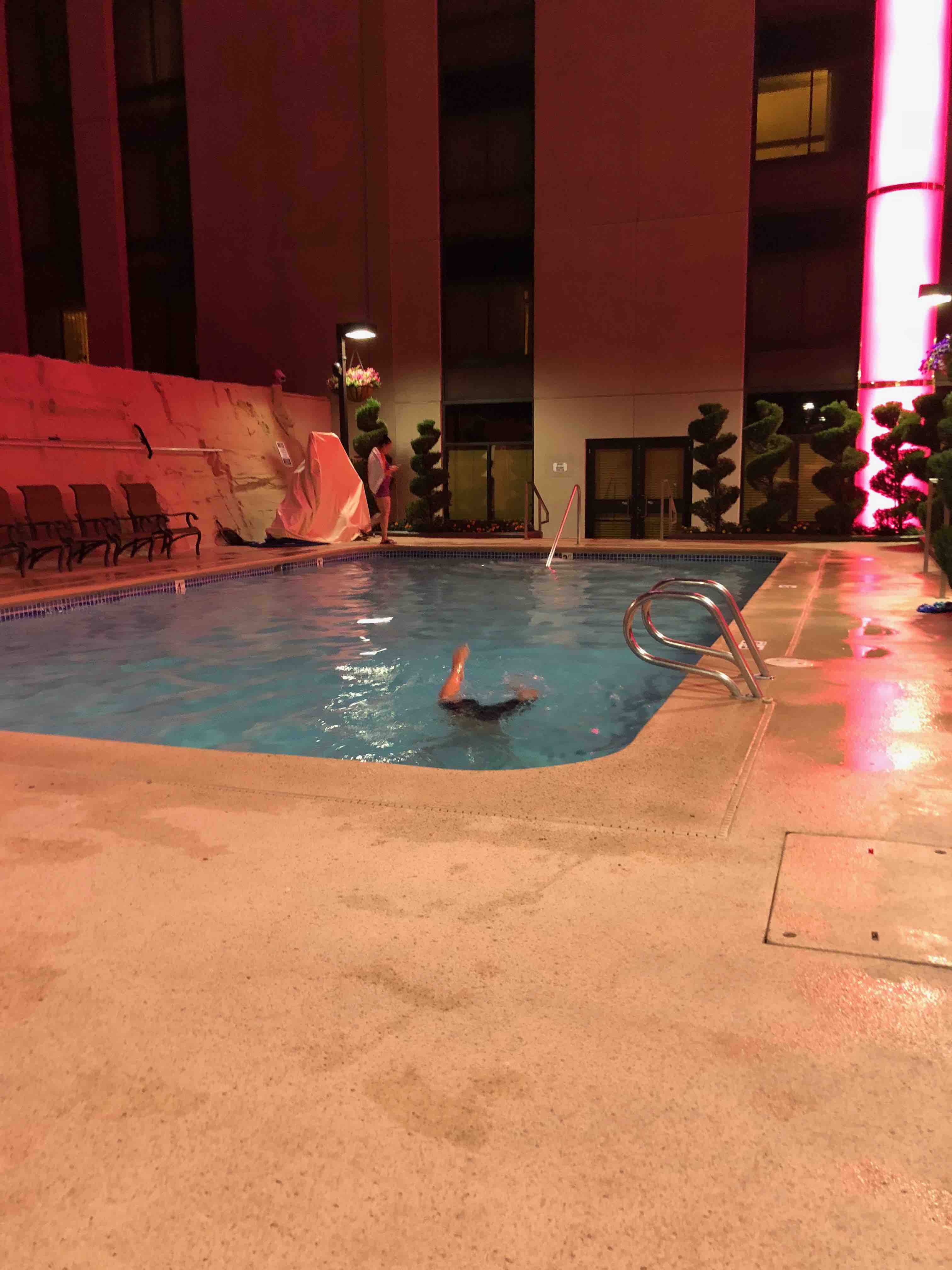 One of the great bargains at Atlantis is the “happy hour” at Bistro Napa restaurant. From 4 to 6 p.m., food and drinks in the bar area are half off, which is amazing for the high quality food and alcohol. People line up at 4 p.m. to get a table or spot at the bar. After checking in, we moseyed over at 5:20 p.m. The hostess put our name on the list, but warned that we might not get a table before 6 p.m. They have a strict last call for half-off pricing. We did not get a table. We had dinner instead at the Sky Terrace Restaurant, which features seafood combination dinners, seafood stews, and an all-you-can-eat sushi option. This restaurant used to be our go-to location for dinner, but the quality has declined over the years. We were greatly disappointed with the sushi in our 2016 visit. This time, perhaps because we were hungry, we were satisfied. But upon reflection, I felt like the sushi rice was too dense, and the fish flavor was bland. My prawns and scallops in a sweet cream broth was good, but a tad too sweet. Nobody was playing poker on Tuesday night, so we wandered around and played one of two Iron Man slot machines. I thought all slot themes that are now part of the Disney family (Marvel comics, Star Wars, and Indiana Jones) were long gone, so it added to the curiosity value. The machine is pretty but boring! We moved over to the Pai Gow Poker table for no-stress gambling. Usually I get pretty amped up about wagering, but this time we played leisurely for about an hour, chatted with a local player who the dealer recognized, and enjoyed some cocktails. Our fellow player got quads for $200 in bonuses. I flat-betted $5 the entire time and finished ahead $9.50. 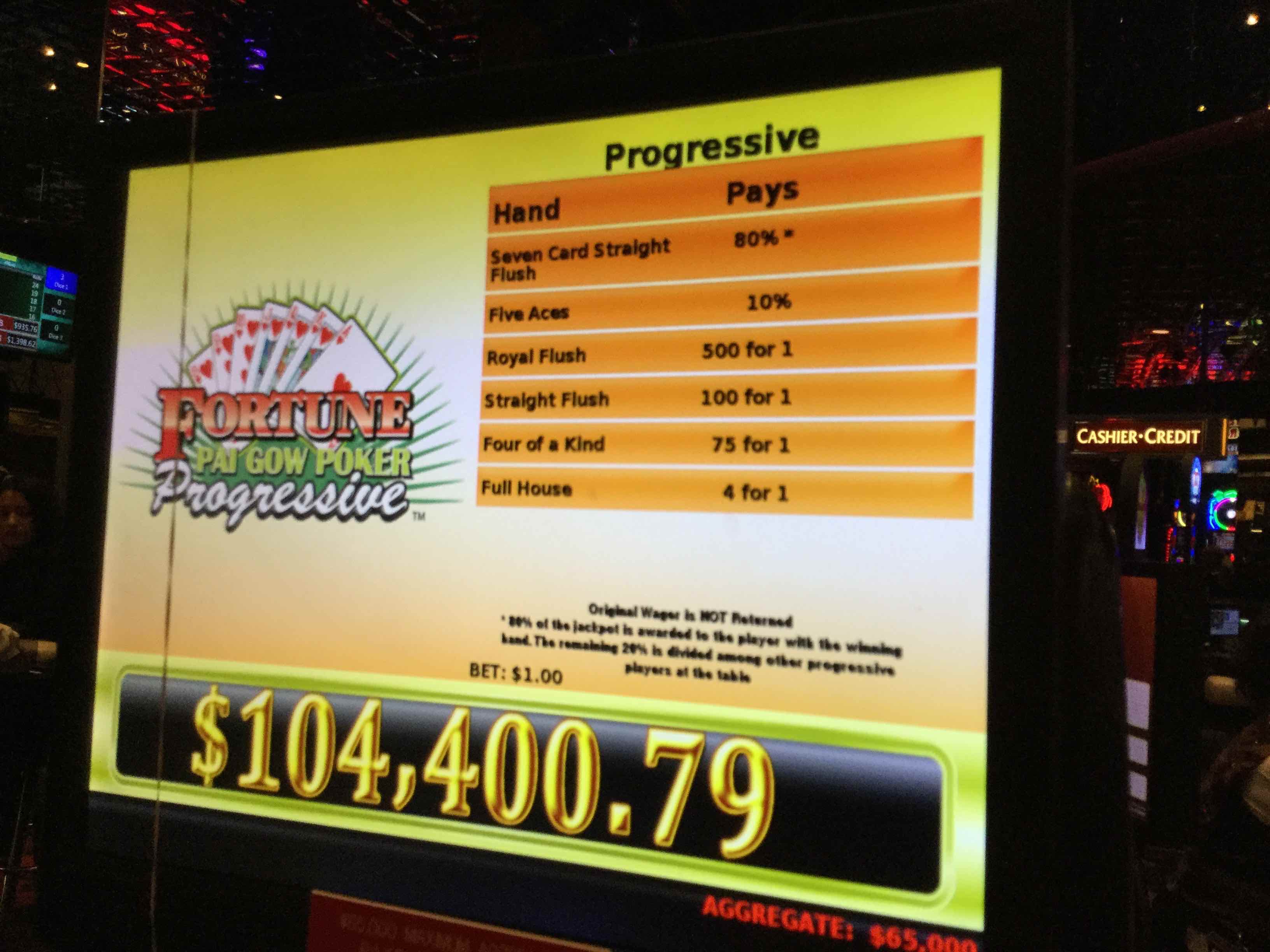 The next day, I had $2.43 in comps in my player card, which I applied toward a coffee. I also asked the players club rep for a deck of canceled playing cards, which the pit boss stated they might have. They did!

We did a lot of swimming during our stay. The indoor pool is round and larger than the outdoor rectangular pool, which is deeper. At the pool bar, I ordered a piña colada (which I like), and the bar attendant made enough for two drinks, so she gave me both. I gave the other to Mrs. smooth, who gave it to the guest she was chatting with, who gave it to her daughter. Everybody’s happy!

That night, we arrived at Bistro Napa promptly at 4 p.m. and had an excellent dinner as usual. I had a Sidecar cocktail. Later, we played $1-$2 no-limit hold’em, and I had another Sidecar. Guess which one was better? We helped start a new table, and I wound up winning $120, the bulk of which came late after bluffing two hands. I think my bluffs worked because of a tight image I projected early on. I contemplated for a relatively long time whether to call a $20 bet on the turn with about $40 in the middle. I had an outside straight draw, and I actually forgot how to compute pot odds! So I folded. In another hand, I projected a value bet on the river in which I had paired the board, but there was also a set on the board. It was enough to beat the caller, who was the person who later folded to two of my river bluffs. In one hand, I projected a made flush by calling/raising $15 on the river. Poker at Atlantis earns $4/hour, so the next morning, I had $4.95 in comps. For our gambling that day, I wanted to play a 9-6 JoB quarter machine with a small progressive jackpot. I finished down $20, but Mrs. Smooth hit quad 10s. Later, I played the old Max Action slot machine, got a bonus round on my first spin, and finished ahead $24.20. One final note, I noticed the sportsbook now features baseball betting on whether a team will score in the first inning—an intriguing bet!

Vegasrider
Joined: Dec 23, 2017
Nice write up and review. Yes, the best Happy Hour in town is at the Napa Bistro. I also like their sushi bar, get their by 4 pm and you get lunch prices for all you can eat. Yes, $4 an hour for playing poker. That was my idea that I talked the poker room manager to try.
Prior to that they had a soap bar which cost them $150 per pot which they had to order several times a day. Plus they comped anyone playing poker off the poker menu after just one hour of play. They did the math and they are making more money giving out $4 an hour vs the old system. Plus they have good promotions in the poker room. Best promo is when they pay out the high full house for the hour. Sometimes there are only one or two tables going so it doesn't take much to win that $100. Plus if you are one of the top 50 hour accumulators for the quarter, you get actual cash back! I think $1000 for the top 5. That's ontop of your $4 an hour.
smoothgrh

smoothgrh
Joined: Oct 26, 2011
Oh yeah, I forgot about all the poker room bonuses. Most places just say "yeah, any quads beaten." Atlantis had a bad beat, high hand, aces cracked, and even a "steel wheel" bonus for a 5-high straight flush of spades (I think?).

Thanks for the poker room suggestion! I thought Eldorado's $2/hour poker comp was pretty good. That poker room is gone now, moved to Silver Legacy.
odiousgambit

My family and I stayed at Atlantis casino in Reno on the nights of Tuesday Aug. 24 and Wednesday Aug. 25.

Nice write up but an even more amazing use of a time machine! Plan to clean up soon using that I bet, eh?

Just ribbing. It's fairly obvious what your mistake was, but what is kind of funny is that you listed both the day of the week and the date and still made the error.
the next time Dame Fortune toys with your heart, your soul and your wallet, raise your glass and praise her thus: “Thanks for nothing, you cold-hearted, evil, damnable, nefarious, low-life, malicious monster from Hell!” She is, after all, stone deaf. ... Arnold Snyder
smoothgrh

Nice write up but an even more amazing use of a time machine! Plan to clean up soon using that I bet, eh?

Just ribbing. It's fairly obvious what your mistake was, but what is kind of funny is that you listed both the day of the week and the date and still made the error.

GAH!!! Here's a perfect example of why people need editors! Or why they have DeLoreans.

I'm past the editable point, so allow me to correct here: we stayed on the nights of Tuesday, July 24 and Wednesday, July 25.
Vegasrider

GAH!!! Here's a perfect example of why people need editors! Or why they have DeLoreans.

I'm past the editable point, so allow me to correct here: we stayed on the nights of Tuesday, July 24 and Wednesdayu, July 25.

We know what days you meant
smoothgrh

smoothgrh
Joined: Oct 26, 2011
Our latest mailer from Atlantis Reno with the rate calendar and free night offers says "Resort fee applies to paid nights only." So I would assume that means enough people have complained about being charged resort fees ($25 + 13% tax) on their free nights.

During our last stay, we complained about never having to pay resort fees on comped nights, and got the fee waived.
longislandman

last year we stayed for 3 nights in peppermill down the street from atlantis, onlyl because our friends live in sparks and told us that is their home casino.
nice enough, we never checked out rooms in atlantis, but we enjoyed playing there and eating there in the little restaurant overlooking the slot/casino floor

they send us free comped nights, but its big trip for one night comp......we enjoyed the gaming there.

we had a rental car, we came outside, every car was white in the log, it took us 35 minutes to locate our car, it was funny, but not so funny before we found it.
Im waiting on that 1 dollar flat with 100x odds to make my fortune
RSS Feed