djatc
Joined: Jan 15, 2013
Man I dont think I've lost money in all the superbowls I bet. I should be a tout now
"Man Babes" #AxelFabulous
FinsRule

The half point didn’t get me.

Probably the easiest win I’ve ever had
DrawingDead 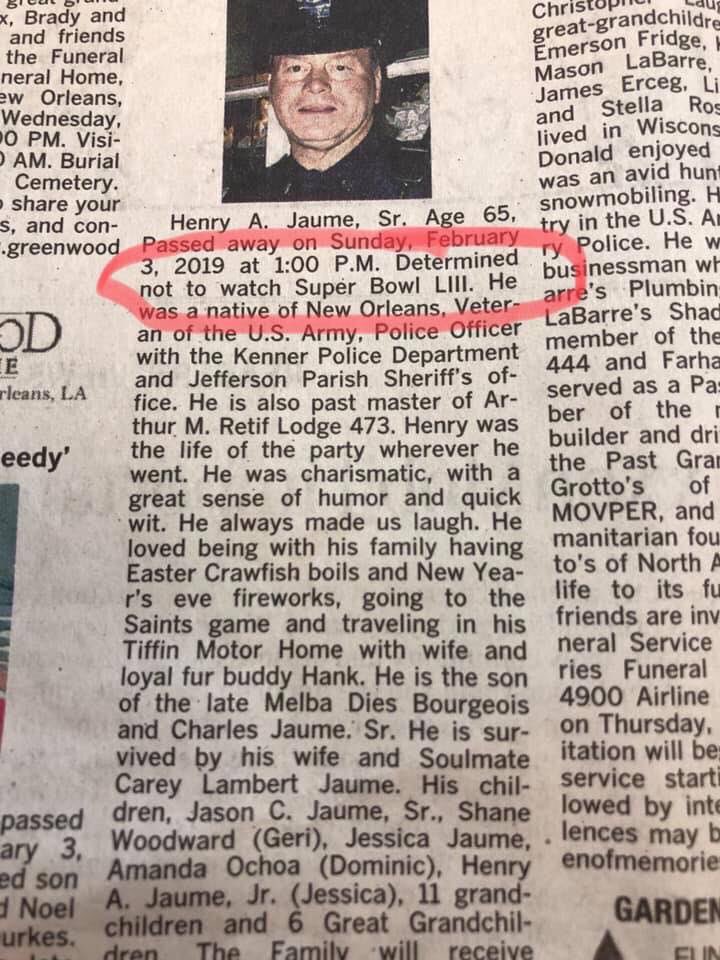 Since nobody else has started one, let this be the spot to discuss the 2019 Super Bowl, other than my own Prop Bet Challenge.

As an average, at the moment the Pats are a 2.5 point favorite and the over/under is 56.5. Like every year, here is my quick and dirty analysis, looking at the 2018 regular season. The following table shows the average points scored and allowed by both teams.

My predicted points for each team is the average of their historical points per game and points allowed by the opponent. Doing this we get:

Very interesting! By this method, the Rams should be a one-point favorite. However, it gets argued every year whether or not the AFC is the tougher division. In that past, some have given the AFC team three points just for that. Doing so, the line would favor the Pats by 2, which is very close to where we are. Not many games end in a margin of victory of 2, so the difference between 2 and 2.5 is very small.

This same method is quite accurate for predicting the total, by averaging all four numbers and multiplying by 2, in which case you get 52.25. That makes the under seem like a strong bet.


The problem with this approach is the implicit assumption that a team neither improves or gets worse during the course of a season.

The Patriots put an emphasis on getting better during the year so that they peak during the playoffs and Super Bowl. For several years now they play poorly during the first 3-4 games of the year. They have the luxury of being in the same division as the Jets, Bills and Dolphins -three teams that have been terrible for the past 20 years - so they always make the playoffs by being the division champions. So, they simply have no focus at the beginning of the year, and they experiment with players and schemes, etc.

Also, injuries can certainly effect the quality of team.

So averaging the performance of the teams over the year is what a mathematician might do, but its simply not what a top analyst would do.
So many better men, a few of them friends, were dead. And a thousand thousand slimy things lived on, and so did I.
RSS Feed