3) Dimensional & weight tolerance on these same sleeve Dice, (each Die #'d with a marker before measurements) were Extremely Small,
with perfectly SQUARE Sides, verifying high manufacturing quality for all dice, a good thing.

4) Lowest weight Die from each Group was Placed on a Balancer & Verified to Yield Random Faces on Spin Testing @ the loosest Caliper
setting. All 5 Red Dice were Spin Tested & Verified to be Balanced, as such, I saw no need to spin other Blue or Yellow Dice. Weight
& dimnensional measurements shown above, proved that all Dice were manufactured under good manufacturing practices. I will shoot
Pairs of of all Dice Sets, on my practice table to see if any obvious differences occur, but this may take a month to conduct.

5) A Balancing Caliper requires skill to operate & must be utilized with Die running only on it's very extreme corners, thus minimizing
interference from the Tetrahedral Edge Surfaces of the Die. Tetrahedral Edge Surface interference from the Die in the caliper, will
result in failure to VERIFY DIE Unbalance; unless it is set to the very minimum that will retain the Die in the caliper. When set
to these minimums, this procedure provides a highly accurate measure of Die Balance. Note that WD-40 was applied to the Balancer /
Die running surface in these tests, via a very small brush, to minimize friction of Die to Caliper surfaces.

6) After verifying Balance, the #5 Die from 24902 (lowest average weight) was counter weighted to establish the weight needed to verify
Unbalance in the Die. This was accomplished by adding Super Glue to the #6 Face of the Die. Some 5 drops added failed to verify
unbalance in this test. Adding another 5 Drops of Super Glue (& allowing it to dry), however resulted in Verification of unbalance,
wherein a series of spin testing trials, resulted in some 4 of 6 Spin tests Documenting the #6 Face to Stop at OR NEAR the Bottom of
the Balancer. In this test, the weight added to the #6 Die, Required to Verified Unbalance was only 0.1738 Grams as Applied directly
to the #6 Face of the Die.. This is only 2.055% of the weight of the Die evaluated.

7) Of Note & Concern is the Maximum Weight Delta for Die #4 (From the as handled, etc. to the Wiped Clean Condition) was 0.17675
Grams, just over that weight it took to verify Unbalance in a Die! Now, if that weight was uniformly distributed, over the Faces of the
Die, no concern. However, if that weight was concentrated on a single Die Face, it alone could result in that Die Being Unbalanced.

8) Wow, there may be validity, not superstition, behind some shooters pitching the Dice into the wall & rubbing them around there, or
scrubbing them on the felt, thereby cleaning them back to their manufactured state & minimizing potential Unbalance from accumulated
oil & perspiration therein, before they shoot! Yes, this habit would appear to enhance Balance of the Dice, before shooting them!

9) Some potential regulations call for PiP's to be Flat to the surface. This was essentially true, however, a Micrometer Verifies a Step for
each PiP, of about 0.0002 to 0.0003 Inches. This likely results from the PiP's being harder than the Acetate Plastic comprising the
Die Body, leaving them slightly higher after grinding & polishing operations. On all Die, herein, the PiP's were very thin (Avg. 0.030 IN) &
not likely to produce unbalance unless a very significant difference in PiP Density Vs the Base Acetate Material existed, This could
be possible, if PiP material for say 5's & 6's was Doped with lead, etc. This, however, would require specific hand loading of those PiP's
and would require a conscious effort by the manufacturer of those Dice. A Dice Caliper would point this BIAS out very quickly, however.

10) In the second table above, PiP's were found to be only 0.030 inches thick. This would be good manufacturing processing, as the PiP
Epoxy Material is estimated to cost some 20 times that of the base Acetate material & keeping it thin reduces cost per Die. PiP
thickness was visually measured by placing a wire gauge over slivered sections of Blue Die # 5, exposing PiP #, in each of the 6 Faces.

11) Loading dice to favor 1's & 2's, resulting in a disproportional # of 6~1 & 5~2 Seven Outs, we need only to weight the 5 & 6 faces. With
the very thin PiP's on all Dice observed herein, this seems unlikely. Of Note, however, would be to make the PiP's Much Deeper, thus
enhancing Unbalance in favor of Dice Faces having more PiPs (assuming PiP Material is denser than the Acetate). One can see the
relative thickness of PiP's, by holding a Die to the light & looking through it; the #1 provides a Clear shot at viewing it's thickness in
this manner. I'd be very suspicious of Intentional Unbalance, with any Die having PiP's of significant depth, as depth would enhance
unbalance with PiP density Greater than or Less than, the base Acetate Material, while increasing the Time & Cost to manufacture.

12) CROOKED Dice could also be created by "TWISTING", or "SHAVING" a side of the Dice. One should be able to see this
by placing two Dice Face to Face & feeling a slight wobble & or holding them tightly together & seeing a Light Gap somewhere
between their faces. Either of these & it's time to AVOID this CASINO FOREVER, as they would be Verified "Crooked As A Snake"!

13) With the perponderance of 6~1 & 5~2 Seven Outs reported on dice threads, I reviewed the last 30 Sevens From my practice table,
with the following results: 8, 6~1's, 10, 5~2's & 12, 4~3's. This could be normal, but definitely does not represent what is happening
in the typical Casino. The same dice were used for all of the above & they were rather nicked up from throwing. All dice data analysis
at the top of the page, are from NEW Unused Dice, purchased to have come from three manufacturers. I will post results from shooting
the Dice measured & weighed above, at a later date.

14) I hope that the Data Analysis above, provokes thought about how Casino's Have Unbalanced Dice Ceated; from some Craps Players
& that they in turn provide their thoughts & Comments thereto. Hopefully, taken together, we can expose those Casino's that are
taking advantage of Us Craps Players.
Romes

Romes
Joined: Jul 22, 2014
But if the dice are weighted/favored in any way, wouldn't they be worried someone would figure it out / exploit it?
Playing it correctly means you've already won.
eagleeye2

eagleeye2
Joined: Apr 21, 2015
Romes ~ Yes ABSOLUTELY, however, what I am looking for is a method to VISUALLY DETECT WHEN the Casino has Injected UNBALANCED DICE into the Game.

Ask yourself, how many times you have seen the CASINO change out the DICE after a great roll by a SHOOTER? Now, it's obvious that most DICE can last a full day, or at least a full shift, why, then WHY DOES the CASINO change them out after that HOT ROLL?


2) TABLE Personnel got that Call From Upstairs, to Pull & Inspect the DICE, to verify that they haven't been changed or modified by a table magician!

Also Romes, would you not like to be the one to figure things out & EXPLOIT it, while the uninformed continue to donate to the CASINO?

Romes ~ Yes ABSOLUTELY, however, what I am looking for is a method to VISUALLY DETECT WHEN the Casino has Injected UNBALANCED DICE into the Game.

Which casino or casinos, if any, are those dice from?
AxelWolf

AxelWolf
Joined: Oct 10, 2012
All this work on how the casinos have biased dice for nothing. Nothing meaning nothing will ever be done.

How is it you guys that keep screaming about this can't see there's a huge opportunity sitting here?

Amazing.
♪♪Now you swear and kick and beg us That you're not a gamblin' man Then you find you're back in Vegas With a handle in your hand♪♪ Your black cards can make you money So you hide them when you're able In the land of casinos and money You must put them on the table♪♪ You go back Jack do it again roulette wheels turinin' 'round and 'round♪♪ You go back Jack do it again♪♪
ontariodealer

ontariodealer
Joined: Aug 5, 2013
been a dice dealer for 41 years and I cannot believe that anybody would waste their time with this nonsense.
get second you pig
odiousgambit 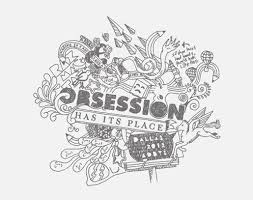 the next time Dame Fortune toys with your heart, your soul and your wallet, raise your glass and praise her thus: “Thanks for nothing, you cold-hearted, evil, damnable, nefarious, low-life, malicious monster from Hell!” She is, after all, stone deaf. ... Arnold Snyder
Dalex64

How randomly do they roll? (Before they were modified with superglue)
eagleeye2

But this post & responses to it, are all in an effort to get them to be FAIR!

Re-read the post, none of the 3 sets of dice have yet been rolled, but will be.

As to adding Super GLUE, THIS WAS onlly ON one die TO ESTABLISH HOW MUCH WEIGHT HAD TO BE ADDED TO A DIE FACE TO VRERIFY UNBALANCE ON A DICE BALANCER.