The (Theoretical) Spread of Skill-Based Games

What are the Implications?

Massachusetts is the most recent State to begin Legislation that would cover the arena of skill-based slot machines, with draft regulations are being proposed by the state's Gaming Commission:

While none of these sorts of games have actually been released, the potential for a market is being taken very seriously as major manufacturers have finally started to develop some of these games.  It is undoubtedly the case that younger players are going to be looking for something more interactive than the slots that are currently being offered, it's not going to be enough to simply hit the spin button and wait for the result for many of these potential players. 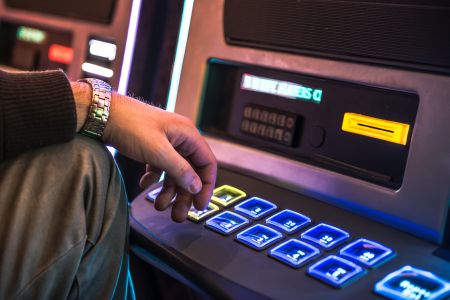 It is no surprise, either, that some manufacturers are focusing on the possibility of offering classic titles as Bonus Games for slot machines in the hope that doing so will attract a new generation of players.  It is also quite possible that the industry will look into the possibility of entirely skill-based games as NanoTech Gaming Labs had attempted to do with their Casino Kat and Vegas 2047 Pinball products.

One question that was briefly raised in the above-cited article by the Las Vegas Sun was whether or not these machines would prove to be more addictive than the current crop of slot games offered on casino floors, and I would suggest that the answer, generally speaking, is probably, 'No,' but they will certainly be of more interest to the younger demographic than the games currently being offered.  I think that is the line of reasoning that leads to the arguments that they will be, 'More addictive,' for that generation I suppose they will, because a machine that someone will actually play definitely has a greater potential for addiction than a machine that someone will not play.

While none of these machines have actually hit casino floors yet, the Las Vegas Sun reports that Nevada and New Jersey already have regulations in place for such devices, while Pennsylvania remains not far behind.  Many of the games under development were on display during last year's G2E with Scientific Games displaying Space Invaders Revolution, a game in which performance in the classic arcade game will determine a person's return in the bonus game while IGT displayed Texas Tea Pinball a game based on the extremely popular slot title that offers a bonus pinball game in which skilled play will improve the return.

With slot machine revenues WAY down from all-time highs in Las Vegas, gaming operators and casinos alike are highly engaged in attempting to roll out new products to achieve viability among the younger demographic.  There is no doubt whatsoever that something needs to change in order to get the numbers back up, and the more visually impressive slots to have been rolled out in the last several years do not seem to be enough to get the job done.

Personally, I believe that there shouldn't be much difficulty in keeping a slot machine upon which the skill-based aspect exists only as part of the Bonus Games within the hold parameters desired by the casinos.  It would seem that you could simply have prize levels such that, if every single player played the game perfectly, would still only result in returns in the mid-90's.  I would like to believe that wouldn't be too difficult because it could simply guarantee a minimum bonus game return of xxx credits which, when combined with the likelihood of hitting the Bonus Games on the reel spins, results in a return in the mid-80's.

As far as the question of addiction or people thinking they can, "Beat the game," is concerned, I think that can be morally resolved simply by stating that the game is fundamentally a negative expectation game.  Of course, if some sort of Progressives were also added to these games on the reels, then even that (as with any open-ended Progressive) would not necessarily be a true statement.  While it could take more than skillful play alone to beat a particular title, the game would still technically be beatable if played at the right time and with the right degree of skill.

In the above-cited Article, Alan Woinski, President of Gaming USA Corp, stated his belief that the next generation of skill-based slot machines is still over a year away from hitting casino floors, and that hardly comes as a surprise.  It is going to take extensive product-testing to see what kinds of games will or will not catch on with the prospective players before reaching the general public, and in addition to that, it will probably be important to determine optimal minimal bet sizing that will generate action relative to the average time on device per play.  The casinos are certainly not going to want a game that have an hourly hold as everything else on the floor, at a minimum.

The hold for the casinos as well as the enjoyment of the players are going to be paramount as the first generation of such machines rolls out.  These types of machines have the potential to be the future of slot machines, but if they stumble and fall out of the gates, that could also see the effective end of such machines for quite a long time.  There is no question that these machines, as with many new products, will have to perform well immediately in order to be considered viable.  As has often been cited, casinos are naturally resistant to change to begin with, and I'm sure skill-based slots will be no exception.