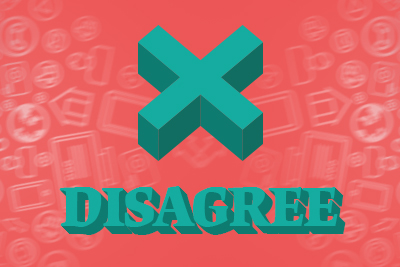 For those of you who do not follow the newly renamed, ‘Gambling with an Edge,’ pages powered by the Las Vegas Advisor, you should.  Also, for those of you who do not read Bob Dancer every time a new Article of his is published, you should be doing that, too!  While Dancer does not make a habit out of discussing specific and ongoing plays that would be applicable to the majority of players out there, (do you really want to play ten-hand Ultimate X Deuces Wild for dollars!?) I am a person who is all about learning concepts and applying those concepts to other things...and you can learn a great number of intriguing concepts when you read Bob Dancer’s Articles as relates previous Promotions that he engaged in...or any of his other writings, for that matter.

It is for this reason that I found myself extremely surprised when I read this Article by Bob Dancer regarding the Tax Day Promotion at the Plaza Casino:

Which contained, in part, this passage:

“So, as it turned out, I didn’t play. Whether the promotion was poorly designed or not at the outset, it was “fixed” before it began so the casino didn’t suffer — and the players didn’t benefit. (Possibly the plan all along was to remove the $5 machines before the event started. I don’t know.)”

Anyway, I agree with a number of statements Dancer made in his Article such as the potential for Electronic Roulette to be an excellent play on the Red/Black with a Green Hedge, for however long that would be allowed, but with a high probability of a player doing that getting tossed after the first Jackpot.  After all, it is highly doubtful the Plaza wants to give money away.

However, as you can see in this Article that I wrote: 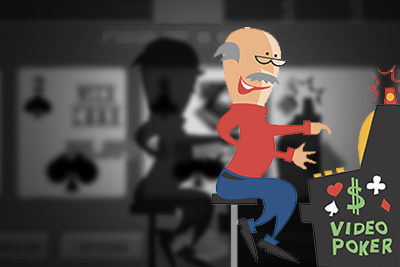 I also have it directly from multiple people that participated in the Promotion that many of the means by which this could be done were both allowed and available.  It is for that reason that I am pretty stunned to see Bob Dancer suggest that the casino didn’t suffer and that the players didn’t benefit.  There were plenty of skilled AP’s taking advantage of that Promotion regardless of whether or not $5 Video Poker was disallowed.

In the interest of preserving plays for my friends for future Promotions, I am not going to detail, at this time, what some of these plays yielding a higher percentage than playing Video Poker straight up would have been, but what I can say is that opportunities were certainly there.  Furthermore, if I get prior permission to reveal the people about whom I am talking, then you may be able to PM some of these people who can attest to the fact that there were still healthy advantages to be had by way of this Promotion.

I understand that Bob Dancer is almost strictly a Video Poker player, but with his deep understanding of the Math behind everything, I cannot help but be surprised that he did not see any other opportunities to be had besides Video Poker at the $5 level or Electronic Roulette.  Of course, I am more than happy to amend this statement and Edit this Article if Mr. Dancer contacts me and states that he does, in fact, know of some of the other ways this Promotion could be played and wrote his Article with an eye towards protecting information.

If that is the case, then I will either publicly apologize for not getting that his goal was to throw people off of the scent, or alternatively, I may delete this Article completely if that happens.

Bob Dancer is an unbelievably good Video Poker Advantage Player and writer.  If I said, ‘Other-worldly,’ to describe him, that would be a slight underestimation of his abilities.  When it comes to working Mail, Promotions, Drawings or any combination of those three things with respect to Video Poker, if there is anyone out there who compares with Bob Dancer, they have yet to identify themselves.  With that said, though, I cannot help but be surprised that Mr. Dancer, if we take what he says at face value, did not identify any other opportunities. 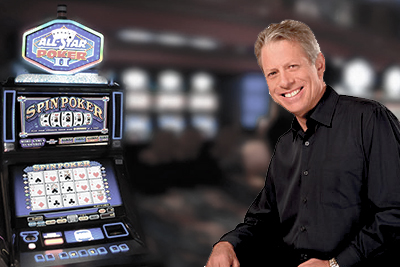 In any event, there were definitely some opportunities there and those opportunities were undoubtedly taken advantage of by some highly skilled recreational Advantage Players as well as a few full-time guys.  In fact, while not specifically referencing what they played, a few of these Advantage Players posted about their results on the Forum in a thread related to this subject.

Just for the record, I am not suggesting that I am in any way smarter or know more than Bob Dancer in anyway whatsoever, that is ABSOLUTELY NOT TRUE.  Bob Dancer is undoubtedly smarter than I am, he is a better player than I am and, perhaps most importantly, he has the bankroll to back those statements up while I have a net worth much closer to nothing that his!

With that said, though, while I am not going to sit here and spell out any plays specifically in the interest of my friends enjoying continued success, I will say that I am not keen on letting the statement that if there was no $5 Video Poker there, then nothing else was good, go unchallenged.  I simply cannot do it because I do not want Advantage Players or prospective Advantage Players writing off Promotions simply because the Video Poker conditions are not ideal.

Although, I must admit, some current Advantage Players would love nothing more than if others would do exactly that!

Using any type of Doey/Don’t system with this type of promotion is an incredibly negative ev maneuver.

True, you would generate lots of W2-G’s which would give you guaranteed profit THAT DAY, however, when April 15th rolls around, you now have lots of W2-G’s that you owe 28% on to the IRS and guess what? You didn’t actually win that amount of money because you were betting against yourself. Your only real win was 28% return in free-play (which at best turned into the free-play dollar value at video poker so you would be paying 28% on ghost winnings pretty much.

I tend to agree, and just to make it clear, I pointed out that Electronic Roulette was stated as an alternative means in Mr. Dancer's Article. Although, if you 'expect' that your gambling losses will meet or exceed your winnings when you file your taxes for that year, it could be an advantageous play under those parameters.

Another possibility is that you are, in fact, down for the year, then the E-Roulette under these parameters would give you the ability to quickly recoup some bankroll. I suppose your tax consideration does come into play in the event you finish ahead for the year, but for the majority of gamblers, I would say that they do not know that is going to happen...in fact, it probably won't happen for the majority of them.

If you found a good way to beat that promotion, good for you!

It's curious to me that you find it plus EV to write an article proclaiming "Bob Dancer doesn't know everything!" I certainly would have been willing to concede that point and saved you the effort.

First of all, let me thank you for taking the time to read my Article, it is an honor to me that you did so. I have always admired both your play and your writing and own a couple of your books.

With that said, I recognize that you did not find any plays and that is what you were reporting, the only issue I took with your Article was with the part that I quoted above which seems to state, as fact, that the players did not benefit from the Promotion.

To that point, I would never write an Article for no other purpose than to say, 'Bob Dancer doesn't know everything,' as it is not my goal in this Article to portray you in a negative light in anyway whatsoever. I have way too much respect for you and enjoy your writing and listening to GWAE entirely too much to ever want to do that.

The real purpose of my Article was simply to tell fellow Video Poker players who might be inclined to look only to Video Poker as a means by which a lucrative Promotion can be beaten to make sure they take the time to look for other things, as well, if the Video Poker conditions are not Optimal for the playing of a Promotion.

To wit, for someone with your bankroll, even the plays that were available there might not have been of much interest to you, even if you had discovered them. However, for many players that have a more limited bankroll than you do, this could be the best single-day Promotion that they have the opportunity to hit all year and I would not want them seeing that the $5 denomination Video Poker was not available and giving up.

Interestingly, Forum Member Darkoz was the first to post a thread that brought the Promotion to the wider attention of the WoV community...and that thread actually created something of a hubbub with many of the AP's on here Flagging the OP so it would auto-delete! Anyway, I bring this up because I am curious as to your opinion about the following question:

Do you think that The Plaza planned to eliminate the $5 denomination VP from play all along, or do you think they may have done it because they saw Wizard analyze it on these very Forums?

Personally, having done plays and talked to people, one thing that I have noticed is that casinos almost automatically look to eliminating Video Poker (sometimes all games) when it comes to lucrative Promotions or even when it comes to taking Advantage of Mail Offers. Some casinos are so terrified of Video Poker, in fact, that they do not allow Free Play to be played off on Video Poker despite the fact that their VP returns sub 98%!!!

I think Plaza eliminated the $5 VP because they could not think of what else they might do in advance of this Promotion. As you will surely attest, however, being an Advantage Player is all about being a step ahead of the casinos, and the purpose of my Article was simply that players should take a good look at other types of games, mathematically, before writing off a Promotion entirely.

I do apologize if my Article gave you the wrong impression of my intent behind writing it.

Apology accepted. It's not that big a deal. I'm not holding a grudge.

I can't speak to the Plaza's motivations. I simply don't know the decision makers there.