Is it Possible the Former Revel Will Re-Open?

One of the largest (and fastest) failures in the history of casinos has to be Atlantic City's Revel Casino.  There are a myriad of factors that contributed to a downfall of bizarrely epic proportions.  Among these contributing factors was the absence of a buffet, the attempt to be 100% non-smoking in a market heavy on smokers and originally being stingy on comps that inevitably led to the perception that they were stingy on comps.

Essentially, CEO Kevin DeSanctis, in perhaps the most blatant and overt way conceivable, urinated on the very notion of attracting value gamblers.

The overwhelming debt load upon opening obviously didn't help either.

The Revel went out in every bit of a bizarre fashion as it came in.  After a pair of bankruptcies, the casino was eventually forced to liquidate. 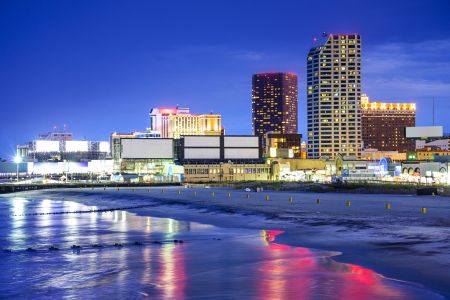 To summarize, there were any number of potential buyers, but in an unusual turn of fortune, this resulted in a race to the bottom for bidders as opposed to one to the top.  Multiple entities, at one point or another, deposited ten million dollars for the right to consider purchasing the establishment, and multiple entities subsequently forfeited said deposits.  In fact, it was often joked that the bankrupt company would garner more revenue from the forfeited deposits than the amount for which it would eventually sell.

The ultimate buyer of the property was known real estate developer Glenn Straub.  Unfortunately, he found himself at odds with ACR Energy Partners, an entity that built a power station exclusively for Revel and was the only means by which Revel might enjoy electricity and running water.

ACR Energy Partners was also a not insignificant contributor to Revel's catastrophic demise as Revel was forced to pay unbelievably exorbitant amounts for its utilities.  The problem, of course, is that they didn't.

The result was that ACR, until recently, held steadfastly to the position that it was due compensation, in full, for the debt to them accrued by Revel.  The resulting stalemate was interesting as Straub cannot operate without that power station and that power station has no other entity for which its services are required to operate.

However, ACR Energy Partners and Straub have reportedly reached an agreement by which Straub will purchase and operate the power station.  It is difficult to speculate the degree to which the lack of utilities has damaged Revel and the costs that will necessarily be associated with rectifying any such damage, but the purchase of the power station is certainly a step in the right  direction.  Furthermore, it can be assumed that Straub took such purchase and costs into consideration and arrived at the conclusion that the transaction will prove worthwhile.

There have been murmurings for a wide variety of possible features the former Revel might offer, amongst these are polo grounds, an enormous indoor water park and housing for Syrian refugees.  Perhaps the goal is to utilize some of said refugees as a potentially cheap source of labor for some of the necessary upkeep and renovations.

In any event, a Revel Casino with competent top brass and a small fraction of the debt load may prove profitable in the long run.  There is certainly untapped potential there and, I would suggest that the final product may eventually be superior to other Atlantic City casinos, even after being inoperable for such an unusual length of time.

Furthermore, from a standpoint for potential revenues, we will note that casino profits are up, almost across-the-board for Atlantic City this year as opposed to last year.  What that should indicate to Glenn Straub is that the potential exists for, perhaps not another profitable casino in Atlantic City, but rather a, 'New,' casino that could be profitable by virtue of siphoning market share from other casinos.

In fairness, I realize that this sort of reasoning is the Atlantic City problem all over again which is what caused four casinos to close within the span of a year in the first place, but if only the strong survived once, then only the strong will survive again.

I certainly hope that, if Revel does indeed reopen and operate, in part, as a casino that Straub has a measurable degree of input in the direction that the Marketing Department takes.  For those of you who have been following the Revel story, you'll likely be aware that Straub has been full of zany antics throughout this entire process, and I don't expect the Promotions at the newly reopened casino to be any different.  Hopefully, by zany antics, I mean, 'Profitable for AP's.'

In fact, that would be an intriguing theme for the entire casino as a whole, perhaps not to a Circus Circus type extent, but close in being as hysterically wacky as possible.  You could have days where the dealers dress in all sorts of unique garb, including clown outfits, and basically just have a good time with the whole affair.  If there is one person on Earth for whom having a good time is a matter of high priority, then I would suggest that person is Glenn Straub.

For my part, I would certainly find it disheartening for another casino to close in the Atlantic City market, but if the former Revel could devise some strategy that results in profitability, then it can be almost certain that a casino of that scope and measure will bring with it more jobs that those that would be lost by whatever casino(s) ends up shutting its doors as a result.  There is also no guarantee that the market cannot sustain another casino, though I tend to doubt if it could.

It is equally important to note that this casino is the FORMER Revel, so anyone considering a potential visit to the property is giving it a first chance rather than a second.

If there's one thing of which people can be virtually assured it is that the process of this property reopening, if indeed it does, should be just as interesting (and perhaps entertaining) as the process that led to the property being where it's at now.