First of all, I would like to thank Wizard of Vegas Forum Member Darkoz for a PM (I have permission to say so) he sent to me that inspired this article AND pointed out a few T&C's of which I was not previously aware regarding my Article that mentioned the Trump Casino promotion in New Jersey.

Despite scouring their site for information at the time I wrote an Article about the Trump promotion: 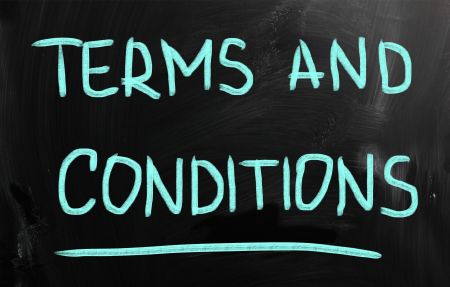 I did not find a few of the Terms & Conditions that Darkoz has told me (and I believe him, as he was physically there) exist.

For starters, at some point, the Promotion is now $100 in Free Slot play for New Members contingent upon said New Member earning forty slot points.  To earn forty points, the player must put in $200 coin-in on slots or $800 coin-in on Video Poker.  Incidental to doing so will also be a free room offer that can be used 48, or more, hours later.

The player can put this coin-in and will immediately be rewarded $50 in Free Play, but the other $50 must be 24 hours later when the player must put the same amount of coin-in again.

This promotion still has a highly positive expectation and I believe the best game to play would be 9/6 Jacks or Better at the $1/$5 denomination (Source: Vpfree2.com) if the player is unconcerned with Variance.  For a player a bit more concerned about Variance (i.e. low bankroll) I would go with either Double Double Bonus Poker at the $0.25/denomination at 98.98% or $0.25 Las Vegas Airport/Illinois Deuces Wild at 98.91%.

Anyway, at the time I looked, nowhere on the site did it say anything about it being in increments or having to earn points.  In this case, I do not believe I made any poor assumptions, because if the information should be anywhere, one would think it would be on the website.

There are some cases, however, where faulty assumptions have been made when the website could have been checked.  In some cases, and in my opinion, I would occasionally hold the casino all (or mostly) blameless.

The Revel Casino, currently owned by Glenn Straub as Polo North Country Club Inc., was mired with problems from the beginning.  The story of Revel is well-known enough that I believe I can offer an extremely short summary:

It cost 2.4 billion to build, the Marketing sucked, the CEO essentially alienated gamblers, they garnered (whether or not deserved) a reputation of not wanting to comp and, even if it had been run better, was facing a hopelessly uphill battle in keeping up with their debts.

Shortly after former CEO Kevin DeSanctis' ousting, the Revel rolled out a Promotion called, "You Can't Lose."  The Marketing began in June of 2013 and continued throughout July 2013, which is also the month in which the promotion took place.

The promotion, at its core, was actually fairly simple (in my opinion): Any customer playing at Revel through July 2013 would have his losses REBATED in 20 increments each consisting of Free Play valued at 5% of the actual cash loss for twenty consecutive weeks.

In and of itself, it was obviously a mathematically idiotic promotion for Revel to roll out.  The advantage that Revel was giving players, particularly for high-rollers, was staggering.  However, Revel was clearly doing this in the hopes of driving in some new customers that they hoped would become loyal to the property.  Revel also probably felt somewhat protected by the Rebate being spread out over Twenty weeks, perhaps they felt that this staggering of the Rebate would discourage people from far away from coming in and taking a shot at them since they would then have to return (if they lost) to collect the Free Play.

Obviously, there exists the potential to take counter-measures against customers who attempt to have someone else pick up the Free Play, but I'm not going to get into all of that.

Not surprisingly, Revel did manage to turn a profit for the month of July, the first time the casino had ever successfully done so.  Even though there is a Player Advantage with Loss Rebates, interestingly enough, the advantage is only, "Realized," when the player loses and actually gets to use the Rebate.  Just speaking in terms of the month of July, the players were (mostly, if not all) still playing Negative Expectation games, so of course the Revel is going to show an overall win.

The problem with this Promotion was in the wording, wording which ultimately resulted in Revel Casino having a class-action lawsuit slapped against it.  I suppose we don't know who would have won that now that Revel is closed.

The players maintained that Revel engaged in a, "Deceptive Business Scheme," mainly due to the use of the word, "Refund," the phrase, "You Can't Lose," and allegedly, "Virtually Illegible," fine print.

Personally, I think that the class action lawsuit is misguided, at best, and a worthless piece of crap, at worst.

Not long after news of the Promotion broke on the Forums did I call Revel Casino inquiring after more details.

Furthermore, I also recall that these T's&C's were pretty clearly listed on Revel's website, at the time.

However, while I find the suit disingenuous, at absolute best, I do agree that the wording for some of the Marketing of this Promotion was poor.  First of all, the word, "Refund," should never have been used to describe anything because that has the natural connotation of getting your money back, whereas, this is a slot Loss REBATE, which is not a wholly uncommon promotion, though the amount of Revel's promotion was staggering.  Furthermore, when you take the word, "Refund," and combine that with, "You Can't Lose," then again, I could see where one would get the impression that this is, in fact, a refund.

The reason that I say that is that if a player loses, gets the Rebate, redeems all of his Free Play, given that the player has already lost for this to happen and that the Rebate is to be played on negative expectation games, the player is expected to lose.  Therefore, the player can ultimately lose.

However, to say that the specific Terms of the promotion were not readily available is, in my opinion, complete and utter nonsense.

In the first case above, you have an example of me not knowing the full Terms & Conditions because I neither called nor was I physically at the casino and the information was not readily available online.  In fairness to myself, I did not actually play the Promotion (and stated as much) and spoke of that Promotion in the past tense in my Article.  Had I actually put a plan together to go and do the Promotion, I certainly would have called for more information.

In the second case, (Revel) you have what might amount to misleading wording, (I think, 'Deceptive,' is a bit of a stretch) but what I feel were clear and readily available Terms & Conditions.

There are some situations, however, when even the casino does not seem to know what the Hell is going on, and no amount of due diligence is going to save the player in those instances. 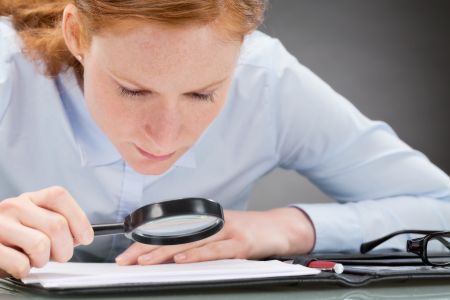 However, after conversing with multiple people who spoke to Player's Club representatives, there were a number of conflicting answers:

-In at least one case, players were told they would be E-Mailed with when they could come and pick up the Rebate, but that it would be, "Within a week."

-In at least one case, players were told that they would receive a physical mailer with the dates that it could be picked up, but again, that it would be, "Within a week."

-In at least one case, a player was told to simply come back a week after the day that he lost, and the first half of the Rebate would automatically be there.  (This ended up not being true)

-In other instances, players were told some variation of the above statements, but the Free Play ended up appearing, technically, in less than a week.

In actuality, for the first half of the time that the promotion took place, he length of time prior to the Free Play appearing on the card was dependent on what day of the week the player incurred the initial loss.  While I don't have any firsthand experience, my understanding from the people that I talked to was that the Free Play always appeared on the same day of every week, but you never knew (unless you got the mailer or E-Mail) whether it was going to be the first such day or that day the week after that.

Furthermore, I heard from people who received an E-Mail as well as people who received a physical mailer, but never both.  That could be kind of a mess because people will sometimes have, "Throwaway," E-Mail addresses they use, for various reasons, and might not check the account if they thought they'd be getting a physical mailer.  Likewise, if someone was told they would get an E-Mail, then if they were out of town for one reason or another, they might not have someone diligently checking the physical mail.

For reasons unknown to me, the Promotion later completely disintegrated and some people did not get their Rebates for two or more weeks after incurring the loss.

Bottom line, the casino staff essentially had no idea what the Hell was going on!!!

The point of the matter is that, it is always good practice when going after a Promotion to do your due diligence when it comes to understanding the Terms & Conditions of the Promotion, but even that is sometimes not enough.  That's where record-keeping might come in to a certain extent: If there is a meaningful enough amount of money at stake for a player to do the extra work, then I would recommend calling a casino and keeping notes as to who you spoke to, when, and what you were told, as well as taking a screenshot of the casino's website if the Terms & Conditions are posted there.

That way, if you are ever, "Screwed," out of the benefits of the Promotion through no fault of your own, at least you can go to the casino with documentation as to your position in the hopes they will make it right.