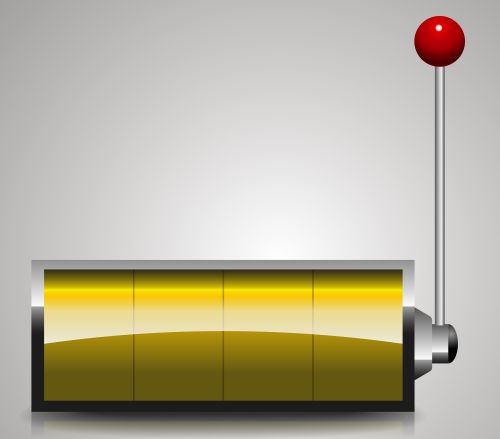 All Math is not Gambling, but all Gambling is Math.

In our previous article, we discussed Double Royal Flush promotions on Video Poker, in terms of bankroll requirements with a focus on achieving an actual win rather than just looking at the expected value.

We're going to get back into that in future articles, but for the time being, we're going to discuss an Advantage Play that almost every gambler gets to experience, whether he knows it or not. It's one of the best advantages out there because, while a percentage advantage of 100%+ is certainly desirable, an undefined one is much better because, in all but one of these Advantage Plays, the player can only win!

When using Free Play. Match Play, Promotional or Non-Negotiable, a player may not look at what they are doing as an advantage play, (especially if they plan to gamble after that) but, for that time, it most certainly is an advantage play because the player is getting more than 100% in expected value (EV), or alternatively, is betting nothing and has a shot at winning some money.

Free Play is, perhaps, the easiest of these concepts to understand. Free Play is either automatically loaded onto your Player's Club card, loaded at the kiosk, or loaded at a Player's Club desk. In casinos where management is not comprised of a bunch of bean-counting cowards, Free Play can be used on slots, video poker, and some other machines of one type or another, if applicable. Some casinos are chicken, however, and will only allow Free Play on slots which yields a lower expected profit for the player (generally) than a game such as Video Poker on the same amount of Free Play.

Anyway, when using Free Play on any machine, your Expected Return (ER) is simply the game return, expressed as a decimal, multiplied by the Free Play amount. Therefore, if I am playing a 9/6 Jacks or Better Video Poker game with $25 Free Play, betting the full five credits, my Expected Return is ($25 * .9954) = $24.885.

The second type of promotion we will consider is Match Play. With Match Play, a player presents a coupon or Match Play chip and bets an amount equal to (best) or exceeding the amount of the Match Play. Our sister site, WizardofOdds.com, has a great page on Promotional Chips:

We can see that the player is better off with some long-shot bets, for value, but most Match Play chips are restricted to Even Money bets.

It is important to know the games available at your casino for Free Play and Match Play comparison purposes, and also to know that Match Play chips (when used on Even Money bets) are often worth less than half of their face value. Therefore, before making a decision (when offered a choice) the player should know how the Match Play chips can be used as well as the best games available at machines. For the purposes of this article, all, "Chip Plays," will be compared to 9/6 Jacks or Better Video Poker.

We see that a Pass Line bet on Craps yields 47.88% of the value of a Match Play chip, remember, the player wins double the actual amount of cash he is risking, so essentially, this is the same thing as the Pass Line bet paying two for one.

These percentages yield an Expected Win of $11.9675, or an average return of $36.9675 on the actual $25 the player is exposing because the player can either win $50 or lose $25. This is clearly quite good, but as we can see, our Expected Return on the same $25 Free Play is better, and we DO NOT have any actual money at risk.

Looking at value, we can do a little introductory algebra to see how much a Match Play would have to be worth to have the same Expected Profit as our Free Play:

In this case, our Match Play offer would have to have a face value MORE THAN DOUBLE that of our Free Play offer to be the preferable choice. In fact, if a regular Table Games player was given his choice of Free Play or Match Play for the same face amount, his Expected Return would be better sitting at, literally, any machine in the establishment on his promotional play.

If the Free Play and the Match Play have the same face value, always take the Free Play, unless you are both:

A.) Restricted to Slots for Free Play

B.) Can take long shot Roulette bets with Match Play

Then, it is anyone's guess.

If your Match Play is double your Free Play offer, and you are restricted to Even Money bets, just do a little Math to determine your Expected Return on the best Video Poker paytable and compare that to the best Expected Return of an Even Money bet on any tables game available. If the possibility of losing (more than 50% on most) table games factors in some subjective way into your consideration, also consider the fact that Free Play cannot result in you losing money.

Promotional Chips, which are also usually restricted to Even Money bets, operate exactly like Match Play chips in that they are taken away if the player wins or loses, and are often limited to Even Money bets. The Expected Value of these chips, as compared to face value, is slightly better than Match Play because the player has no chance of actually losing money with Promotional Chips.

To choose between Promo chips and Free Play, the same rule of thumb applies to Even Money bets, the Promo chip face value needs to be worth about double (or more) than the Free Play for the player to have something to even think about. One exception is Blackjack where it can be worth slightly less given the Player's ability to get additional money down (i.e. doubles, splits) while at a mathematical advantage on said additional money.

The final type of chip we will compare is Non-Negotiable chips, these do not require a Match bet and stay up until the player loses. These chips can generally be bet on whatever the player wishes.

Because these chips stay up on a win, House Edge is the major consideration when trying to Optimize the use of these chips. A decent Rules set for Blackjack, for instance, offers the highest Expected Value and the ability for the player to get cash money down when at an advantage and the chip to still stay up. The Pass, Don't Pass, Place Six and Place Eight bets at Craps are within .02% of each other of all being good.

Much of the value of Even Money bets for these kinds of chips, (as opposed to Match Plays or Promotional Chips which are taken when a player wins) is that they continue to stay up and the same chip can win multiple times, so the player wants a good probability of that happening on a game with a low house edge.

The math is done for you on the WizardofOdds for all of these kinds of chips, so if you had a Non-Negotiable chip that you could play on Blackjack, for example, and no Video Poker games with less than a 1% edge, and the Blackjack rules were as the ones Wizard assumed, you'd have the best value playing the Blackjack if the face value amounts of the chips were equal.

However, you could just lose it on Blackjack and be done while your Free Play (if bet in small enough increments) SHOULD win you something, so if that is a consideration, factor that in however you deem fit. 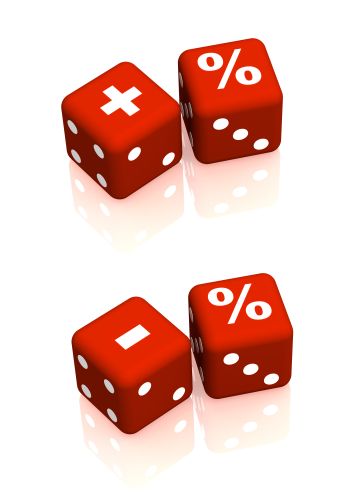 What to Play on Free Play

What you want to play, in terms of Video Poker, on Free Play really depends on what your goals are, you could be:

1.) Trying to Get a Guaranteed Return Without Concern for Profit

2.) Using it Planning to Continue to Play Afterwards

3.) Attempting to Play at an Advantage Overall

If a player is just trying to grind out a return, then he might ignore other considerations (perhaps even including expected value) and play at the lowest denomination he can tolerate. The more hands the player gets in, the more likely he is to approach the expected value. i.e. Less Variance.

If the player plans to use his Free Play and just continue to play with cash afterwards, then I would suggest the player either play the best returning game, or maybe, take a shot at a denomination greater than that which he normally plays. There's an outside chance the player could hit something big within a certain number of hands, and if the player is later playing at a disadvantage, anyway, he might as well take a shot, except...If his goal is to play longer because of his Free Play, then he should just play the best returning game at his normal denomination.

If the player has an advantage, overall, then he should use his Free Play to go after that, if practicable. For instance, on a Video Poker Progressive or an Advantageous Slot Machine, why not? It functions no differently than cash. I might not use it to vulture Ultimate X, though.