AP Outside of the Casino

I told you in my last Introduction to Advantage Play Article that I was going to incorporate the word, "Midnight," in this Introduction to Advantage Play Article, and I did it.  It's my favorite Craps call, also known as, "Boxcars."  The Pass Line bettors don't want to see it on the Come Out, and the Don't Pass players are neutral, unless they're in a hurry, I guess.

Perhaps ironically, even though I am titling this twelfth Article after a Craps call, this Intro to AP Article is not going to invoke the casinos, at all, it's going to talk about Advantage Play outside of the casinos. 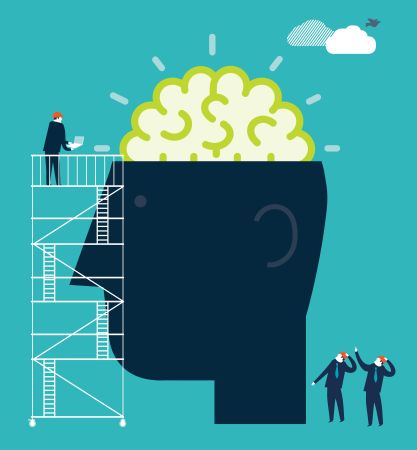 At the end of the day, Advantage Play is about one thing:  Trying to make money.  Therefore, within legal means, to have an, "Advantage Player State of Mind," I shall arbitrarily term it, you want to be looking for opportunities even outside of the casinos, such as:

I was catching up on the Bob Dancer and Richard Munchkin radio show Gambling With An Edge recently, and I had the opportunity to listen to a program in which the guest was, Ed Miller. Gambling With An Edge is a show that is going to have varying value episode-to-episode with respect to Advantage Players because not all episodes are going to involve a category of AP that every Advantage Player is going to be interested in, however, I maintain that a full 90% of the programs are highly entertaining and the guests are always interesting.

Also worthy of note is the fact that our own, Wizard of Odds was once one of the co-hosts on the program and appears as a guest semi-frequently.  The show still gives regular shout-outs to the Wizard of Odds site as the premier source for gambling information.

In any event, Ed Miller was talking about some of the, "Daily Fantasy," sites which, pursuant to law, cannot identify themselves as, "Gambling sites."  The idea is that every player gets a certain fixed, "Salary," and he/she can, "Buy," players in order to form a full line-up and participate in various competitions.

I'm not going to effectively plagiarize the program by going into great detail on what was discussed, but let's just say that the opportunity to make money seems to legitimately be there and it involves, "Thinking like a gambler, not as a sports fan."  On that note, however, Mr. Miller seems to be of the belief that players are actually eating a bigger edge than they would be in casinos and that who we might term, "Ploppies," are starting to drop off leaving a lower ploppie:sharp ratio than there once might have been.

At this time, though, Mr. Miller seems to indicate that someone who follows the strategies that he provides, to paraphrase, could more or less stay afloat and people who figure out the intricacies of sharp strategies still have a moneymaking opportunity.

In short, the show is definitely worth a listen, so I recommend anyone interested in hearing more about that visit BobDancer.com or RichardMunchkin.com and listen to the most recent Ed Miller program.  (There are two recent ones with Ed Miller, but the first of the two was not about that)

Man, those adult responsibilities sure do suck, don't they?  Having a checking account?  Paying bills?  It's at least a little bit more fun if you make money doing it.

This particular trick isn't going to, "Break the bank," but it works for getting a few bucks for doing the things that you already have to do, anyway.

In short, banks often have special offers for, "New," checking account holders by which they can receive certain bonuses for doing such things as:

2.)  Using the bank for Direct Deposit

3.)  Paying x bills online.  (I've only seen this once, and it only wanted one bill for auto bill pay)

4.)  Giving them the checks from your previous bank.  (Again, only saw that once.)

The best such promotion I've ever personally encountered was $100 for making fifteen Debit Card purchases in 90 days, $100 for moving your Direct Deposit to that bank, and $100 for setting up an online bill pay with at least one bill for a total of $300.

You might ask, why would the banks do this?

They do it for the same reason that many banks offer free checking accounts in the first place, the assumption is that, once you get used to doing your financial business there, if you ever do apply for some kind of loan, then you are more likely to get that loan through them.

That's also one of the reasons that some banks (a few) look into your credit score before you can open a free checking account, not only are they concerned you might bounce checks that you cannot repay, but also, if your credit is sufficiently in shambles, they figure that they are not going to be able to approve a loan for you in the first place, so that defeats the purpose of offering you the account.

I cannot speak for everywhere on Earth, but a good few banks in my area offer some sort of incentive for opening up an account.  Furthermore, if you have not had an account for six months to a year, (varies, depending on the bank) then they consider you a new checking account holder.  That means that, once you have done the promotion, you can close the account and open a new one (if a promotion is being offered) once the time has lapsed.

While we're on the subject of financial institutions:

It's very important to know the effects that getting a new credit card will have on your credit score in both the short-term and the long-term.  Every credit card you open (and what you do with it) could potentially have a lifetime of ramifications with respect to your credit rating.  I have no way of knowing your personal credit history, so I am not recommending this for everyone, but it may be worth investigating. 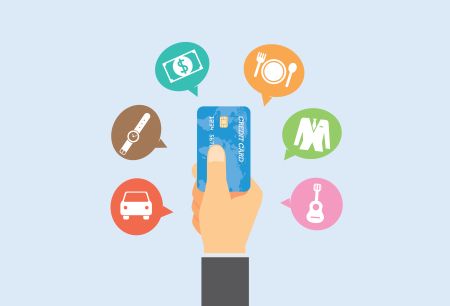 Secondly, what I am about to say will usually only apply to people with really solid credit, as such people usually get the better terms and offers.  Thus, to try this, make sure you have good credit in the first place, if you apply for a credit card and are declined because you have less-than-great credit, that's only going to make your credit rating worse for approximately six months, all else equal.

Anyway, credit cards often offer strong incentives such as cash back on all of your purchases, and occasionally, larger amounts of cash back on certain purchase categories.  Further, most credit cards have a certain, "Grace period," during which you can make a payment without paying any interest.  If you can see where I am going with this, then you already know the bottom line is: The stuff you buy effectively costs less.

It is true, in many cases, that having a credit card that shows no activity reported to the credit bureaus (which, it might not, if you never have a balance at the end of a billing period) can have a slightly detrimental effect on your credit rating.  However, there are ways to structure it such that you can carry a smallish balance, but still be ahead overall on the cash back.

Many grocery store chains and gas stations have fuel bonuses by which, when you make a certain amount in purchases, for every x$ you spend, you get so many fuel points which can take money off of your next fill-up.

I would usually spend about $400/month at Kroger grocery shopping, so I would purchase $300 in Kroger Gift Cards (600 Fuel Points), spend those (300 Fuel Points) and then the other $100 in groceries would put me at 1,000 Fuel Points which was the most you could earn in a month.

The result of having 1,000 Fuel Points was $1 off per gallon of gas.  Having two vehicles at the time, and being cheap in all things except tipping, I would naturally run two of them down to almost nothing, fill one car up, not hang up the fuel pump, pull that car away and have my ex-wife drive the other car up and then fill up that one.

How much did that save me?  Well, in fairness, it only saved me roughly $30/month, but that's still $360 a year (if they always had that promotion, they didn't) for grocery shopping and getting gas, two things I'd be doing, anyway.

That's what Advantage Play is really about, right?  Doing the thing that makes the most money at the time that you can be doing it, and honestly, there was really no other way for me to make money while shopping, so I think $30 really isn't all that bad...it really didn't take much extra time, less than an hour.