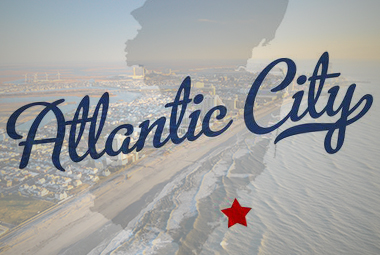 Recently, I published an Editorial over at LatestCasinoBonuses.com with respect to Atlantic City’s performance for last year, if you’re interested you can read it here.

Or, I can just give you the CliffNotes version now:  Basically, 2016 compared to 2015 was the first year compared to the year before in which Atlantic City saw gains.  Granted, at $2,602,721,000 for the year of 2016, Atlantic City fell just short of 50% of its revenues for 2006, its best year ever.  However, Atlantic City appeared to be in something of a free fall since then with little to no rebalance after the, ‘Great Recession,’ that its closest competitor (as a city) Las Vegas seemed to enjoy.

I alluded to the fact that I felt January of 2017 could be something of a predictor for the rest of the year, though certainly not an absolute predictor, when comparing to January of 2016.  My reasoning is that even though the numbers were up in all segments in December of 2016 compared to December of 2015, it would take more than one month of such to establish the possibility of a trend, especially since such wasn’t the case comparing November ‘17 to November ‘16.

*New Jersey Gaming provides two sets of numbers, one set includes the Trump Taj Mahal’s revenues from last year and the other set doesn’t.  Naturally, because the subject matter is Atlantic City as a whole, we will look at the numbers including The Taj.

In addition to the fact that we are making an apples-to-apples comparison for the city as a whole, there is also the fact that the Trump Taj Mahal business was also diverted to other individual casinos in Atlantic City.  To wit, those customers didn’t all simply vanish.  In fact, Tropicana’s numbers (and the fact that Icahn would have had the database of The Taj) pretty much stem from the fact that they marketed directly to former Taj customers.

There are a number of different factors that could have played a role in Atlantic City’s performance for January of 2017 compared to January of 2016, and not least of which may have been the simple fact that the weather was better.  The mean temperature was four degrees hotter and there also weren’t any days where there was a huge amount of snow on the ground, with the deepest ground depth snow being four inches this year compared to eight inches last year.  During the daylight and early evening hours, most of the days in January of this year called for little more than a light jacket!

In addition to that, I also somewhat speculate that the fact that CET finds itself in a better (read: more certain) position going forward gives potential gamblers more confidence in its three Atlantic City locations.  In fact, Caesars led the charge in percentage (by a ton) and almost even beat Borgata in raw dollars and cents:

Bally’s, perhaps unsurprisingly, remained pretty stagnant as it is almost a completely redundant casino.  If there is any Atlantic City casino that could be said to be on the proverbial, ‘Chopping Block,’ Bally’s might be it if the Revel, soon to be renamed, TEN Casino, ever opens.

The total increase in revenues among current operators is 14%, while the total increase in the casino segment is 5.92%, overall.  Again, the disparity for those two percentages can pretty readily be chalked up to several of the would-be Trump Taj Mahal customers going somewhere else.  Apparently, Caesars may well have been a destination for them along with Borgata and (predictably) Tropicana as standouts.  Borgata doesn’t come as much of a surprise with the tier matching promotions that they had going on even during the time The Taj was opened, but then after The Taj closed, those people really had to go somewhere. 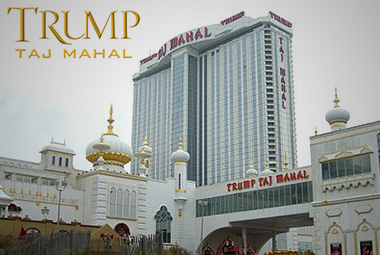 Some people might contest, “There is no way Taj players went to Borgata and stayed there,” but I honestly tend to disagree with that assertion.  While we definitely think of The Taj and The Borg as catering to different segments of the markets, I think that often applies to new visitors more than it does Atlantic City regulars.  I should imagine that some people simply get comfortable with doing most (if not all) of their play at one casino and simply don’t want to go anywhere else unless they have to.  Old habits die hard.  However, after getting the tier match with a little bit ($20) in resort credits as well as a free night, it would be hard not to give Borgata a try after the closing of The Taj.

And, if one were to give Borgata a try, it’d be hard not to be impressed.

As far as Caesar’s goes, they may have done some sort of tier matching, as well, but I think another aspect benefitting Caesars is that it is no secret that CET properties (in general) are extremely generous with room comps and will dish out free rooms at many (if not all) locations based on play at one location.  In other words, if you’re planning on going to Atlantic City and Vegas and care about free rooms above all else, then CET properties might not be a bad choice for you.

Harrah’s also underpeformed, but again, was carried (as with Bally’s) by Caesars.  In fact, if we look at all CET casinos as one entity (and disinclude Internet gaming) we see a 13.95% gain in January 2017 v. January 2016 for CET on the whole, which would trail only Borgata in terms of percentage.

Tropicana got beaten by Borgata by percentages and obviously got completely destroyed in dollars and cents.  I don’t want to unfairly cast aspersions on Tropicana, but when we look at the market increase for the other casinos based on the fact that The Taj is closed, one tends to get the impression that at +$3,353,620 in total gaming win (Internet included) compared to the fact that The Taj did $12,437,038 in its own right last year, that Carl Icahn essentially only drew about 26.96% of his own market which drops to 25.45% if we don’t include Internet gains, (The Taj didn’t have an Internet casino) so I think it is fair to say Icahn could have done a better job keeping his own customers.  Keep in mind, that doesn’t account for the fact that NEW business came to Atlantic City (in general) compared to last year and Tropicana also theoretically could have gotten some of that.

I think it might be fair to say that some of the once loyal Taj Mahal customers found a home other than the Tropicana, and with properties such as Borgata and Golden Nugget rolling the carpet out for them (as compared to Tropicana) it would be difficult not to.  Atlantic City remains a highly competitive market WAY down from its revenue peak, so even though it has several fewer casinos than it did in 2006, the casinos that still exist are going to put together pretty nice packages for any gamblers of any reasonable value. 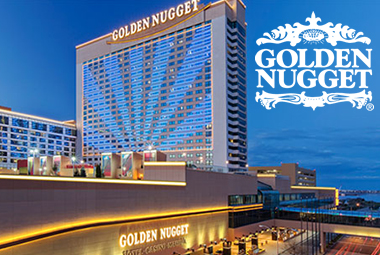 Golden Nugget at +9.6% and Resorts at +8.6% performed quite comparably in terms of percentages in terms of live casino action.  Given the tremendous success of Golden Nugget’s marketing campaigns to the customers of casinos that closed in the last few years, one starts to wonder if the Nugget will eventually hit some kind of peak.  January is very much a, ‘Regulars,’ time in Atlantic City, so how well Resorts will fare given the possibility that it will sit by itself on that end of the Boardwalk (nothing on TEN except a whole lot of speculation) in the Summer remains to be seen.

In the Internet segment, Golden Nugget (+90.6%) and Resorts (+120.5%) appear to be finding new players and also stealing some from Borgata (-17.5%) the online segment grew 28.6% in January of 2017 compared to January of 2016 and Golden Nugget and Resorts combine for 95.45% of that growth.  It may well be that Resorts and Golden Nugget have developed a much better and more focused Internet game (Golden Nugget also leads the market in pure dollars and cents, accounting for 25.38% of the Internet market consisting of five operators) because of the large percentage of their revenues (as a company) that depend on Internet gaming win.

Barring a major financial catastrophe, at a minimum, Atlantic City seems like it could run like this fairly stably and all of the casinos would be at minimal risk, even Bally’s.  However, the opening of TEN Casino will almost certainly come at some point, and when it does, it wouldn’t be a surprise barring MAJOR growth in the overall market if someone (maybe TEN itself) has to go.