24Bingo
Joined: Jul 4, 2012
I was wondering about the edge in the "normal" Bovada blackjack game. The base rules are:

-No word on decks, but I'm assuming somewhere between 8 and ∞.
-H17
-Double after split allowed
-Double any
-Aces take one card
-Late surrender

Which according to the calculator gives a BS edge of .58%, BUT - at least in the play money area - they have one very interesting rule: even money is automatic. I don't know if this applies in real money games - I can say it doesn't in the poker room blackjack - and even if it does, it's probably not that bad, but it is kind of a nasty-seeming rule.

(Although it may be worth fretting about that extra .00014 now that their welcome bonus has an 80x rollover, making it barely +EV even at that edge, and yes, single- and double-deck are excluded now, even though there's no way to opposite-bet them.)
The trick to poker is learning not to beat yourself up for your mistakes too much, and certainly not too little, but just the right amount.
JB
Administrator

JB
Joined: Oct 14, 2009
When you have blackjack against a dealer ace, like pictured below: 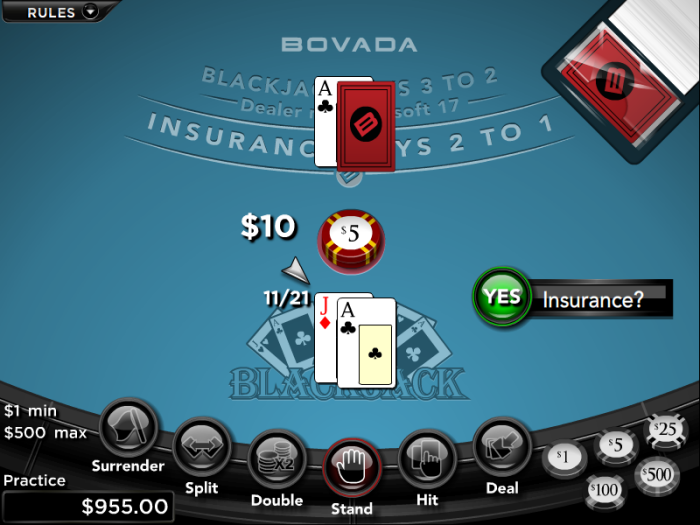 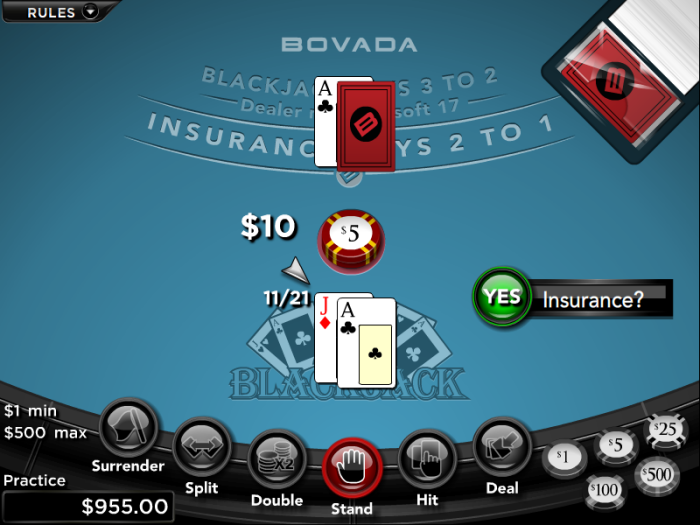