You’ve very badly damaged the movie by doing this.

pacomartin
Joined: Jan 14, 2010
David Denby, printed a very positive review of the new Daniel Craig movie. But the producer is furious, saying that the review "badly damaged the movie".

What is the problem? The reviewer published the review a week early. Now it will be old news in the mind of the audience by the time the movie is released (16 days later). The fact that the movie review was overwhelmingly positive is deemed immaterial.

While I admit a movie studio could get annoyed at someone breaking an embargo, what does this say about our culture? Releasing a positive review a week early "damages a movie". Do we as a culture have no memory anymore? Is the only relevent comment anymore "that is so 15 minutes ago".

“The Girl with the Dragon Tattoo”
You can’t take your eyes off Rooney Mara as the notorious Lisbeth Salander, in the American movie version of Stieg Larsson’s “The Girl with the Dragon Tattoo” (opening December 21st). Slender, sheathed in black leather, with short ebony hair standing up in a tuft, her fingers poking out of black woollen gloves as they skitter across a laptop keyboard, Mara (who played Mark Zuckerberg’s girlfriend at the beginning of “The Social Network”) cuts through scene after scene like a swift, dark blade. Salander is a twenty-four-year-old hacker with many piercings, of herself and of others. She’s both antisocial and intensely sexual—vulnerable and often abused but overequipped to take revenge. She lives in an aura of violence. Salander obviously accounts for a big part of the success of Larsson’s crime novels—both men and women are turned on by her—and Mara makes every scene that she appears in jump. She strips off and climbs right onto Daniel Craig, as Mikael Blomkvist, the investigative journalist who takes Salander on as a partner, and whom she makes her lover. Craig looks a little surprised. In this movie, he is modest, quiet, even
...

The movie zips ahead, in short, spiky scenes punctuated by skillfully edited montages of digitized photographs and newspaper articles. David Fincher, who directed the picture (working with Steven Zaillian’s screenplay), moves at a much faster pace than he did in “Zodiac,” his 2007 movie about a murder investigation. In “Zodiac,” every time a piece of evidence trembles into view, it quickly recedes again. That movie is an expression of philosophical despair: the truth can never be known. “Dragon Tattoo” says the opposite: it celebrates deduction, high-end detective work—what Edgar Allan Poe called “ratiocination.” Everything can be known if you look long and hard enough, especially if you have no scruples about hacking into people’s bank accounts, e-mails, and business records. Salander is a criminal, but she’s our criminal.
...
New Yorker website

DJTeddyBear
Joined: Nov 2, 2009
Sigh, people need to stop and think before they speak.

The producer is right to be upset, but phrased it very badly.

Releasing the review early means that all the positive P.R. that could be obtained by having someone read the review and then see the movie listed in a schedule is lost.

odiousgambit
Joined: Nov 9, 2009
I reviewed the original non-Hollywood version, so definitely I have to see this one to compare. The original was hard not to get shocked at for various reasons like graphic rape scenes, so I have to wonder if that is toned down, for one thing.
the next time Dame Fortune toys with your heart, your soul and your wallet, raise your glass and praise her thus: “Thanks for nothing, you cold-hearted, evil, damnable, nefarious, low-life, malicious monster from Hell!” She is, after all, stone deaf. ... Arnold Snyder
teddys

teddys
Joined: Nov 14, 2009
I don't see what the producer is so upset about. There is an unspoken rule that you publish the review the weekend the movie comes out, but editors are free to do whatever they want. If the producer didn't want it published so early, he should have held off on the press screenings. Sometimes magazines will publish an early review for a big movie or something that has moved outside the world of cinema into the general interest, e.g. Passion of the Christ.

I think the movie has enough buzz that it will not be affected at all by this review. The books were very popular.
"Dice, verily, are armed with goads and driving-hooks, deceiving and tormenting, causing grievous woe." -Rig Veda 10.34.4
pacomartin

I don't see what the producer is so upset about. There is an unspoken rule that you publish the review the weekend the movie comes out, but editors are free to do whatever they want. If the producer didn't want it published so early, he should have held off on the press screenings.

Well it wasn't so unspoken this time. They showed it early as a convenience, but the reporter agreed to an embargo. Because it is the New Yorker he simply got stuck in a bad position since the only other movies were low concept family movies like "We bought a Zoo" and "The Darkest Hour". The editor broke the embargo by publishing a week early. 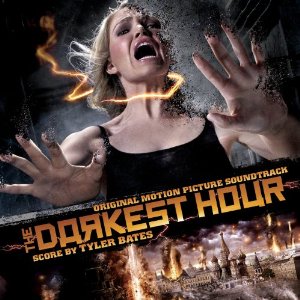 I thought reviewers didn't matter that much anymore. The masses don't care, they respond to advertising. The intellectuals can presumably remember a good review for an extra week.
========================================
There seems to be two kinds of extreme violence in movies. There is the low class kind like "Saw" and "Hostel". Then there is the artistic movies like "No country for Old Men", "Wallender", "Dragon Tatoo", and "American History X". But the violence can actually be much more disturbing in the more artistic films since it is less artificial.

What is with violence in Scandinavian films (particularly Swedish)? For a country with almost no murders, they seem to love these ultra violent stories.
progrocker

I thought reviewers didn't matter that much anymore. The masses don't care, they respond to advertising. The intellectuals can presumably remember a good review for an extra week.

Individual reviews may not matter, but their aggregate scoring taken in and displayed by sites like rottentomatoes.com does factor into many people's decision on what to see (or when to see, can this wait until the DVD is available?), myself included.

In regards to your comment on violent movies, Scandinavians also like heavy metal. My guess is that both tastes are a product of cold weather and short days. Although external violence is low there, suicide rates are high (14, 15, and 36th compared to the USA's 39th ranking worldwide, via the wiki article citing World Health Organization data).
Solo venimos, solo nos vamos. Y aqui nos juntamos, juntos que estamos.
DJTeddyBear

DJTeddyBear
Joined: Nov 2, 2009
I finally saw a commercial for "The Girl with the Dragon Tattoo".

What is with violence in Scandinavian films (particularly Swedish)? For a country with almost no murders, they seem to love these ultra violent stories.

A certain segment of every large population really enjoys the rush from violent images. Unfortunately, not all of them are stable.

Just because the violent films are the ones that make it to the American market doesn't mean that is all they produce. There are many different genres of films produced in Hong Kong (not just Kung Fu), and Japan (not just Horror), that don't make it to the American market.
Simplicity is the ultimate sophistication - Leonardo da Vinci
zippyboy
zippyboy
Joined: Jan 19, 2011
I've never read this book, or trilogy, in fact I don't read fiction at all. But when I first saw this trailer last summer in the theater for Contagion, I'm interested. I'll see almost anything with Daniel Craig, or any movie by David Fincher, and the dark stylism and techno music of the trailer make this a must-see for me. The fact critics like it also is moot, but is nice to hear.
"Poker sure is an easy game to beat if you have the roll to keep rebuying."
RSS Feed