Shout Out to the Wizard

EB should just stay banned until we ALL reach an agreement about if he should be banned... ;-)
Playing it correctly means you've already won.
AxelWolf 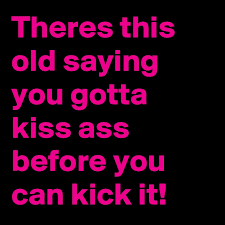 Axel's motto is "You have to kiss ass before you can lick bunghole" is bunghole on the no fly zone list for this forum? I guess we will find out.
You can shear a sheep a hundred times, but you can skin it only once. — Amarillo Slim Preston
mcallister3200

Axel's motto is "You have to kiss ass before you can lick bunghole" is bunghole on the no fly zone list for this forum? I guess we will find out.

I'm sure you would like to find out if my bunghole is on the no fly zone list, unfortunately for you and all other , it is on the restricted list.
PS If it's not in the Bible....
♪♪Now you swear and kick and beg us That you're not a gamblin' man Then you find you're back in Vegas With a handle in your hand♪♪ Your black cards can make you money So you hide them when you're able In the land of casinos and money You must put them on the table♪♪ You go back Jack do it again roulette wheels turinin' 'round and 'round♪♪ You go back Jack do it again♪♪
michael99000

With all due respect, no, because it shouldn’t be an eye for an eye.

AMS shouldn’t be suspended for his post, as EB shouldn’t have been.

Total respect for how you run this forum, and without kissing ass, you do it far better than anyone.

Live by the rules, make rules up based on situations, and best of all “Don’t let the door....”. But this one was a bad one.

Free EB. It doesn’t matter if he doesn’t care, it’s the principle.

He was guilty of nothing this time.

But the way Wizard runs the forum, Wizard would have also suspended Bob for his "racist" comment. That really made my day, btw, because Bob got by with borderline comments more than anyone else here.

Wizard lets NOTHING slide. I have edited my posts multiple times in the past because how HE interpreted the rules, and I did not want to receive a suspension for calling member(s) various expletives. Of all the forums I read/post at, this forum gives me the greatest urge to use said expletives. This makes me sad and is one reason why i post 10% as much as before. The free discussion of politics is a much bigger reason.

You are really part of the Cool kids now Wizard. I really appreciate this forum, it has been a great benefit to me and I'm also glad you made a profit from your labor creating WOV.

But just as you are a huge part of this forum, so is Bob. This just isn't the same place around here without his ability to chime in on topics. The forum is lesser without him, and many of us feel he shouldn't have been suspended for such a minor infraction. For these reasons I respectfully request that you allow me to serve out the rest of EvenBobs sentence and bring back the member that is dear to us all.

I agree. Unfortunately, once again, we seem to be dealing with insta-suspensions by moderators who disagree with or bear animus towards the person they are suspending. I almost never participate in the political threads (personally, I dislike the hostility of the dialogue in those threads) but I occasionally read them - and its no secret that BBB does not stay neutral and "above-it-all" in these threads like moderators of other forums - rather she wades into many, many political arguments, IMO, with passion and derision for those who have different opinions. And EB's opinions are the polar opposite of BBB's.

Now the words 'racist' and 'racism" are used on CNN and MSNBC and FoxNews, it is part of political discourse to use these words to object to certain statements that are hurtful to other people. Just as the word "troll" is used to describe a certain kind of behavior on social media. Suspending people for using common useful language like racist and troll is illogical, IMO. And having a politically-active moderator insta-suspend one of her adversaries (in political threads) for a very marginal use of language used on news shows has a bad appearance. It appears like a moderator using her ban-hammer to purge the forum of people who have opinions that she doesn't like.

IMO, it would have been better if BBB had practiced some restraint and referred EB's post to Wiz or OD and let them make and implement decisions. And a more calm and clinical moderator would not get so involved in so much of the drama on the political threads. BBB will disagree with me, and Wiz is usually loyal to BBB no matter what her behavior, so he will likely claim that he disagrees with me as well. But those are my opinions and I believe there is a simple truth in what I say.

I'm cool with this because he'll never be unbanned if unanimous approval is needed...

That could take months

Forever unless I'm kicked off.
RS

That could take months

A price we’d all be willing to pay.
PokerGrinder

Axel's motto is "You have to kiss ass before you can lick bunghole" is bunghole on the no fly zone list for this forum? I guess we will find out.

I'm sure you would like to find out if my bunghole is on the no fly zone list, unfortunately for you and all other , it is on the restricted list.
PS If it's not in the Bible....

That’s not what DJATC told me, he said “things” happened in his miata and you made him promise not to tell anyone..
You can shear a sheep a hundred times, but you can skin it only once. — Amarillo Slim Preston
EvenBob

For the record, I did not want Bob suspended, I didnt ask for that, I didn't even think it was possible. It was clearly a joke all around. I didn't take his comment as an insult whatsoever. I took his comment as him showing how if someone says something like that, they will be labeled by some people as a racists even when its a innocent joke. I am certain that's what Bob was doing,

Of course that's what I was doing
and I knew you'd get it. It never
even occurred to me the mods
here lost their sense of humor and
irony years ago. All some of them
want now is any reason to suspend.

Let me explain this type of humor,
as some here don't seem to get it.
A cartoon has a German Shepard
and a collie in a bar drinking. The
collie says "God how I hate mixed
breed dogs." The other dog is thinking
'Bigot'.


i·ro·ny1
/ˈīrənē/
noun
the expression of one's meaning by using language that normally signifies the opposite, typically for humorous or emphatic effect.
"It's not enough to succeed, your friends must fail." Gore Vidal
RSS Feed