until June 1, 1980 TV went completely dark at midnight - the transmitter shut down

on that date CNN became the first to have a 24 hour broadcast - that's according to my google search - although I don't remember cable being widely available then, and I don't remember them at that time

I guess that depended on where you lived. In NY television didn't go off the air at midnight. We had the late movie and the late late movie as well as some quirky late night television shows. I remember the first show that aired every day was the farm report.
The difference between fiction and reality is that fiction is supposed to make sense.
lilredrooster

.
this was the image displayed on your TV when it went dark - pretty weird - later when color TV came it was the same image in color until June 1, 1980 TV went completely dark at midnight - the transmitter shut down

on that date CNN became the first to have a 24 hour broadcast - that's according to my google search - although I don't remember cable being widely available then, and I don't remember them at that time

Throughout most, if not all, of the 1970s, NBC stations aired The Tonight Show until 1 AM, and then Tomorrow (with Tom Snyder) until 2, except on Fridays, when Burt Sugarman's Midnight Special ran from 1 to 2:30. On Saturday nights, "The Best of The Tonight Show" aired until 1 (until Johnny Carson switched to working 4 days a week, at which time the reruns moved to Monday and NBC's Saturday Night (later called Saturday Night Live) started, with Weekend airing once a month, presumably as it was just too hard for the SNL writers to write four shows in four weeks. ABC counterprogrammed with Wide World of Entertainment, a 90-minute block of various shows, which also ran until 1; in San Francisco at least, that's when the ABC station went off the air.

As for cable TV, it was installed where I lived in the early 1970s, but was limited to 12 stations (there was no box; there was a device that converted the coax to antenna hookups, and you hooked that up to the TV's VHF Antenna input), which were all Northern California broadcast stations. For the most part, there were "standard" assignments; for example, in the San Francisco Bay Area, UHF channels 36 and 44 were cable channels 6 and 12, and they are still there 60 years later. It wasn't universal by any means; in the early 1980s, my college dormatory didn't have cable hookups to the rooms, although there might have been connections to the "common areas" on each floor.
lilredrooster


yeah, I forgot about that - UHF added stations - I can't remember exactly when - the first UHF station in the DC area was channel 20 which was mostly comedies and movies IIRC - then came channel 26 which was WETA - educational TV - according to a google search it first aired in 1961 - but probably not everywhere

before UHF we only got ABC, CBS and NBC - I'm thinking that was the 50s and some of the 60s 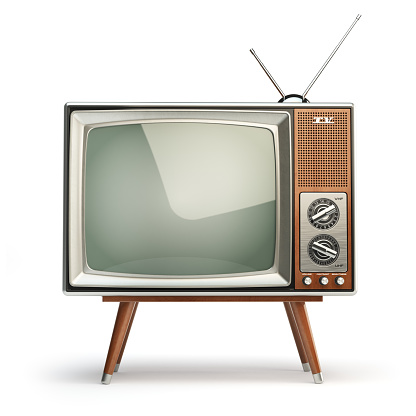