AlanMendelson
Joined: Oct 5, 2011
If youre going to play a Martingale go to one casino where you don't have to worry about hitting table limits. Take your millions and head to Wynn, Bellagio, Caesars. Maybe you'll get lucky and get a comped suite for the action. And at Caesars you might be able to convert your comp points for gas cards or free play.
Boz

If it could only be one property, maybe something like Golden Nugget would be good? They have limits as low as $5 and as high as several thousand (you'd stay in the building but change tables).

If I went to Vegas to try this, I'd start at Jokers Wild on a $2 game (do they still have that table?) and keep track of the series that had extended to the house max. Then, at some interval, i'd go to a high-limit table with liberal strip rules and play the hands that i "owed" myself.

But then you are taking away the entire theory of the Martingale player....a table is "due".
Ayecarumba

Determine ahead of time that without question you will not balk at the big bet end. You will find your opportunity to risk the 7th double up will come right away, possibly first session.

I don't understand the Martingale. All that pain to win one unit if it even works.

Yep, then poiklp will be back to where he started, and needing a shower.

And possibly a change of drawers... hehe
Simplicity is the ultimate sophistication - Leonardo da Vinci
AxelWolf

AxelWolf
Joined: Oct 10, 2012
Poiklp Just take a Dice control / Influence class then add a modified Martingale system to that and then "BINGO"+,+ EV
If you really want to use a martingale system then why not do it on a + EV situation like an online bonus? you have to get wagering requirements finished anyways. Perhaps try at a place like Palms casinos that have a loss rebate. I think you can add .2% just for the hot chicks at the Palms.
♪♪Now you swear and kick and beg us That you're not a gamblin' man Then you find you're back in Vegas With a handle in your hand♪♪ Your black cards can make you money So you hide them when you're able In the land of casinos and money You must put them on the table♪♪ You go back Jack do it again roulette wheels turinin' 'round and 'round♪♪ You go back Jack do it again♪♪
Ahigh

Turn that frown upside down.

Reverse martingale and as soon as the stack gets so big you can't let it just sit there, grab that stack and head for the door!

If you lose $1,000 $25 at a time before seeing a big gigantic stack of chips on the felt .. so big you can't just leave it sitting there any more, you're probably not as easily excited by money as I am.

And the worst case is that you lose a little more than $25 every six rolls (or about $5 per roll of the dice when you include the vig).

You need no skill to play the game this way, and it's just as exciting as martingale if you have big cash to throw it away. And if you do lose, at least it will take three hours to do it. But more likely, you'll get ahead $200 to $2000 and think "holy shit that didn't take any time at all!"

Caesar's has $50,000 limits on all of their craps tables and have $10 minimums almost all the time. Most tables stop at $5,000 unless you talk them into raising it.

You cost basis along this trail is 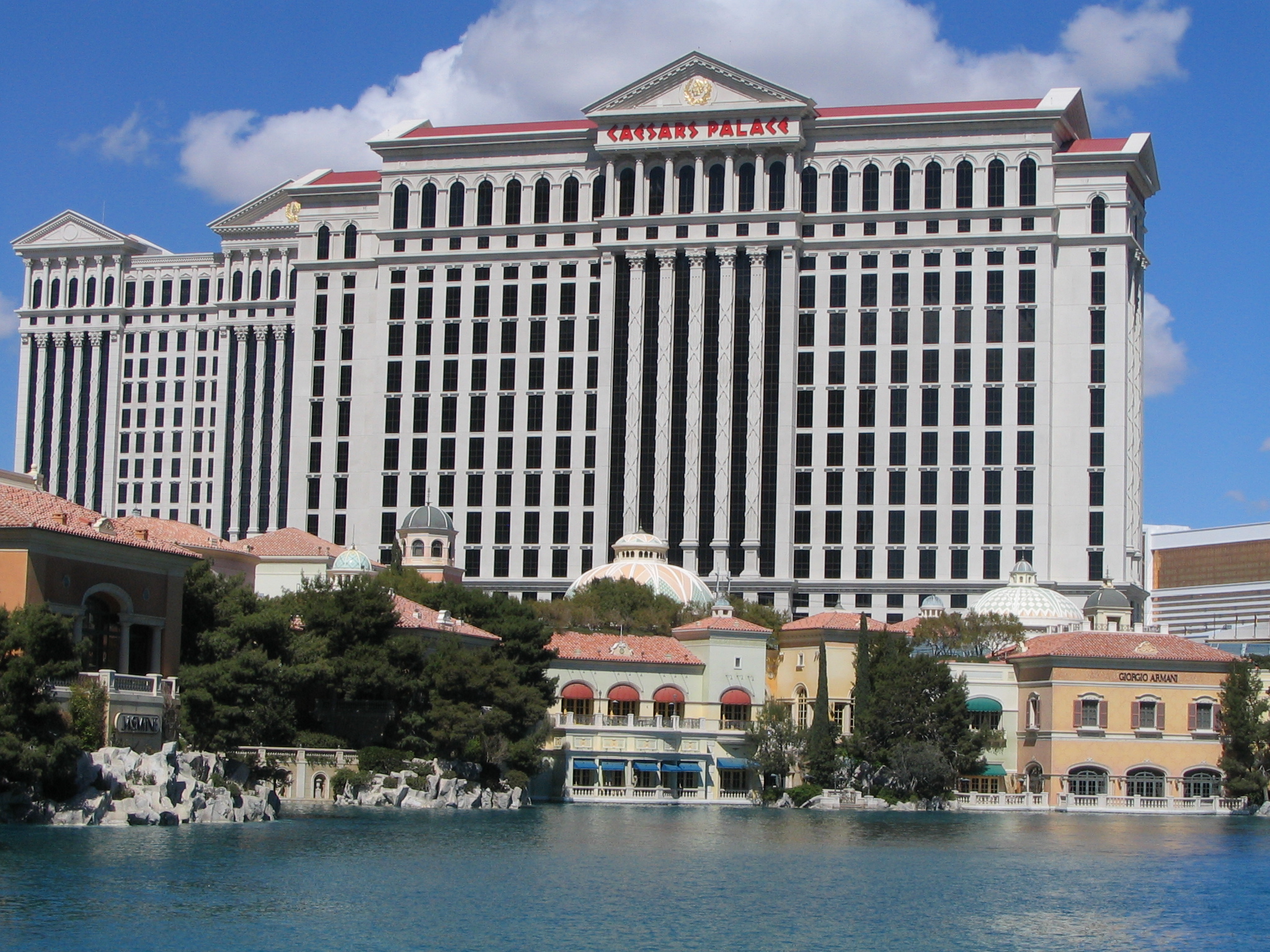 The best way to think about the Martingale is in the sense of Laying Money on a huge favorite in a sporting event.

That's not entirely true. With the layed sport bet, you fix the amount of money you want to risk at the beginning. For the martingale, you at least have the option to leave earlier than calculated.


Mission, you seem to like some mathematics of martingale. Here is some funny fact: Each try of a 14-level martingale is a worser bet (in terms of EV) than giving the base unit directly to the house (for double-zero martingale that is).
Mission146

That's not entirely true. With the layed sport bet, you fix the amount of money you want to risk at the beginning. For the martingale, you at least have the option to leave earlier than calculated.

That's absolutely right, and I qualified, "...if someone is truly committed to a six-step Marty, then I look at is as one bet comparable to Laying the Favorite (Huge favorite!) in Sports Betting," in my post. By truly committed, I meant that they are absolutely going to go all the way with it.

Mission, you seem to like some mathematics of martingale. Here is some funny fact: Each try of a 14-level martingale is a worser bet (in terms of EV) than giving the base unit directly to the house (for double-zero martingale that is).

I'm not sure what you mean by that, to be honest. For example, if your base bet is five units, and you give the five units directly to the House, then you have a 100% chance of losing five units and a zero chance of profit. If you bet ten units on your second step of a 14-step Marty, then the expected value of that bet is:

In terms of having an EV worse than -5 Units for an individual bet on a 14-Step Marty, you don't reach that point until you are betting 160 Units (Step 6):

If you are on Step 5, Betting 80 Units, you still have a better EV than giving 5 Units directly to the House:

Thus, you have a better Expected Value betting 80 units on an Even-Money Proposition in 00-Roulette than turning five units over to the House for no reason.
Vultures can't be choosers.
SOOPOO

I don't understand the Martingale. All that pain to win one unit if it even works.

You know that's not how it goes in real life. After that first success and that red chip firmly in the shirt pocket, they will repeat, accumulating those red chips.... until.... you know the rest of the story....
AcesAndEights

The best way to think about the Martingale is in the sense of Laying Money on a huge favorite in a sporting event. For example, let's say that I have USC taking on West Liberty University in College Football, now you've probably never heard of West Liberty University, so let me assure you that it would a ridiculous match-up. If I lay some bones on U.S.C. and win, I'm going to have to lay an absurd amount of money to win $100, but if I lose (unlikely), then I will lose an absurd amount of money.

In this sense, I look at someone committed to the Martingale System as making one bet. I have no idea why, but Roulette seems to be one of the most popular games in which to play the Martingale.

It appears (if my logic is right, and it may not be) that your average bet should be about $64.20.

I should also add that you have to have 63 successful Martingale attempts prior to losing one in order to be Even. Based on the probability of a successful six-step Marty run on Single-Zero Roulette:

I would imagine that all but the most determined would drop four or five in a row and then bail. I know I certainly would because you and I both understand the independence of future results to the past results. Obviously, if you have lost five in a row and are doing a six-step Marty, the Odds of failure are no longer 0.018336281232080496, but are now 19/37.

In any case, though, if someone is truly committed to a six-step Marty, then I look at is as one bet comparable to Laying the Favorite (Huge favorite!) in Sports Betting. You're betting $630, though not all at once, to win $10 and you have a 98.17% chance of success.

There are only two reasons to run a Martingale:

1.) Someone is under the misguided impression that it should be a long-term winner.

2.) Someone just likes to play Roulette that way.

If someone is doing it for reason #2, and is not risking money that is needed for essentials, (i.e. playing with entertainment money) then that's just fine because it doesn't make the long-term expectation of the game any better or worse.

That is why The Wizard says that all gambling systems are worthless. The important thing to note about the term, "Worthless," is that the term does not necessarily denote negative value, it denotes no positive or negative value whatseover, mathematically.

However, there can be a subjective value to gambling systems insofar as they may or may not increases one's entertainment/enjoyment value. If they do that, then while they are still worthless in the mathematical sense, they have a positive entertainment value for the player. If the player is going to expose x bankroll to a negative expectation game, then he may as well play in whatever manner he most enjoys.

I'm not sure how I missed that reply, but that's actually a great metaphor to use for me. For instance, I followed the Wizard's advice last spring and laid some of the huge favorites at the Oscar's. Kind of a similar idea, except the strategy of laying the Oscar's favorites has been "vetted" by someone like the Wiz and he thinks a player following that strategy actually has the best of it...as opposed to Martingaling craps or roulette, where you definitely don't have the best of it. Same idea with the no safety on the SuperBowl...I'm hoping to lay down some chunky action on that next year, despite the recent history...
"So drink gamble eat f***, because one day you will be dust." -ontariodealer
RSS Feed