2. An epic battle has erupted between Pa. casinos and unregulated ‘games of skill.’ http://bit.ly/2Ey33uc

6. Are You Experiencing Resistance to New Technology at Your Casino? http://bit.ly/2PEU2pv

14. As the Raiders exit Oakland, Las Vegas and a $2 billion stadium await. http://bit.ly/2EzMHAY

16. (Maine) Assets seized from the man at the center of an illegal sports betting ring boosted the total collected by the U.S. attorney’s office in Maine to nearly $20 million for the most recent fiscal year. http://bit.ly/392PJMm

17. (Illinois) Rivers Casino in Des Plaines, Ill., is putting its best foot forward for sports betting becoming available in Illinois with its opening of the BetRivers SportsBar. The SportsBar opened Friday, though it cannot take any wagers until Rush Street Gaming’s application is approved by the Illinois Gaming Board. http://bit.ly/35CDiVo

18. (Illinois) A legal consultant for the city says an alderman’s vote to support Hard Rock’s plan for a casino to be built by a former employer did not pose a conflict of interest. Alderman Natavias Ervins’ vote prompted scrutiny from a Champaign television station that questioned whether his vote for the Hard Rock Casino Rockford was proper, noting the alderman had listed Ringland-Johnson Construction as his employer on his Facebook page. http://bit.ly/34DikEi

19. (Michigan) Online gambling and sports betting could soon be legal in Michigan. The state Legislature has sent bills to Gov. Gretchen Whitmer’s desk that would allow existing casinos to offer gaming over the internet, including black jack, poker, and slots games. The legislation would also legalize sports betting under certain conditions. http://bit.ly/2EyKRQU

20. (Iowa) An upscale, eight-story hotel is coming to Dubuque’s Chaplain Schmitt Island. Members of the Dubuque Racing Association Board of Directors today unanimously approved a $22 million plan that centers on the construction of the structure on the site of Q Casino and Hotel. http://bit.ly/2S92wGS

21. (Reno) Jacobs Entertainment is remodeling another old motel into new apartments as part of its redevelopment plans for downtown Reno’s West Fourth Street corridor. The company told the Reno Gazette Journal that it will invest $5 million to turn the Courtyard Inn Motel into a 38-unit project known as the Loft 601 Apartments. Jacobs Entertainment bought the building in November 2017 for $2.1 million. http://bit.ly/2s0zXAQ

22. (Las Vegas) The Culinary Union publicly criticized the Clark County Commission Tuesday after it voted to reappoint Jan Jones Blackhurst and Tommy White to the Las Vegas Stadium Authority. Dozens of Culinary members jammed into the packed commission chambers in support of Geoconda Arguello-Kline, one of 29 applicants for a four-year term on the nine-member board that sets policies for the $2 billion, 65,000-seat Allegiant Stadium that will open in August. http://bit.ly/2rSwNzc

23. (California) It may not be the best of times for California card rooms, but it could soon be the worst of times. A recent Gardens Casino fine points to a precarious position for the non-tribal casinos. Although the fine is unrelated to potential regulatory changes, it’s a sign that the Golden State isn’t afraid to levy hefty fines on card rooms. The lesson for card room operators is clear. http://bit.ly/2S6mCSf

In the past few decades many rich poker Players have gone broke due to bad decisions or bad bankroll management.In this poker video we have made a list of some top poker pros who have gone broke in the past.
The list includes players like Stu Ungar, Gus Hansen, Scotty Nguyen, Archie Karas and Chino Rheem and Erik Lindgreen. http://bit.ly/2EBk06E

14. William Hill makes foray into Jai Alai, with an eye on sports betting in Florida. http://bit.ly/2MaBQBF

18. (National) For many of us, our first experience with “gambling” was the lucky dip at the local school fete. We handed over our pocket money and hoped the plain packet we selected would contain something worth our 50 cents. Now the lucky dip has been reinvented and become ubiquitous in the form of the blind bag toy. http://bit.ly/2Z9f1UA

19. (Atlantic City) The Casino Reinvestment Development Authority and Live Nation Entertainment have agreed to terms to bring beach concerts back to the city, including a three-day event next summer. The three-year, $1.8 million deal was approved at the CRDA Board of Directors public meeting Tuesday afternoon, with one dissenting vote, after deliberations in executive session. http://bit.ly/35FSVLP

20. (Rhode Island) Rhode Island's governor and other top Democrats have promised to redirect political donations they received from a casino executive who is accused in a kickback and bribery scheme. http://bit.ly/2EDXXwc

21. (Maine) Assets seized from the man at the center of an illegal sports betting ring boosted the total collected by the U.S. attorney’s office in Maine to nearly $20 million for the most recent fiscal year. http://bit.ly/2Q4Dlmk

22. (Pennsylvania) State regulators on Wednesday fined a Philadelphia casino $62,500 for failing to prevent underage patrons from sneaking into the casino and gambling. http://bit.ly/2tBsFnD

23. (Georgia) Lawmakers will not yet make recommendations on whether gambling should be legalized in Georgia. A Senate study committee on gaming and para-mutual wagering on horse racing and Georgia’s equine industry voted unanimously to adopt a summary report of the committee meetings but without offering recommendations. http://bit.ly/2Qa4rbQ

24. (Illinois) The Illinois Gaming Board has moved to strip video gambling operator Rick Heidner of his license after accusing him of offering a $5 million “illegal inducement” to the owner of a chain of gambling parlors, records show. http://bit.ly/2Me7Chv

25. (Illinois) Records filed at the Illinois Secretary of State’s office reveal direct financial links between state Senator Dave Syverson (R-Rockford) and an insurance company that does business with the general contractor who won the city’s approval to build the proposed Hard Rock casino project. http://bit.ly/2Q4Od3t

26. (Nevada) Former Senate Majority Leader Harry Reid and former Nevada Gov. Bob List were major targets of organized crime when The Mob controlled and skimmed profits from Las Vegas casino-resorts in the 1970s and ’80s, they said in interviews this week on Nevada Newsmakers. http://bit.ly/36RTjXG 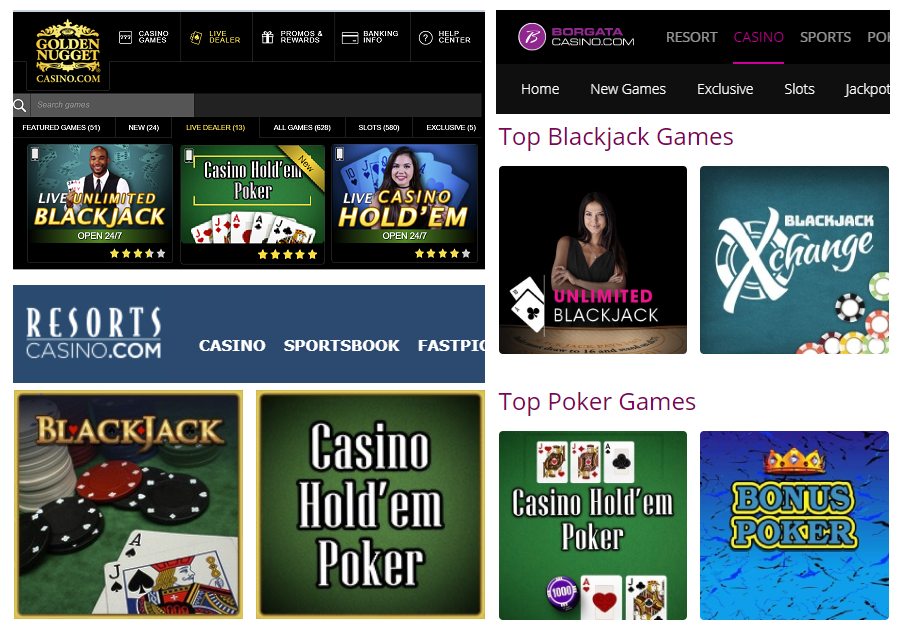 Players in Macau casinos can finally play online as new digital technology arrived in the province.
Macau casinos are renowned for their reluctance to embrace the new type of gambling but it seems that the tide is turning as online gambling was finally launched this week, after several years of preparation. http://bit.ly/2tyXXvm

* Math at Wizard of Odds: UnlimitedBlackjackWoO.com

1. Launching with the highly popular Buffalo Blitz, Live Slots is a brand new cross-vertical concept that turns slot play into a collective experience – the first live game to feature “community spins”, with all participating players playing a single game together... http://bit.ly/2r91tvD 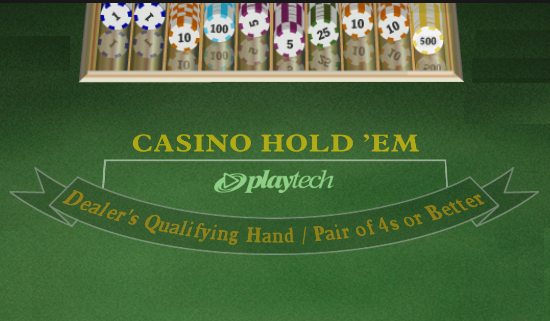 5. Miss America to be crowned for the first time in Connecticut. http://bit.ly/2ZcZ0Nb

20. (Massachusetts) The Massachusetts Gaming Commission on Thursday took a small but significant step that could eventually lead to a fourth casino being constructed in the state. The regulatory body directed its staff to draw up documents soliciting information from experts and the public on questions including whether the market could support a full-service gambling facility in Southeastern Massachusetts, and whether such a decision would benefit the state. http://bit.ly/2Z9y15g

21. (Virginia) A company that operates gambling parlors with slot-like machines plans to raise wages of its employees to a minimum of $15 an hour. http://bit.ly/2s070oR

22. (Kentucky) Kentucky sports betting will get another chance next year after Rep. Adam Koenig prefiled a bill similar to this year’s attempt. Along with sports betting, Koenig is again trying to legalize fantasy sports and online poker. The bill could see action soon as well. Koenig didn’t give a specific date for when the bill will first be heard but said he thinks it will be acted on quickly. http://bit.ly/35N3s7J

23. (Ohio) A grand jury in Ohio indicted 11 people in what federal prosecutors describe as a large-scale illegal gambling operation run through bookies that had clients place bets on a website based in Costa Rica. The indictment handed up Wednesday said bookies worked with clients to take bets and then used PremierPerHead.com to track and control the bets. http://bit.ly/2Q9r6ol

24. (Indiana) Indiana’s two racetrack casinos will begin offering live table games at the start of 2020. The Gaming Commission approved those new offerings this week. The racinos long asked the legislature to allow them to have live dealers for their table games, arguing they were more appealing to players than electronic games. http://bit.ly/2EFO6pZ

25. (Arkansas) The Arkansas Racing Commission will consider on Jan. 6 whether to issue a license for a casino in Pope County or whether to further hold off on that decision, commission attorney Byron Freeland announced at Thursday’s commission meeting. http://bit.ly/2PKvHOX

27. (Michigan) Finishing touches are being done on the expansion of the Ojibwa Casino in Marquette in order to get the place set for Friday’s opening. Construction on the over $40 million expansion began a little over a year ago, with the project being a slightly ahead of schedule. http://bit.ly/2EDpv4W

28. (Las Vegas) The stage is set — literally — at the MSG Sphere at The Venetian. Workers on the entertainment venue project just east of the Sands Expo and Convention Center have poured the concrete foundation for a 4,000-square-foot stage that is clearly visible in photos captured by a camera mounted on a drone. http://bit.ly/2s061VF

MrCasinoGames
Joined: Sep 13, 2010
Play’n GO extends LatAm presence with BetWarrior. http://bit.ly/2PMqrKJ
As a leading operator on the MOBILE-Channel, a deal between Play’n GO and BetWarrior was a natural next step, the companies said in a press release Friday.

For BetWarrior, it provides the operator with a wealth of content to maximise their entry into key markets.
For Play’n GO, the deal is the latest in a series of moves that continues their successful expansion into the LatAm region.
READ-More http://bit.ly/2PMqrKJ

1. Player makes a Blackjack wager, and an optional Side-bet (Perfect-11®).