ahiromu
Joined: Jan 15, 2010
I decided to book a last minute trip downtown because I didn't want to have the obligation to play I have at Caesar's properties (where I stay almost exclusively). My normal haunt is Paris. This trip was at The D.


Dining: Only thing special was the steakhouse at The D. Andiamo. It was fine, but that's all. My medium rare steak had a few blue/purple spots (undercooked) and the piece of meat (Prime Rib) was tough. The coconut cake was disappointing, seemed to have been taken out of the fridge just prior. That said, the King Crab portion was very generous (Oscar), while they skimped me on the Bearnaise. My expectations are high though, Gordon Ramsay's place at Paris is still the best I've had.

The rodeo was in town. Considering I was downtown, you had a bunch of stupid cowboy stereotypes. This one was calling his friend on the other side a bitch, but said friend was right next to a woman who was shooting. I'm pretty sure the woman thought he was talking to her.

The average person was significantly more drunk than you find center strip too... like every session (60-90m sessions) I could point to at least one person at my table that casino personnel would have been justified in throwing out. Guy A was inconsistently betting on the field, to the point that he took Guy B's field winnings more than once. Later on, guy B was flat out stealing guy A's wins. Guy A was drunk and maybe on meth, so I don't label it as stealing. He also didn't follow my advice on craps (he asked) - so I don't consider him particularly smart either. Guy B was fully aware of what he was doing.


Verdict: A side interest of mine this trip was to see what downtown had to offer. Despite the common knowledge that downtown is where "it's happening" - I wholeheartedly disagree. I'll stay at Paris with all of the upper middle class aging couples.

billryan
Joined: Nov 2, 2009
Downtown is "happening" in spite of the casinos, not because of them.
The difference between fiction and reality is that fiction is supposed to make sense.
TigerWu

TigerWu
Joined: May 23, 2016
I was not a fan of the Downtown area last time I visited. It felt like a cheap knockoff of Vegas that you would find in a tourist town in the Midwest rather than actual Las Vegas.
Ibeatyouraces

How about Fremont Street from 1988.

Boz
Joined: Sep 22, 2011
If you are into Craft Beer, DT is the place to be. Many great local options compared to limited corporate choices on the strip.
beachbumbabs
Administrator

Despite it coming off like useless whining, I think downtown pre-FSE was much better. It might just be that it was new to me in the late 80s, but there were fun little casinos right next to each other, playing was very affordable, and there were loads of neat offers with a couple dozen places competing for your dollar.

I didn't bother with the Strip the first dozen times I went to Vegas. Usually stayed at GN. Stayed at Binion and Fitz once each, both kind of run down even then, but not scary.

That ship has sailed, of course. Downtown is ok now, but I too prefer the Strip these days. I did like staying at the D and would again. Very good value and easy RFB comps. Only real objection is the music is painfully loud in the casino.

Doubt l'll stay at GN again; think they're on their 4th set of owners since I started there 30 years ago, and gone a step down each time. (Not necessarily in amenities, but in cleanliness, food quality, and attitude of the people staffing them).
If the House lost every hand, they wouldn't deal the game.
bobbartop 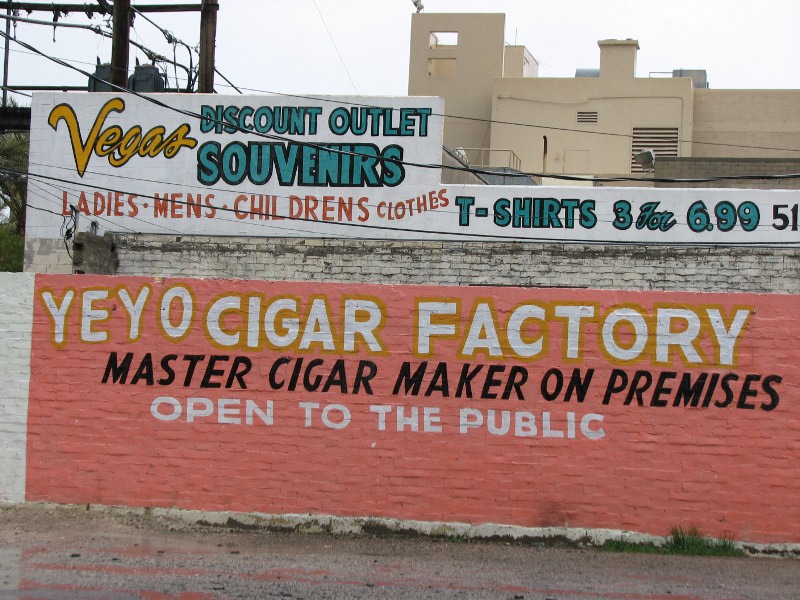 'Emergencies' have always been the pretext on which the safeguards of individual liberty have been eroded.
Ahigh

I spent some time downtown, but I'm too old for what is going on there.

If you go near downtown, I think you need to visit the arts district and the pawn store that is on TV or the Gambler's Museum near the Downtown Grand.

If you go for "The D" I'd like to think you're looking into history of the place from before it was the place it is now, or because there's a tribute band playing nearby that you are interested in.

The summarize downtown based on gambling action and the steakhouse at the D is definitely a recipe for disappointment. It'd be like someone staying at Bellagio hoping for 10x craps with $3 minimums like they are used to at the El Cortez. Two different worlds.
terapined

terapined
Joined: Dec 1, 2012
I still love downtown because I am a low roller gambler.
Lots of 25cent 99.54% and better all over downtown at lots of casinos
I never play video poker on the strip
When I play BJ. I will only play at my favorite BJ casino. The El Cortez. Single deck, BJ pays 3 to 2. Low 5 buck min. What's not to like.
Will be playing BJ there next week. Counting cards but just a low roller 5 to 20 spread for fun.

Next week, staying on the strip, eating on the strip seeing shows on the strip
For gambling, I'll be heading downtown where I feel I have a fighting chance to win.
WOV supports censorship. Bring back free speech challenging lies.
gamerfreak

gamerfreak
Joined: Dec 28, 2014
When I was there in July, I drove downtown to go to the Neon Sign museum.

I was sitting at a red light and accidently made eye contact with some crazy homeless looking guy while I was looking around and he ran over to my car and spit on my windshield.