Quote: charliepatrick
Once you're 6 or higher you can make any multiple of 3 using boxes of 6 or 9.
Thus all numbers >3 of the form 0 + 3n can be made.

Time to open my bottle of wine - https://www.vintagewineandport.co.uk/vintage-wine/1943-wine !

CP is spot on.

Equation Enigma
It appears the max number won't matter with this group since the top bid is north of 100 McNuggets. At first you watch the spectacle somewhat fascinated. As the count getting shoved into mouth reaches the 70s, however, you start to feel a little queasy and decide to move on.

You enter the sportsbook and grab an empty chair in back. On the table in front of you is a piece of scratch paper with the equation 101 - 102 = 1 written on it. Presumably someone was calculating a basketball point spread and got the math wrong. You reach for the paper to crumble it up and then pause. It occurs to you that you can make the equation correct by simply moving one of the numbers. 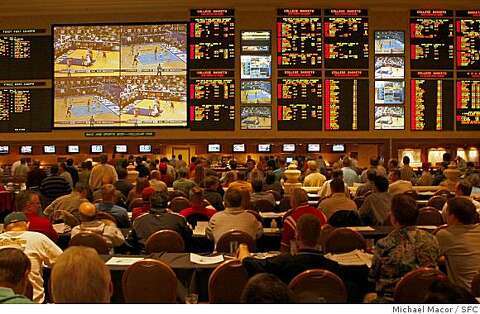 Have you tried 22 tonight? I said 22.
charliepatrick

Very clever CP although you're actually swapping 2 symbols. For this riddle, define "numeral" as a "symbol denoting a number" so only a number may be moved. Your lateral thinking, however, is needed to solve.
Have you tried 22 tonight? I said 22.
charliepatrick

Quote: Gialmere
Very clever CP although you're actually swapping 2 symbols. For this riddle, define "numeral" as a "symbol denoting a number" so only a number may be moved. Your lateral thinking, however, is needed to solve.

Joeman
Joined: Feb 21, 2014
Probably not what you are looking for, but you could take the last '1' of the 101 and superimpose it diagonally over the equal sign:

Quote: Gialmere
Very clever CP although you're actually swapping 2 symbols. For this riddle, define "numeral" as a "symbol denoting a number" so only a number may be moved. Your lateral thinking, however, is needed to solve.

Oh, of course! I was so close to seeing this. I think the word "move" got in my way, thinking laterally, not in nomenclature.. Good job!
If the House lost every hand, they wouldn't deal the game.
Gialmere

Yes. In this instance, lateral thinking leads to (oddly enough) vertically moving the 2 upwards to make 101 - 10² = 1 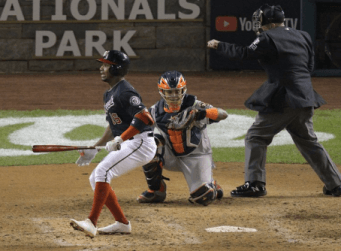 Plate Problem
Uh oh! A TV screen in the sportsbook is showing a recap of the World Series and a replay of a called strike three has started an argument between two baseball fanatics. At first they argue about whether it was a good or bad call. Somehow this leads to them arguing about the size of home plate itself. One fan (evidently a rules junkie) declares that home plate is a 17 inch square with 8½ inch sides and the back two corners are cut off at 45° angles so that they form 12 inch sides that connect at a 90° angle where the foul lines meet.

Hmm, you have no intention of inserting yourself into an argument between two drunken gamblers, but is this statement true? You've never really though about home plate before and since you happen to have some time and scratch paper you decide to find out. The 17 inch width would have to be true and thus the two 8½ inch sides (being half of 17) would also be correct. What about the 12 inch sides? You figure out how to calculate their lengths and conclude that... 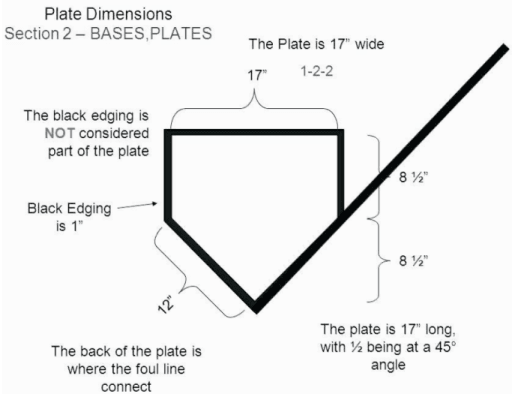 The back of home plate makes two right isosceles triangles with 8.5” sides. The hypotenuse is 8.5 times the square root of 2, or very slightly longer than 12” at 12.0208153
The race is not always to the swift, nor the battle to the strong; but that is the way to bet.
Gialmere

Correct. The sides are approximately two hundredths of an inch longer than 12". The point here is that the dimensions of home plate as stipulated in the official rules of Major League Baseball describe a shape that is impossible. Note that originally home plate was square like the other bases. Because of its diagonal orientation, however, pitchers and umpires had trouble determining the width of the strike zone and so the now famous shape was created.
[Incidentally, Heather Ferris (from a few riddles ago) has released her first video from this year's Cutting Edge event. It looks at a table game called Grand Slam Casino Baseball. I noticed that the placement of home plate on the layout is incorrect but only because I was working on this post.]

Pony Purchase
Oh well. The argument between the drunken baseball fanatics escalates into a fist fight. You head to the other end of the sportsbook as security rushes in to (somewhat ironically) throw the bums out. You now find yourself among the horse handicappers. You pick up a form and start reading an article ranking new horses that'll be appearing at Santa Anita when the new season begins next month, their speed and endurance etc. What was racing like in the old days before touts could clock a horse with their cellphones and send the information anywhere in the world? You sit down and start to daydream...

You imagine yourself as a wealthy landowner in ancient Greece and have decided to open your own stable to race horses at the local hippodrome. You've already built a practice track at your villa capable of racing five horses at a time. (In a bizarre moment of future foresight you named the track Sigma Derby.) One day a merchant arrives with twenty five fine looking horses for your perusal. You decide to purchase the fastest three in the group. But how do you determine which three are the fastest? Obviously you need to race them off against each other on your five-horse track but you have other commitments and don't want to take forever.

What is the MINIMUM number of races you'll need to run to find the three fastest horses and what sequence of races will you use?

Have you tried 22 tonight? I said 22.
charliepatrick

I knew I'd seen this puzzle before as I came third when it appeared here - https://wizardofvegas.com/forum/questions-and-answers/math/29023-25-horses-puzzle/3/ That thread also included a reference to a nice site with other puzzles including this one - http://puzzles.nigelcoldwell.co.uk/fiftynine.htm
I think a key thing to remember is if you know an elephant is bigger than an apple, and that a cat is bigger than an orange comparing an elephant to a cat tells you nothing about how an apple compares to an orange.
RSS Feed