Bitcoin prices have shot up rapidly beginning with the second half of last year and those gains have continued exponentially into the current year. These increases have came about as a result of the fact that Russia and Japan and moved, somewhat recently, to recognize Bitcoin as a legitimate currency with the latter having legally made it an official method of payment. That development is expected to be followed by other countries similarly following suit lending even more legitimacy to what was once viewed as a niche cryptocurrency.

Currently, Bitcoin is at an all-time high having cleared a valuation of slightly over $2,000 (US) for every one Bitcoin. In the meantime, additional Bitcoins are being, “Mined,” every day, though at a decreasing rate by design. It has been estimated that the last Bitcoin will be mined in the mid-early 2100’s, sometime around 2036-2040 and that will represent the full total sum of the cryptocurrency. At that point, there will be a stability in the Bitcoin valuation and it may arguably be an even more consistent currency than the currencies of various countries.

The reason that Bitcoin is so highly sought after is the fact that it is increasingly becoming a recognized form of payment for online transactions, furthermore, it is relatively easy to transfer from source to source with very little in the way of third-party payment providers having to get involved. Essentially, third-parties take a cut out of any transaction involving currencies issued by governing bodies, especially when different currencies are exchanged, but Bitcoin has gained nearly Universal recognition as a form of electronic payment.

The result is that the costs and cuts of transferring the cryptocurrency from one place to another, or from consumer to seller, are reduced as compared to some other forms.

Furthermore, there is no central governing agency that tracks Bitcoin which, for better or worse, means that the form of currency is not subject to certain regulations or transaction reporting requirements from country to country. In other words, moving large amounts of Bitcoin tends not to raise any flags as there are no flags to raise.

That’s not to say that Bitcoin is currently without short-term fluctuations, in fact, nothing could be further from the truth. Prior to its seeming increased legitimization, Bitcoin prices were under $1,000 (US) as recently as two months ago. Specifically, the three month low on March 24th of this year was $935.35. As recently as January 11th, Bitcoin fell to $775.98, which was almost $200 off of last year’s closing price.

There are currently 16.3M Bitcoins in existence as of the time of this writing (approximately) which results in a market cap of roughly 33.6B at the current price, which again, is at a near all-time high in excess of $2,000 USD per Bitcoin.

At the same time, these units might be heavily concentrated in the countries that have recognized them as a legitimate form of currency, which makes sense, as it would increase the relative wealth of any citizens in those countries holding Bitcoin. Furthermore, it is also possible that the governments themselves have dipped a toe into the Bitcoin market, which would also result in it making sense to make the cryptocurrency appear more legitimate.

In the world of gambling, Bitcoin has increasingly become a more accepted form of deposit at online casinos, with a few casinos out there (such as VegasCasino.io) operating almost exclusively in Bitcoin. That’s nearly double the gamble though, in my opinion, because you have to buy in with Bitcoin and you are counting on not only winning, but also for the currency to hold its value. While the more recent numbers have been impressive, Bitcoin has also shown a tendency to drop by as much as a couple of hundred bucks per within a very short period of time.

Case in point, earlier this month, Bitcoin fell from about $1,825 to roughly $1,625 in a period of just a couple of days. In fact, that happened less than two weeks ago!

That just goes to show that getting in and getting out at the right time is valuable unless you are planning to hold Bitcoin as a long-term play. Those who got in at the beginning are certainly enjoying the fruits of their results thus far!

For those of you who think that, long-term, the Bitcoin bubble will inevitably burst, maybe it’s time to think again. That same suggestion was made at the beginning of this year by several investors while Investopedia seemed to hint at the idea of Bitcoin maybe doubling the year end values of last year and hitting $2,100 by the end of this year.

As we can see, it’s only May and those values have already essentially been seen. Maybe not $2,100, per se, but we are already pretty damn close.

In the meantime, the number of Bitcoins being mined, per day, and entering the market is declining. For those of you unfamiliar with how the cryptocurrency works, that is by design.

The best comparison that I can make is how a player might gain levels in some sort of RPG or phone app game. The game starts you off gaining levels for completing simple tasks or getting through easy levels, but as the game goes on, levels become substantially more difficult to gain. In the meantime, the gain to HP and other stats as one does gain levels, in raw numbers, is more appreciable per level gained.

Bitcoin is following the same pattern, and again, that pattern is by design. As the potential uses for Bitcoin grows and more and more outlets begin accepting the cryptocurrency as a form of payment, the demand for it goes up and the prices (as related to other currencies) as a result. In the meantime, the Bitcoins themselves become harder to mine, but also become more valuable when you do successfully mine one. These new Bitcoins are eventually added to the market, but for the time being, the demand for Bitcoin (price) is growing faster than the supply being mined.

While the prediction of maybe hitting $2,000 seemed somewhat off in January, Seeking Alpha made a similar prediction for the price just two short months ago, but again, suggested that it might happen by year’s end.

In particular, there is one segment of that article with which I fundamentally disagree, and will quote:

There is obviously no correlation between the bitcoin price and the dollar or any other regular asset. Large investors simply don't pull money out of currencies, stocks (NYSEARCA:SPY) or gold in order to buy bitcoins.

The first part seems reasonable enough, but I strongly disagree with the second. What large investors do is put money into positions in which they believe they have positive value. In fact, that’s what any advantage gambler (which investors with a lengthy history of success certainly are) will do. Thus, the notion that people are not investing in Bitcoin as a holding interest is somewhat misguided. It’s like saying that investors don’t sell large quantities of one stock to buy large quantities of another. Investors change their position anytime they see another position they think will be more profitable.

The article also highlights that the usage of Bitcoin, at what they call the, “Second Stage,” was primarily focused on, “Sin,” type spending and moved to Stage 3, which consists of more legitimate markets. In essence, though, Bitcoin is interesting in that it can increasingly populated the third stage without ever fully leaving the second one. This is especially true if Bitcoin valuations and transactions continue to not be strictly regulated by all countries. It’s kind of an interesting balance because increasing regulation increases Bitcoin’s perceived legitimacy, but at the same time, too much regulation might somewhat hamper the potential uses for the currency. 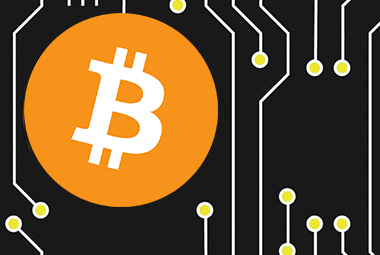 While the extreme price increases, which they most certainly are in a two month period, is a cause for celebration among Bitcoin users, traders and enthusiasts, it might serve to cause alarm to individuals who have thought about entering the market but have not yet done so. It compares pretty similarly to the precipitous rise in Bitcoin valuations in the year of 2013, which were followed by a tremendous drop. When you talk about the stability of a going concern, stability is what you want to see. That’s why many conservative investors in the market tend to put their money into a stock like WalMart. It’s safe, and much more often than not, it rises and falls slowly.

WMT is a little over 15% off its five-year high, in fact, that high was just over two years ago. It’s pretty clear that of two different investors, one who got into Bitcoin on that day in January of 2015 and the one who got into WMT, the one who got into BitCoin is quite a bit happier today assuming both held. However, a stock such as WMT has undeniable huge value given its physical presence whereas Bitcoin moves largely on subjective value. As part of being a cryptocurrency, Bitcoin doesn’t really have any attachment to a physical asset.

Of those consulted by CoinDesk, Vinny Langham is about the closest in terms of his prediction for year’s end corresponding with what happened so far.

In fact, he was the only one with his guess (2k-3k) to even include the possibility of BitCoin finishing the year over 2k, much less actually hitting it during the first half of the year. Is the guy always right or is he always lucky? It’s tough to say, because he has always been very bullish on Bitcoin. Further, we have no idea whether or not Bitcoin will actually finish at 2k+ by year’s end, but there is no real argument to say that it won’t given its continued increasing usage and popularity.

While the price development of Bitcoin is nothing short of impressive, I take no position on what I expect the prices of the cryptocurrency to do, other than to continue to fluctuate. It seems that the currency has done almost nothing but gain since 2013, but those gains have come by way of the spikes and dips both being wild, just the former outweighing the latter substantially. For anyone interested in an alternative form of both investment and payment, Bitcoin is definitely worth delving into more deeply.

When an orchid vendor in the USA has a website displaying Bitcoin Accepted Here, its no longer a novelty item. It may be shrouded in doubt and mystery, but its only going to be going up in price.

Bit coin viewed as stymied by indecision whereas Ethereum has made decisions involving fractional and high volume processing on a stable and supposedly hacker prof platform.

Talkin' 'bout a BOUNCE...how is this?

CNBC reported high school drop out is now millionaire at 18 due to bit coin.

Bitcoin bounced so hard it recently broke in half as part of some official administrative policy.

Todays crime headlines feature a UK model kidnapped in Italy with it coin ransom demands to her UK manager and bitcoin funded sex slave auctions on the dark web.

Bitcoin surpasses 4,000.00 dollars. Must be on steroids or something.

It seems to me that now everyone wants to buy bitcoins. And I'm no exception. I found a detailed guide and bitcoins here https://bitcoinbestbuy.com . I'm sure it will be useful to someone.