The Proof is in the Pudding

One of the hottest topics in the Craps section on these Wizard of Vegas Forums, whether or not deserved, is the topic of Dice Influencing. (a.k.a. Dice Setting, Dice Control)  The theory, amongst some, is that a player can gain an advantage in the game of Craps by being able to toss the dice in a manner that the probabilities of desired results are thereby more likely than a, "Random shooter," rolling two random dice.

Before we get any further into this topic, I want to declare myself neutral on the matter, but highly skeptical, at this time.  In the gambling world, extremely unlikely things occur on an almost daily basis, so I am looking at the potential for dice influencing to yield any kind of player advantage as extremely unlikely. 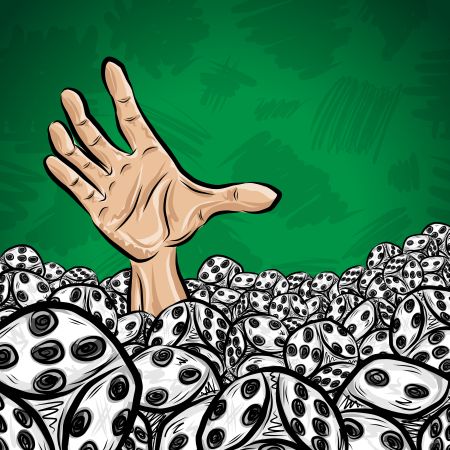 In any event, the subject of dice influencing is and remains a very hot topic amongst many Members of these Forums, regardless of whether or not actual, proof for or against exists one way or another.

My primary concern about all the talk of dice influencing is that many people have (and many more likely will) shelled out not insubstantial amounts of money to take classes that have claimed to be able to teach people how to influence the dice.  I shelled out some money to take classes myself, at University, but I knew that the classes would teach me what they claimed they were going to because the subjects in question, you know, definitely existed.

With that said, I think that there exists the possibility for conclusive proofs to be made with respect to the ability of an individual to influence the dice:

The first way it could be proven as highly likely, at least in my view, is for an individual to provide a sample of 10,000 rolls with a SRR (Seven to Rolls Ratio) of 1 Seven per 6.5 rolls.  If we accept that a Seven should randomly show up in one out of every six rolls, then we would expect roughly 1,667 sevens in 10,000 rolls.  However, if a Dice Influencer could achieve only one Seven in every 6.5 rolls, then we would expect to see a Seven in 1,538 of 10,000 rolls.

There are those that would argue that attempting that many rolls is simply too daunting to be done, however, someone need only make 200 rolls per day to complete this task in a period of 50 days.  The person could videotape these attempts using a dated USA Today Newspaper that is clearly visible in the background (if someone were to zoom in) and the person must broadcast live during a pre-determined time each day.

Since the person would not actually be playing Craps, there is really no reason why an individual, even setting the dice, could not achieve 100 rolls per hour.

It remains to be seen whether or not any of the vociferous defenders of the efficacy of dice influencing would be willing to take on such an arduous task, but if they were successful...while it wouldn't absolutely prove anything, I think the burden of proof would definitely shift back to the doubters.

The second way to prove the efficacy of dice influencing is simply by, "Putting their money where their mouth is," and consistently winning.  Either that, or at least being willing to accept a wager amongst the few that have been offered to such individuals on these Forums.

For example, if someone were so confident in their ability to influence the dice, then that person should not mind laying a little bit of odds against someone that wants to bet them that in x number of rolls they will average one or more sevens for every six rolls.  Alternatively, the person could bet Even Money that they would perform at or above whatever SRR of which they claim to be capable.

Not only would such a bet almost positively become an exciting event, but I think there would be betting on both sides Forum wide.  Furthermore, the person taking the, "No," as it were, could even stipulate that the alleged dice influencer could shoot the dice at any casino or location of his choosing.

In any event, the history of these conversations is such that I doubt that either of these things would ever happen, but if they did, the dice influencers would at least have some evidence to which they could point that would back up their claims.

Another thing that I have wondered about dice influencing is why the majority of these people seem to be Pass Line players looking for a high SRR.  If I were going to make a serious attempt to influence the dice, I think I would rather play the Don't Pass and try to learn how to shoot sevens because I am already more likely than not to win the bet once I have successfully gotten past the Come Out roll.  I will grant that a player can make the argument that, in the event that they win and there are other players at the table, that means they will have to pass the dice...but on the other hand, were I a dice influencer playing with an advantage, I'd rather have the table to myself anyway, so I'd just play alone.

At this point, the only thing that we can do is hope that, for all of the blustering and arguing that goes on back and forth amongst the proponents of dice influencing and its doubters, that we will eventually have something that might reasonably constitute proof one way or another.