It is true that systems change the Variance, to a degree.  They can result in greater or lesser bankroll swings than flat betting would.  As a result, there are certain systems that might do well if your goal is to just stay at the table for a long period of time, if you want to turn $100 into a crazy amount of money, or if you want to try to grind it out to meet a certain win goal.

In the long run?

All systems do is add negative numbers, it doesn't multiply them, so you don't have the effect of two (or any even number of negatives) resulting in a positive.  If you see any kind of betting system anywhere, it's garbage.  If someone is actually selling it, it's just going to be full of a bunch of creative phrasing and shoddy math. 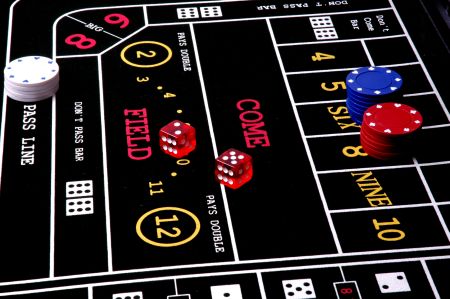 Come one, come all, and try out my system (when combined with my dice influencing classes, especially) that will present to you a surefire way to beat the Craps table.  All you need to do is get past the Come Out roll and you absolutely cannot lose.

The good news is, no matter the point number, you will then either make a Place Bet or a Buy Bet on the point, as appropriate, and you can't lose!

As you can see, based on the Expected Loss of your Don't Pass bet, you only need two Points to be established, and win, and you've already covered the Expectation for the Don't Pass bet on the Come Out roll!!!

It is true that the three essentially negates the eleven, in the long run, on the Come Out roll for the Don't Pass bet and that Snake Eyes offsets one of the six possible sevens, but it is important to look at it specifically.

So, yes, considering only the loss on the Come Out roll, the Snake Oil Salesman's case is absolutely true.  However, it's time to separate the truth from the balderdash!

Another thing that the Snake Oil Salesman says that is...true enough...is that you can't lose after the Come Out roll when you make that Place/Buy bet.  That's only a half truth with a more accurate statement being, "You cannot experience a net loss on your bets once you have made it past the Come Out roll."

The reason that this is important is because you ARE LOSING by making those Place/Buy bets.  The only reason that the Don't Pass bet has a House Edge is BECAUSE of how many ways it can lose on the Come Out roll, so there really is nothing impressive in finding a way to, "Offset," the bet after the Come Out roll.

Also, once the player gets past the Come Out roll, OF COURSE THERE IS AN EXPECTATION OF PROFIT WITH THE SYSTEM, and the reason why is because there would be an expectation of profit, anyway.

Parenthetically, a Come Out 12 is only relevant if you are deciding to look at the House Edge on a Per Bet Made or Per Bet Resolved basis, I don't really care.

The first thing that we should do is see how our Snake Oil System performs based on the combined likelihood of rolling the numbers in question and the Expected Win associated therewith:

Wow!  Those numbers certainly seem different than what our Snake Oil Salesman got.  The reason why is because his, "Expected Win," is based on the Come Out roll having already happened and completely ignores the probabilities of actually achieving a specific result on the Come Out roll.

In terms of expectation, not surprisingly, our best expectation is on the Four and the Ten if we are hedging against our Don't Pass bet, and the reason why is because there are longer Odds on those, and we are always hedging for $30.

Okay, let's look at just having our Don't Pass bet:

Thus, if we compare the Expected Values of Positive Results:

Further, the Don't Pass only continues to have a better Expected Value when the Point is 4 or 10, and why wouldn't it?  It's more likely to win at those times!

After making what I will refer to as a, "Base Bet," or a, "Starting Bet," the only way any kind of a system could improve the House Edge against the player is if it were a lower House Edge bet than the Base Bet to begin with, of course, then the player should just be making that bet, or none at all.

It's kind of weird that you talk about the long run when in fact, not one of us is here for the long run! I disagree with computer simulators as well because both you and I can't play millions of hands. And as you know, anything can happen in the short run so all systems are crap??? We have to agree to disagree!