The Day the Lottery Lost 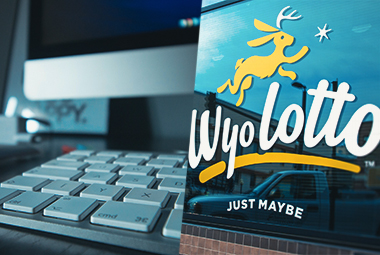 The point of all of this is that it is very easy for a casino to win. All that they have to do is put in games that have a house edge and simply wait long enough. It’s for that reason that it’s quite a rare site, in revenue reports, to see any segment of a casino lose.

In the extraordinarily rare event that happens (and would only ever happen in a monthly revenue report, it’s nearly impossible for a casino to lose on a given game over a year) it’s because some high-roller came in and had a great run. In situations of this nature, what usually happened is that the casino also gave this player much higher maximum bets than they would usually allow for.

State Lotteries follow this same concept, except with a much greater house edge. In many cases (such as Powerball) that’s necessary to ensure that things, “Balance out,” simply because the jackpots are so absurdly large compared to the amount bet.

The formula is really simple:

Of course, casinos will sometimes try to get creative. As a result, they will sometimes lose massive amounts of money on a particular promotion as has been documented here.

I guess the problem simply lies in getting too creative. In the case of the report above, the promotion itself changed what would normally be a house edge on the games that were played into an advantage for some of the players---provided the players in question knew how the promotion changed the overall mathematical expectation.

In the case that we are going to discuss today, the Wyoming State Lottery did NOT do anything that would alter the expectation of the game in which they took a bath. They simply got, “Unlucky.” Still, the root cause was being too creative and not considering what it was they were offering.

The 2019 Fiscal Year was standard fare for the Wyoming State Lottery. They sold a ton of Powerball, Mega Millions, Cowboy Up, Luck for Life and other tickets, and won on everything. The 2018 Fiscal Year was much the same, except they sold $85,000 in raffle tickets:

And paid out nothing.

Don’t worry, the Wyoming State Lottery didn’t bilk anyone out of their money, at least, not anymore than they usually do. They introduced a new game called, “Ragtime Raffle,” that just happened to take place during two separate fiscal years. 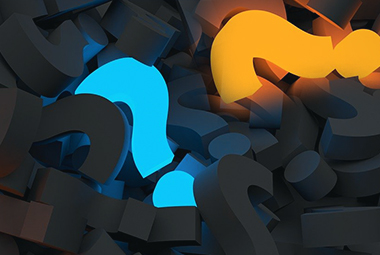 Basically, the game did not achieve its stated purpose:

PURPOSE: The Game’s purpose is to generate revenue for the Wyoming Lottery Corporation through the operation of a raffle game that will award prizes to Game Ticket holders matching specified numbers randomly-selected in scheduled Drawings.

It’s clear that the intent was to make money, so what went wrong? Let’s take a look at the rules:

Can you guess which one occurred first?

The total in prizes paid out was $900,000, so that leads one to conclude that the Grand Prize was hit, and additionally, two of the early bird prizes were hit. That’s the only way the final payout makes sense, so the lottery did get, “Lucky,” in the sense that they did not end up selling any of the specially numbered tickets for a $5,000 prize.

Approximately, there was only a probability of about 21.77% of that many unique tickets being sold (with numbers randomly drawn) and none of them being the guaranteed prize numbers. Alternatively, it’s possible that those numbers were sold, but the purchasers simply failed to redeem the tickets for the prizes.

The lottery’s luck would end there, however, as they managed to draw two of the $75,000 winning numbers and also one of the numbers drawn won the grand prize.

These numbers were effectively drawn with replacement, which simply means that it was possible for the same winning ticket number to be drawn multiple times. As a result, the probability of a winner being drawn was fixed.

In the case of the grand prize, this is easy: The probability of a number that would be drawn corresponding to the grand prize was 26.282%, because there were 100,000 possible numbers, 26,282 tickets sold, and only one drawing.

Each of the three individual drawings for $75,000 had the same probability, individually speaking. Here are the probabilities:

The thing to understand about this is that the House Edge did not change. Let’s look at the expected value for an individual $20 ticket:

The problem that the lottery ended up having with this drawing is that it had a humongous advantage, but even with such an advantage, it remains possible to get absolutely clobbered in the short run...especially with a high variance game, such as this one.

Despite having an expected win of $10 on every single ticket sold, which in this case, means an expected win of $262,820, whether the Wyoming State Lottery won or lost on this overall proposition all came down to whether or not there would be a grand prize winner. Unfortunately for them, that more than three out of four chance there wouldn’t be didn’t come in and they got clobbered.

It’s a good thing, too, not just for the player who won the grand prize...but also because I probably wouldn’t have looked further into this game if I hadn’t seen that the lottery took a huge loss on a game and asked myself, “How the hell did that happen?” 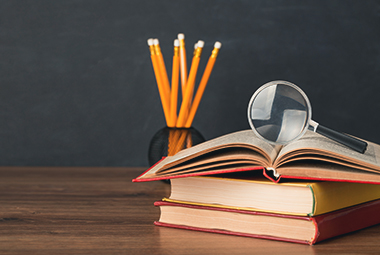 LESSONS TO BE LEARNT AND CONCLUSION

The lesson for players is this: Don’t confuse short-term results with long-term expectation. We see that the Wyoming State Lottery got absolutely massacred on this game, but it doesn’t change the fact that they expected to profit $10 for every $20 ticket sold.

It’s the same with anything else, to varying degrees. You might try betting systems out, which are often designed to have a high probability of winning an individual trial and early success might lead you to some conclusions as to their long-term viability. However, they are not viable in the long term.

If this lottery, as intended, had sold all 100,000 tickets, then there would have been literally no way for them to lose. PowerBall and Mega Millions lotteries might lose on individual mega jackpot drawings, but they made all of their money before that and the majority of the contributions to the top prize end up being player-funded.

As the player, you should think of casinos the same way: just with much smaller jackpots. They simply take too many bets for them to lose in the long run as long as there is nothing that might change the underlying expectation, or house edge. Your outliers are going to get ahead using various, “Strategies,” or betting systems, and they might stay that way for a long time...just like someone will eventually win the Mega Millions drawing, as long as people keep buying tickets.

The majority of players will lose and they will start doing it relatively early. You’ll probably be one of them. Just because someone will probably win the Mega Millions jackpot, given enough drawings and tickets sold, doesn’t make that someone at all likely to be you.

The lesson for the lottery is: Don’t get too cute. While this game was certainly a creative thing to roll out, we can clearly see that the lottery lost in the end because they selected a specific date and failed to sell enough tickets by then. They were also seemingly counting on an average of more than 1 in 4 adults (based on state population) to want to buy a ticket in that relatively small period of time, so that might not have been the best idea.

Had they gone with the tried and true 50/50 raffle, quite simply, they couldn’t have lost.

In conclusion, don’t reinvent the wheel.