In our previous Introduction to Advantage Play article, we discussed the importance of, "Keeping your eyes open," for unique opportunities.  In this article, we're going to tackle a subject that is a bit more well-known with potential plays all over the casino floor:

Must-Hit slots are the new slot craze sweeping the nation with many of the biggest slot manufacturers such as Ainsworth and WMS (amongst others) are rolling out various Must-Hit machines such as Zeus III, Quick Strike Progressive (Konami makes that one) and a smorgasbord of others that are too vast in scope to list them all here. 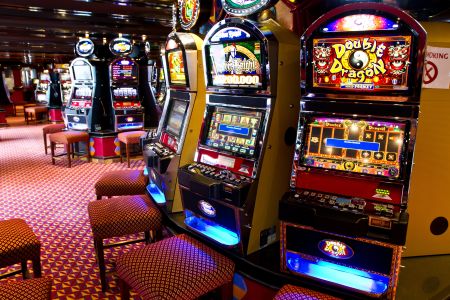 These types of machines will have one Progressive, or more, that must hit by a certain dollar value.  For example, many WMS Zeus III machines that I have seen have a Minor that starts at $20.00 and must hit by $50.00 and also have a Major that starts at $200 and must-hit by $500.  There will be some mechanism by which the Progressive is increased, and if it reaches that maximum point, it will award automatically.

What type of meter move is it?

If you find a machine that you believe may be at an advantage, it is very important to determine what moves the meter.  In my experience, there are two types of meter moves, the first of which I will call a, "Fixed," meter move and the second I will refer to as a, "Win-Based," meter move.  We are going to address, "Fixed," meter move machines first because I believe that they are more common, and, there is only one real difference in deciding whether or not to play a Win-Based machine anyway.

In my personal experience, while I have certainly encountered Win-Based meter moves on must-hit machines, Fixed meter moves seem to be much more common.  The most frequent dollar amounts that I have seen are $2.00, $4.00 or $5.00 coin-in (i.e. total made in bets) and each meter will move $0.01, but not always at the same time.

Second only to the amount of the Progressive and the, "Must-Hit," point, the meter move is the most important aspect of these machines to determine.  Fortunately, if you see a dollar value that you think might be positive, determining the meter move is an inexpensive, reasonably quick, and simple affair:

All About the Meter Move

The meter move is going to be what tells you the most important piece of information that you need to know, specifically, it will tell you how much more coin-in (total bets) you have to play through the machine to guarantee that the Progressive hits.  This is going to make a tremendous difference in whether or not a machine can be considered playable.

If we assumed that we would have to push the machine all the way to the must-hit point, and we assumed that the machine otherwise returns 85% of all monies bet (not counting the Progressive), then our expected loss to push our machine with the $2.00 meter move would be $360 to win $500 and our expected loss to push the $5.00 meter move machine would be $900 to win $500.

While we don't know for sure how (or if) the amount that it is going to hit is pre-determined, many people (myself included) believe that the machine randomly selects its next, "Hit amount," for each Progressive after the Progressive hits.  If that is the case, then it could reasonably be assumed that the Progressive can be expected to hit at the halfway point between where it stands and the must-hit number.  In the case of our above machine, then, we might expect that it should hit by $494.00.  ($500+$488)/2 = $494

Whether or not you use this assumption is entirely up to you.  From my perspective, it might make a borderline play hittable, especially when we factor in comp dollars and offers, but I'm personally much more conservative with these than to always use the halfway assumption.

The Value of the Minor

If you are going for a Major jackpot that you think may be good, then it might also be important to consider the, "Must-Hit," point of the Minor, even if that point is not good in and of itself.  For example, if we have a major at $488 with an accompanying Minor at $39, and both have a $2.00 meter move, then we know that the Minor WILL ABSOLUTELY HIT if we have to push the major all the way.  Because that is the case, we can effectively subtract $25 from our expected loss (the increase to the Minor before it must-hit) when we calculate how much it would take to, "Buy the Progressive."

The Major Contribution Given the Halfway Assumption 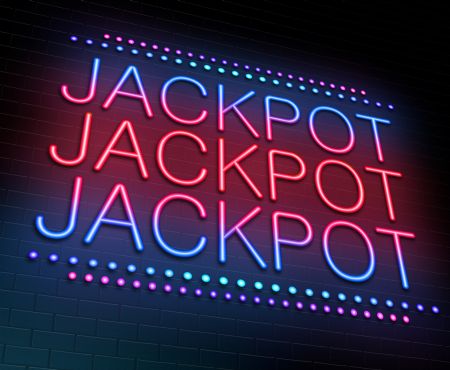 The Pays/Help screen will often state something to the effect of, "The more that you bet, the greater the probability of hitting the Progressive," and that's a true statement even given this assumption because higher bets will drive the number up to the hit point faster.

There are a few of these must-hit machines that are, "Win-Based," in that some percentage of the win goes to the Progressive.  If you want to assume an overall return, it is still a simple matter to figure out how much it should take in bets in order to reach the must-hit point.

The first thing a player would do is determine what percentage of the win feeds the Progressive what amount.  To do this, a player might bet the minimum and wait until the meter moves a penny.  At that point, a player could continue to bet this way and track wins until it moves another penny.

For example, if the player wins a total of $2.00 and the machine moves $0.01, and you would probably want to test this more than once to be sure, then the move for that meter would be 0.5% of all wins.

The Best Way to Play

Absent other considerations, such as a desired minimum hourly win and/or complete and abject boredom, the best way to play is by betting the least amount possible if you are at an advantage.  Simply put, Variance is the only way a negative expectation bettor can win over a given length of time and it is also (as well as bankroll) the only way a positive expectation bettor can lose.

It is important, however, to pay attention to the Help/Rules screen and make sure that short-coining does not mean anything is getting short-paid, otherwise, you would do better in pure expected value terms to bet more.

Ultimately, if the above assumptions are not in error, the expected value of the play is going to be the same no matter how much you are betting, and the bet amount only changes the Variance.  If you believe you are at an advantage on these machines, then the best probability you have of winning is to get as close to the, "Law of Large Numbers," as you can which entails making as many plays as possible.  Again, it is why negative expectation bettors lose in the end and positive expectation bettors win.

Fortunately, we don't necessarily have to assume everything on these machines, the two most important pieces of information are where the meter is and what is the meter move.  From there, you might also take into consideration the minimum allowable return, if applicable, in your jurisdiction.

With just those tools, it doesn't require a ton of mathematical ability to at least determine if you are almost certainly at an advantage.  Quite frankly, if you spend enough time in casinos, you will eventually run into one of these types of plays that is, "Stupid obvious," but hopefully this guideline can be of benefit to you when its not so obvious.