Why Slot Players are Screwing Everything Up

"A rose by any other name would smell as sweet."-Romeo & Juliet by William Shakespeare.

"A Slot Box by any other name (Racino) would still be a Slot Box."-Mission146

For all of you fans of literature out there, please do not get the misimpression that I am comparing myself, in any way, to Shakespeare.  The point that I am making here is that Slot Boxes are popping up all over the place and I see this as having a potentially negative effect on Advantage Players.

When it comes to good Table Game Rules, strong Video Poker Paytables and decent slot/keno payouts, the emphasis is always going to be on supply, demand and profit potential.  As I have discussed in previous Articles, many of the major Strip casinos, just for one example, don't offer strong Table Game Rules for small stakes or strong Video Poker Paytables because, well, they don't have to.  For the most part, those things wouldn't even meaningfully attract the type of guests they want, anyway.

This might be an issue of concern for Advantage Players, such as myself, who reside outside of Las Vegas, but the popping up of slot boxes in States such as West Virginia and Ohio have proved one thing:  Casinos, or, "Casinos," can generate revenue without having any playable games whatsoever.  My concern is that, when enough casinos get this idea, and we may be talking about decades from now, is it possible that most places will be glorified Slot Boxes and even those places with Tables offer such bad Rules that one may as well be playing a slot machine? 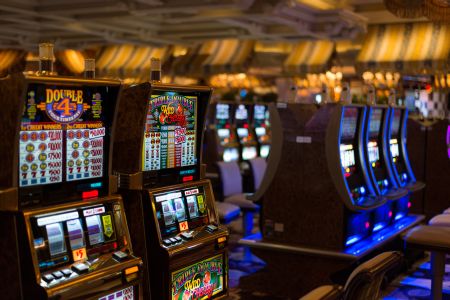 If you think places such as Vegas are immune to it, think again.  For one thing, right in Downtown Vegas, two well-known Slot Boxes are La Bayou and Mermaids.  These locations are popular for having a unique theme, unique snacks and drinks, as well as a total party atmosphere.  It's true that these two, "Casinos," thrive because of the Fremont Street Experience traffic (and I'd be lying if I said I never played at them) but even outside of these high traffic zones, there is the Dotty's chain which is a thriving enterprise closely comparable to West Virginia's parlors.  They are also a huge thorn in the side of Station Casinos.

In the meantime, many casinos still offer playable (and some offer beatable) games, but, that's because they are in the position where any customer that has an expectation of providing a non-zero amount of revenue is a good customer.

In fairness, it should be stated that there are a number of Advantage Play opportunities on many slot machines, and I have discussed a good few of them throughout some of my Articles as well as on the Forums, but unless someone lives really close to a Slot Box, I don't really consider it a worthwhile trip to look for slot opportunities there.

Let us first consider the numbers for Pennsylvania.  The year-to-date, updated in June of 2015, (January-May) has the PA casinos raking in roughly 9.89 million in slots revenue and 3.31 million in Table Games revenue, which is a ratio of 2.99:1 in favor of slots.

Those numbers, in and of themselves, are hardly alarming, some would say expected.  It should also be mentioned that all of the casinos in Pennsylvania have both slots and table games with a number of them housing live racing.

It is when we get to the Ohio numbers that we realize that Casinos and/or Slot Boxes do not necessarily have to have playable games in order to achieve solid revenues.  Racinos, for example, in the State of Ohio, do not have Table Games.  Moreover, I have not personally been to (or heard of) a Racino that has Video Poker, they are true Slot Boxes, just Slots and Video Keno.

In the State of Ohio, year-to-date, "Statewide Casinos," (Casinos with both slots and Table Games) pulled in 1.15 million in Table Games revenue and 2.30 million in Slot Revenue.  What initially seems odd about these statistics is that is a ratio of only 2:1 in favor of slots.

The Ohio Racinos, on the other hand, pulled in 3.43 million, all slots, which is only slightly less than the casinos pulled in with slots and tables combined.  Furthermore, if you add the Slot Revenue for Racinos to that of Casinos, you end up with 5.73 million in Slot Revenue for the State, and a new ratio of 4.98:1 in favor of slots.

In other words, a significantly greater ratio than that found in PA.

The only possible reason for this is convenience gambling.  It is clear that your average gambler is concerned so little with getting decent odds and playable games that they will cumulatively spend just as much money in establishments with no playable games (base pays) whatsoever compared to establishments that have regular offerings of something comparatively better.  Even if someone might ordinarily only have the desire to gamble on better returning Video Poker games, or Table games, it is clear that many people are forgoing the drive to the casinos and choosing Slot Boxes instead.

While I lack specific revenue numbers, I can also say that West Virginia has establishments considerably smaller than Racinos.  What I term, "Slot parlors," are establishments that are licensed to house five machines, unless it is qualified as a private club, then they may have ten machines.  West Virginia is allowed, pursuant to Legislation, to license up to 9000 machines, so that's likely as many as 1400+ locations if we allow for private clubs.

That, as compared to Four Casinos and the Greenbrier Resort, which is licensed separately.

It's true that these parlors have Video Poker as well as Slots and Keno, unfortunately, the Maximum theoretical return, by law, of any machine in these establishments is 95%.

If that's not enough to make you believe me, then let's go for a side-by-side comparison.  There are two major gambling establishments in the city of Columbus, Ohio.  The first one is a Racino named Scioto Downs while the second is Hollywood Casino Columbus.

In terms of offerings, it's not even reasonable to attempt to compare the two properties.  You have one property that offers the full gamut of games and the only thing that Scioto Downs can even arguably have on Hollywood is live Horse Racing, if that's what you are into.  Yet, Hollywood Casino managed to pull in $60,831,698 in YTD slot revenue (which includes Video Poker, and an overall 8.32% hold) compared to Scioto Downs coming in with $60,785,733 Net Win on slots at an overall 8.81% hold.

That's right, you have a Racino with its Video Keno and Slots compared to a full-on casino, with a lower total machine hold no less, and the slot revenues are identical.

It may seem like I am cherry-picking a market here by comparing PA to OH and Ohio Racinos to Casinos and West Virginia parlors, but make no mistake, there are a good many customers in Vegas who prefer their little Grandma's kitchen looking Dotty's to a full casino.

I'm not saying that there is anything fundamentally wrong with any of this, people have money and, therefore, have the right to spend it where they please.  The point that I am making is that fewer and fewer people even remotely care about the odds they are getting when they gamble and, when enough people stop caring about decent odds, casinos will stop offering decent odds.

I believe maximum revenue should be maximum revenue earned with fairness and dignity instead. The holds these places offer are neither fair nor showing dignity to the patrons. If the casinos acted along the same paths every other business, I would have no problem, but they don't. They rely on a local monopoly enforced by the state to set any price they want and being able to keep gamblers in the dark about the odds they face.

West Virginia parlors offer better odds than their large casino competitors with video slots at 8% holds at low stakes while the big guys are probably holding 12% if not 14% or more. I think small and independently competitive is better for the people.

Zero AP comes from the manufacturers often times discouraging certain styles of games and them being able to pick the fruit for themselves before anyone. If anyone is going to make a buck, they have the power and control to take money first through participation agreements which lowers any return before a single bet happens.

>> fewer people even remotely care about the odds they are getting when they gamble
A good deal of slot action now is a "social side task". There is a famous liquor store in Illinois, it has a Video Gaming parlor. The store's sign lists list various categories of booze but at the top of the sign is 'Video Gaming'.
People go there to buy wine. Good wine, real cheap. They then go the video room and chat, have some munchies and make a twenty dollar donation to Illinois.

Under circumstances like that it is impossible to even consider house edge. They are shopping and chatting. Real gambling is not on the agenda at all, yet they play with real money.