Why They Know More Than the Employees...in Some Ways

I certainly have the Wizard of Vegas Forums to thank for this Article, especially considering the inspiration for the present Article was derived directly from a thread that is still active as of the time of this writing.

In this thread, a poster with the handle, "Dodsferd," demonstrates what I might consider a significant knowledge of the inner workings of casino surveillance.  However, at one point (Pages 12-14 in the thread) there is a question of Dodsferd's legitimacy given the fact that he is not aware of Griffin Investigations.

Griffin Investigations, for those who may not know, is an investigative energy that gathered information on Advantage Players and cheats alike and compiled this information in what is known as the, "Griffin Book."  This book was once the most comprehensive and up-to-date resource casinos had with respect to information on cheats and advantage players, but now, OSN (Oregon Surveillance Network) is believed to have significantly more clients than Griffin.

Griffin Investigations filed for bankruptcy back in 2005, and the company fell apart pretty rapidly.  Beverly Griffin purchased the other half of the company from her retired ex-husband around 2008.

Anyway, I maintain that Dodsford had no reason to know any of this if he was not engaged in surveillance prior to 2005, which he later confirmed (which didn't surprise me at all) that he had not been. 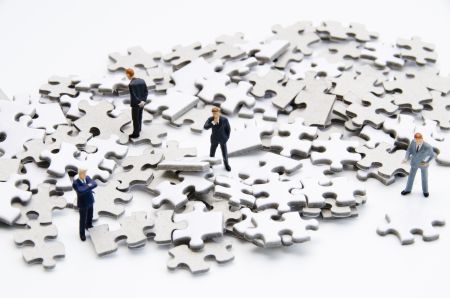 The two things that I see somewhat frequently, when reading the Forums or talking to Advantage Players in person, is a sense of mild paranoia when it comes to casino employees and casinos in and of themselves. Secondly, kind of on the opposite note, I often hear (some, certainly not the majority) disparage casino employees for their lack of knowledge or question claimed casino employees' legitimacy because they don't know one thing or the other.

However, when it comes to general casino knowledge, I think that there are a number of reasons why Advantage Players could and should know more than casino employees.  Here are four reasons I can think of off-hand:

1.)  If You Work There, a Casino is Kind of Like a Department Store

The point that I'm making is that I sold furniture for a very brief period of time, but I occasionally had to walk through other departments in the store for one reason or another, usually I was trying to get out of the store for my lunch break, or something along those lines.  It was not unusual for a customer to stop me on my way out and ask me something about shoes, or bras, or jewelry, or what have you.

Obviously, in such a situation, the only thing that I can really do is look around (while precious minutes are burning off my lunch...I hope there's no line at the pizza place today!) and try to find someone who works in that department.

The point of the matter is that AP's essentially, "Work," in multiple departments of the casino.  For instance, they want to try to get all the information they can about Marketing, so they know what kind of Free Play they might expect.  Some AP's do so on both Table Games and Slots/VP, so they want to know how all of those games work.  AP"s need to do research and mathematical analysis on their game(s) of choice, so that they can determine whether game x, y or z is beatable.  AP's also would LOVE to know, in many cases, how security/surveillance works in one casino or another.

When I sold furniture, I really had no interest or concern with what brand would make for the best training bra for a kid just starting to enter that time.  I didn't care (or know) what percentage off they were doing on watches in jewelry.  I just wanted people to come in looking for mattresses, because my commission on mattresses was 8%.

2.)  Even Then, You Might Not Know Everything in Your Department

It's kind of like Ron Livingston, as Peter Gibbons, said in Office Space, "...that will only make someone work hard enough not to get fired."

I'm taking the quote out of context, but it applies to everything.  I obviously tried to work customers at the furniture store pretty hard because how much I made depended directly on how much these people bought.

Anyway, I was pretty good at selling furniture, I wasn't as good as the people who had been on the floor doing it for 30+ years, but I was good enough not to get fired.  I remember, though, we had something called the, "Chris Madden," collection, I'm guessing that's a designer, I really couldn't tell you.  Maybe there's someone on Earth that gives more than zero craps who Chris Madden is, that someone isn't me.

I also know that Sealy and Serta, in some order, I could have told you then, are the #1 and #2 highest grossing mattress manufacturers in the country.  Who was #3?  Hell if I know, we didn't sell #3.

The point is that, for an AP, making money from casino is the job, so it is in an AP's best interest to gather all of the information he/she can about even the most obscure aspects of casinos.  For a casino employee, on the other hand, they really only want to know enough to do their jobs more-or-less competently.

That doesn't make them stupid people, it just means that not all of them take an interest in their field of employment outside of when they are on the clock.  I think that's true of most people, I don't think that a restaurant dishwasher necessarily goes home and researches the best possible products for cleaning the grease off of plates effectively.

3.)  (Many) Advantage Players Have Been Doing it Longer

Courtesy of the MGM Resorts site, let's look at their Requirements for a Surveillance Operator job that is posted as of the time of this writing:

There you have it.  To work at MGM Resorts, at one of their resort properties, they would prefer that a candidate have one year of experience in a resort setting.

I think it is fair to say that most AP's have been at it for more than a year.

It is true that they want you to know at least one card-counting system, and have working knowledge of four Table Games.

However, the thing is, to work at one of the largest casino resorts on the planet, the prospective candidate can be less educated than me, and arguably, know less than I know about gambling.

Which...is kind of my point.

Advantage Players may or may not plan to be in the field of Advantage Play forever, but they mostly don't seem to have a pre-determined time that they think they are going to stop.  Therefore, you have someone with experience doing what they are doing who plans to get more experience.  With respect to casino workers, I imagine some of them might plan to make a lifetime career out of it, but it is just as likely that it is some sort of transitional job for them.

I am absolutely not saying that Advantage Players are better educated than your average casino employee.  I've not seen any studies done to that effect, so I wouldn't know.

What I do know, however, is that any AP that can mathematically analyze a Promotion or game could pass college-level math classes, with ease, and as we see, college does not seem to be a requirement to work at MGM Resorts in Surveillance.

The point is that, the more that the AP knows about gambling, the more money that the AP is going to stand to make.  In contrast, the casino employee really only has to know enough to do his/her job.

Other than that, I would think it is mainly procedures and payouts, but as with any other job, there's probably a lot to it that the public doesn't see.

The point is that, if someone is a Table Games AP and that person does not know more about the Table Game in question than the Dealer...it's either a very well-read dealer or an AP who hasn't studied hard enough.

The point is, if you're an AP, casino employees probably are not keeping tabs on what you are doing, unless it is a casino employee whose job it is to be keeping tabs on what you are doing.  Further, casino staff not knowing anything about other departments, the history of gaming or games, or even not knowing everything about his/her own game doesn't make them unintelligent...it makes them a person who, like many, wants to clock out for the day and get the Hell home.

All possible conversations with such people should be welcomed, though, because they may well know something that you don't.