smoothgrh
Joined: Oct 26, 2011
I was at my local government office this morning, and while I was testing my distance vision, I noticed a familiar name: it can't be that guy I know about from online, could it?! (Based on a search of this site—yes!) 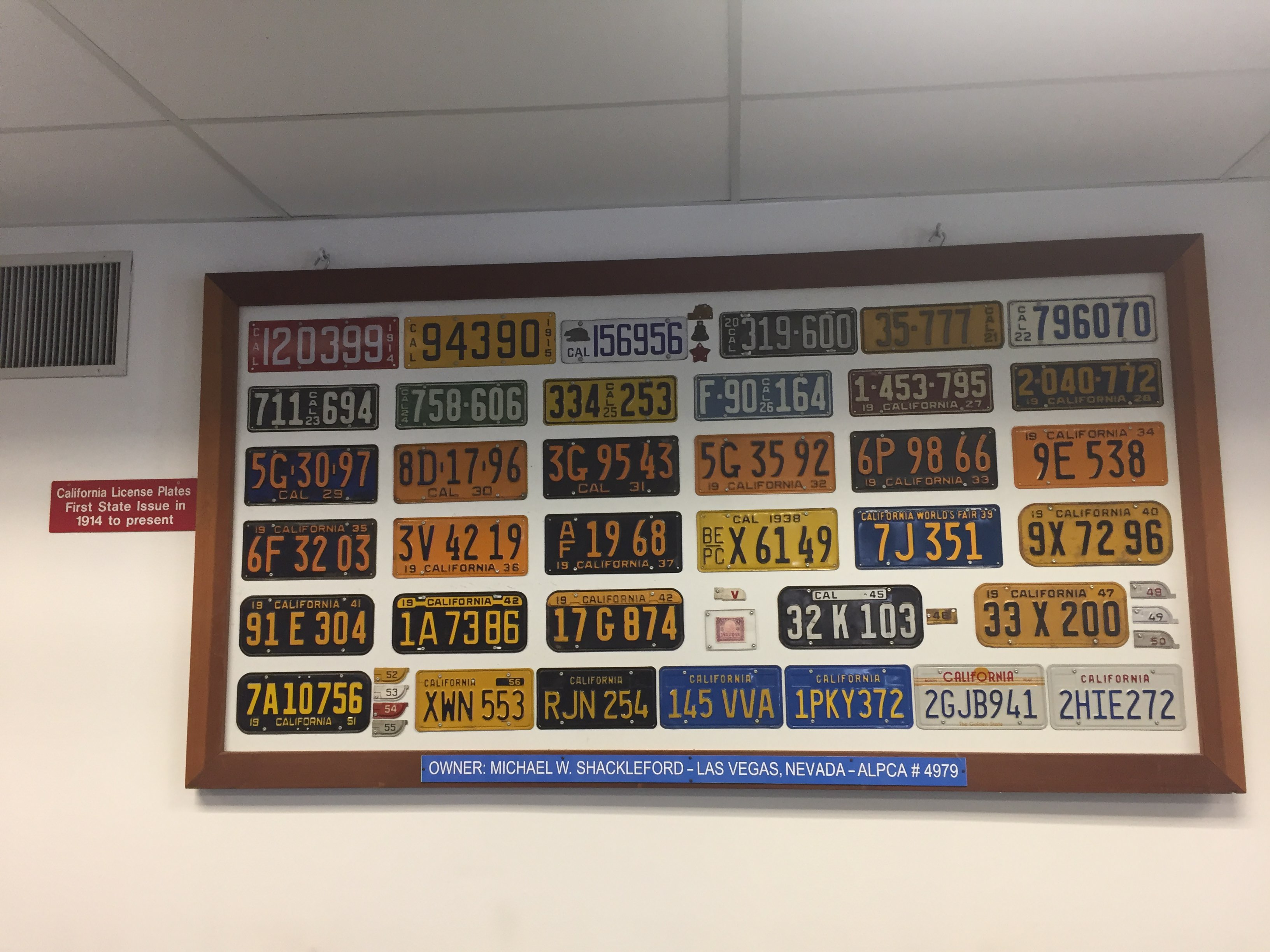 Here's a young MS with a friend.

http://mathproblems.info/tags/
Take care out there. Spare a thought for the newly poor who were happy in their world just a few days ago, but whose whole way of life just collapsed..
boymimbo

Of course it's him. The Wizard has lived a fascinating life.
----- You want the truth! You can't handle the truth!
MrV
MrV
Joined: Feb 13, 2010
Thanks for this post from:

It's funny the stuff we wind up collecting.

It's funny the stuff we wind up collecting.

Me, it's Dinky Toys.

You could have given me a thousand guesses and I would have never guessed.
Quasimodo? Does that name ring a bell?
Wizard
Administrator

Yes, that is absolutely my collection! I'm happy somebody finally put two and two together. I've got displays in several California DMV offices, the Highway Patrol headquarters, and the Riverside car museum in Laughlin.

I write about my misadventures collecting license plates at DT in the thread License plate collecting with the Wizard.
It's not whether you win or lose; it's whether or not you had a good bet.
Doc

I am pleased to have contributed two collegiate affinity plates to the Wizard's collection. Here are links to photos (previously posted in this forum) that present the proof, one from late April 2010 and one from January 2015. No, they don't show up in the list of items in his collection, as posted in that mathproblems site linked above, but that seems to be an old list. I don't know whether he kept these two or found a better use for them. I am not a license plate collector, and the first of those plates became redundant after I moved from Georgia to North Carolina, as did the second one after I requested a personalized number on an affinity tag for the same school.
100xOdds

Here's a young MS with a friend.

also, 7 years with children really ages you, huh?
:)
Craps is paradise (Pair of dice). Lets hear it for the SpeedCount Mathletes :)
Wizard
Administrator

Indeed.
It's not whether you win or lose; it's whether or not you had a good bet.
JohnnyQ

JohnnyQ
Joined: Nov 3, 2009
Very nice display !
Like the castle in its corner In a medieval game; I foresee terrible trouble And I stay here just the same
RSS Feed